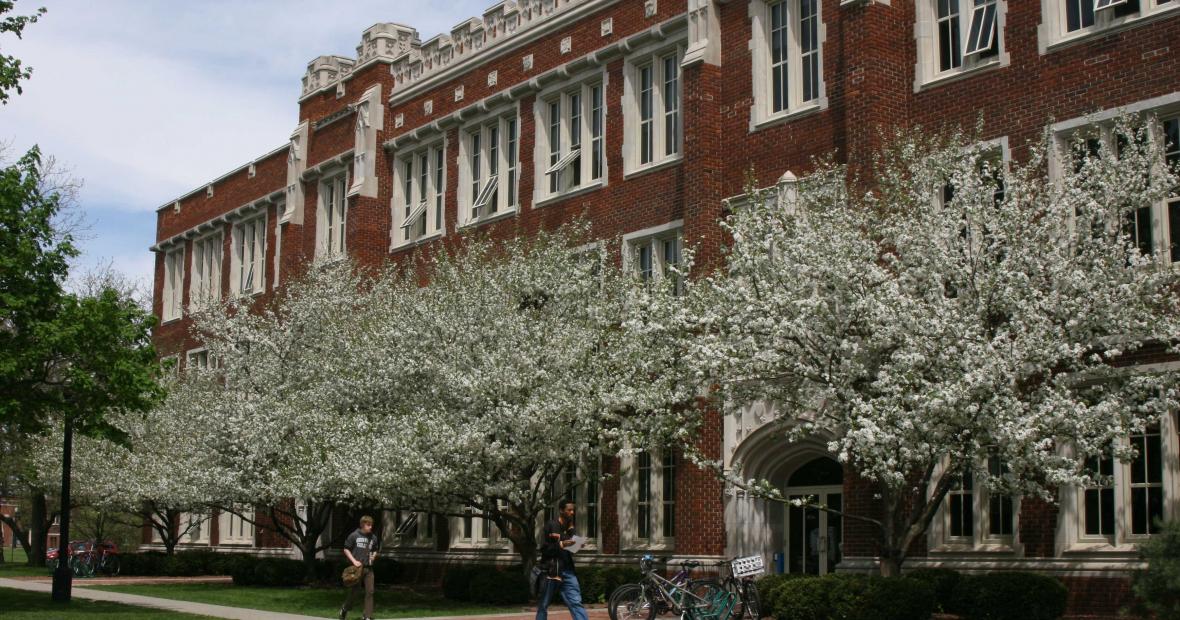 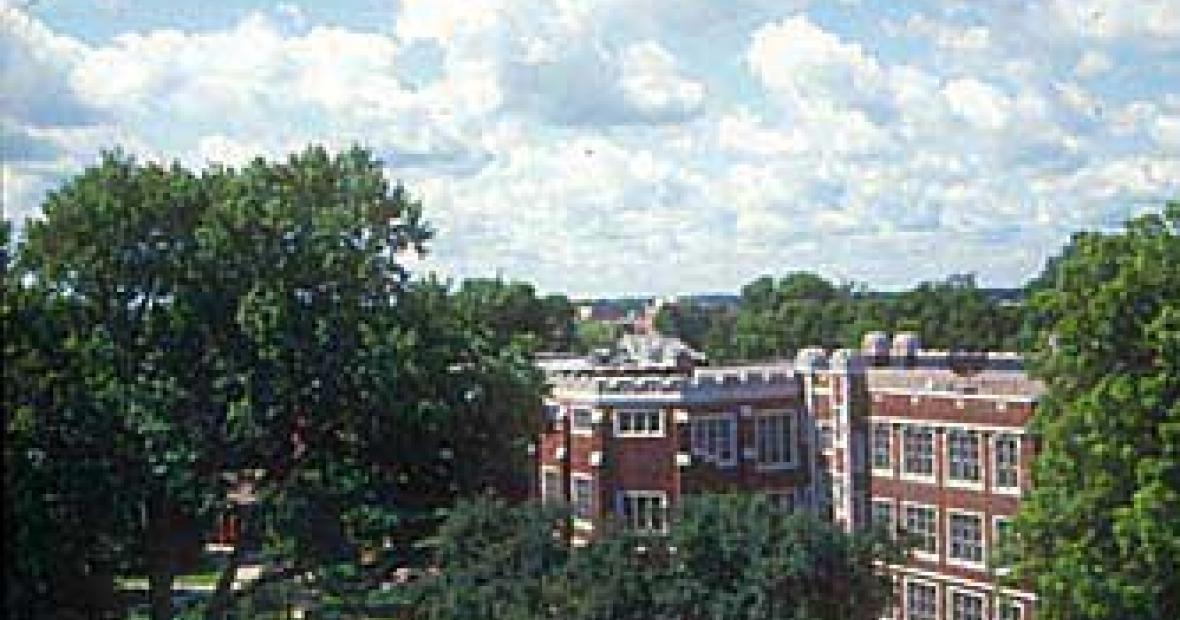 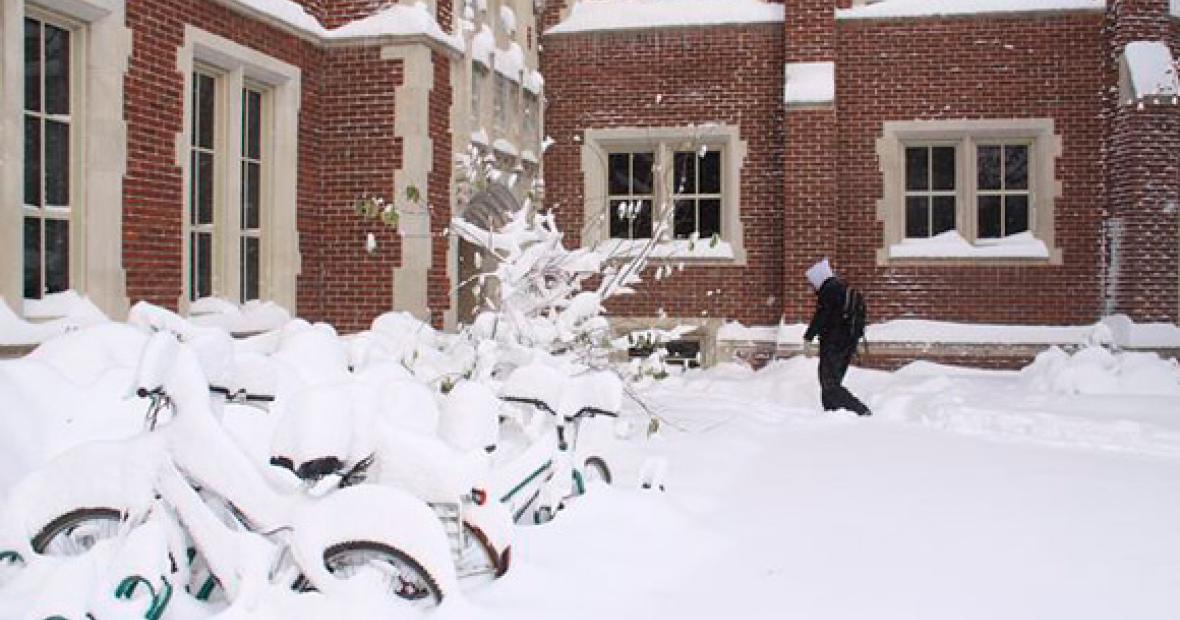 Bicycles form surreal shapes beneath the drifts outside ARH. December 9, 2009 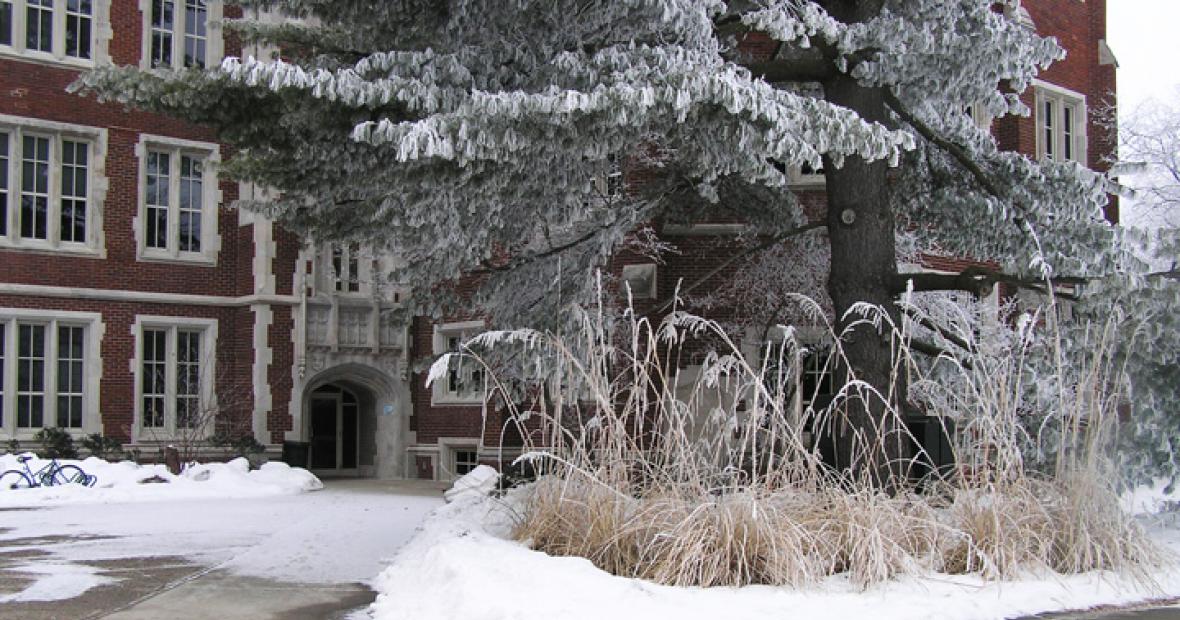 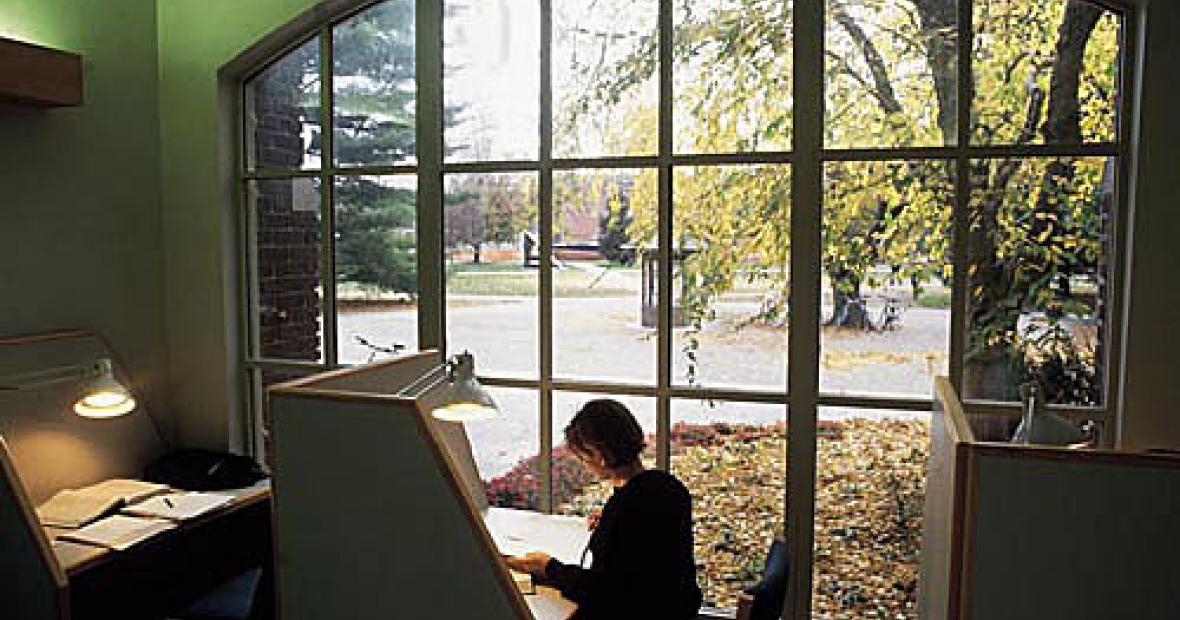 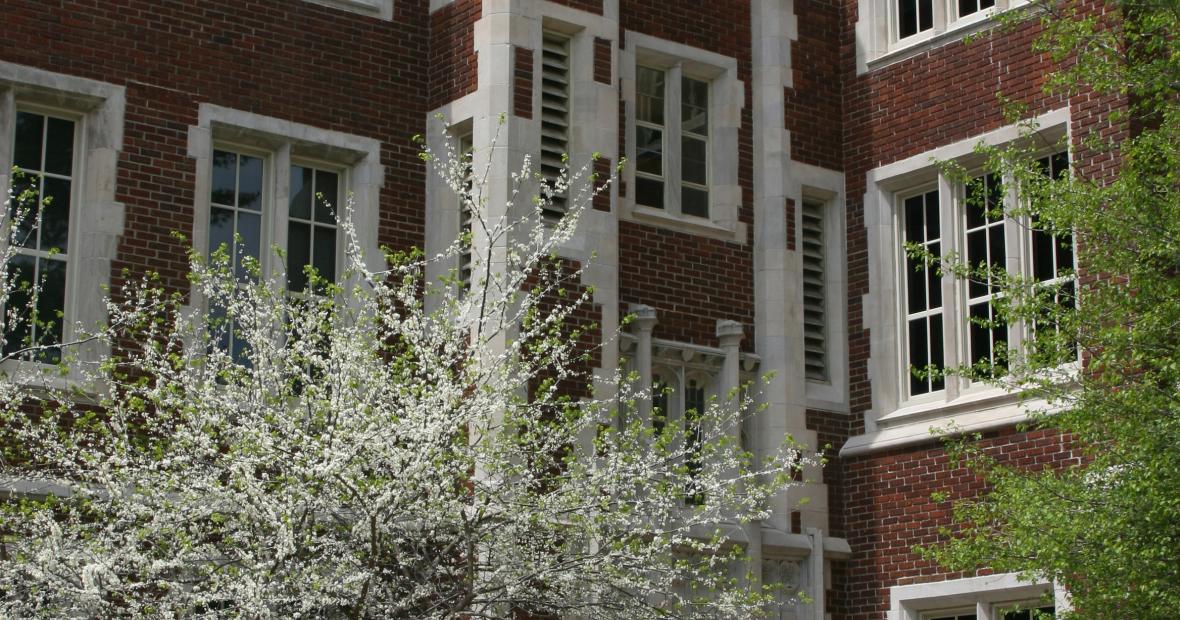 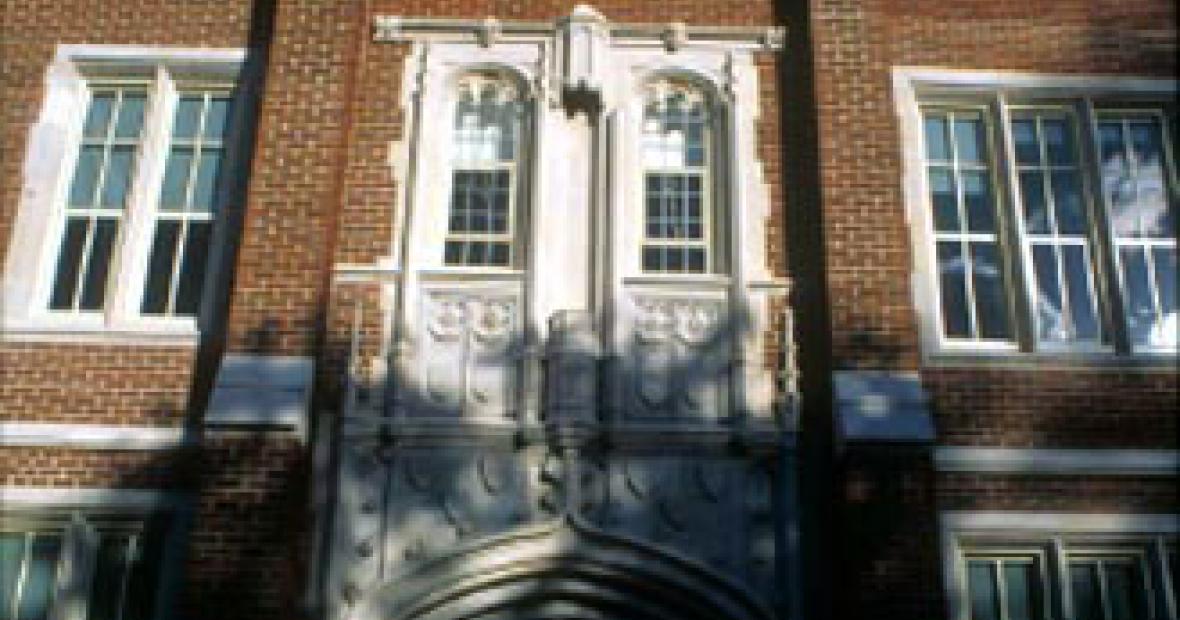 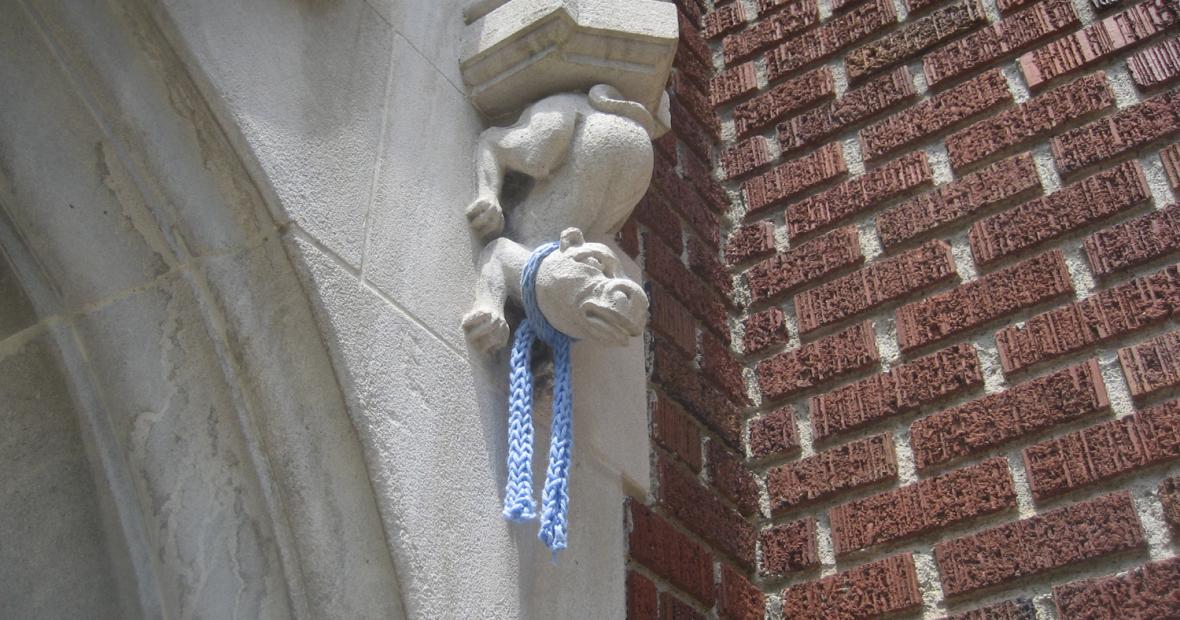 A kind stranger made sure this gargoyle on Alumni Recitation Hall (ARH) stayed warm during the chilly Grinnell winter. Photographer:   Sadish Dhakal Courtesy of Sadish Dhakal

The Alumni Recitation Hall contains classrooms for classes in the Social Studies and Humanities, as well as faculty offices for departments of foreign languages and Classics. The facilities also include a 158-seat screening auditorium, the multipurpose Meredith AudioVisual Center, and an additional computer lab with multiple printers for both classroom and general student use.

ARH is wheelchair accessible. An elevator at the south end makes it easy to reach the auditorium and accessible restrooms on the third floor. Automatic door operators are located on the southeast and southwest sides, and accessible parking is available along Park Street.

Directly north of Carnegie Hall is a building known affectionately only by its initials, ARH. Dedicated on November 24, 1916, the three-story Tudor-style building with Gothic features was part of a campus-wide modernization effort prompted by rising enrollment. Designed by H.D. Rawson of Proudfoot, Bird, and Rawson of Des Moines, ARH became the College's general classroom building. It was originally planned as an L-shaped structure, one section fronting on Park Street and the other on Eighth Avenue, but lack of funding prevented completion of the second section. ARH is in rectangular block form, but projecting on the east is a middle section with a crenellated roof of the kind seen on medieval fortresses. This section was designed, not as a defense of the College against invaders, but more practically as a means of housing a lecture hall on the ground floor and an auditorium traversing the upper two floors. The two Gothic arches marking the entrances are flanked by piers or buttresses that are found on all sides of the building. The front of the structure is in long horizontal form broken by mullion windows with stone moldings. Decoration on the arches includes heraldic shields, fleurs-de-lys, and other sculptured elements of the Gothic style. The building was reportedly the first in Iowa to use reinforced concrete ribbed-slab construction. Renovated in 1989-1990 (Weese Langley Weese, Chicago, architects), ARH today has a modern interior with classrooms, seminar rooms, and offices for faculty members mainly in the College's language departments. Also found here are the Writing Laboratory, Audio-Visual Center, and a computing laboratory. The original two-floor auditorium is now an attractive 158-seat auditorium on the third floor. The alteration resulted in additional usable space on the second floor. Also constructed was a passageway, with a ramp for people with disabilities, which permits members of the campus community to move from ARH to Carnegie Hall without going outdoors. An elevator for ascending to the upper floors of ARH also is available.