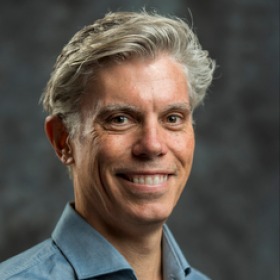 John Garrison’s teaching focuses on the literature and culture of the early modern period in England, and includes courses on John Milton and William Shakespeare. His areas of expertise include English literature before 1700; gender and sexuality studies; memory studies; and queer theory.

Professor Garrison is the author of Friendship and Queer Theory in the Renaissance (Routledge, 2014), which examines how early modern writers adapted models of friendship from classical antiquity, and Glass (Bloomsbury, 2015), which discusses the history of literary depictions of the material from the Renaissance to today. He has recently completed two books on the works of William Shakespeare. These are Shakespeare at Peace (co-authored with Kyle Pivetti, Routledge, 2018), which explores the playwright’s relationship to pacifist movements of both the Renaissance and the twenty-first century, and a study entitled Shakespeare and the Afterlife (Oxford University Press, 2019).

He is currently at work on a monograph entitled “The Pleasures of Memory in Shakespeare’s Sonnets.” The volume is under contract with Oxford University Press.

He is also co-editor of two essay collections, Sexuality and Memory in Early Modern England: Literature and the Erotics of Recollection (co-edited with Kyle Pivetti, Routledge, 2015) and Making Milton (co-edited with Emma Depledge and Marissa Nicosia, under contract with Oxford University Press).