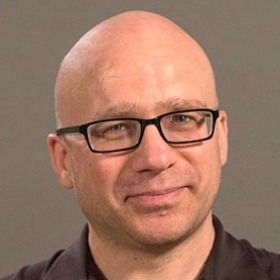 Elliot Ratzman teaches courses on Judaism, race, philosophy of religion, religious ethics and social justice, and the modern religious experience. He was a Jewish Studies Fellow at Lawrence University, a scholar at Penn State’s Humanities Institute, and a visiting professor at Swarthmore College. His first book, “Between Precarity and Power: A Jewish Reckoning with Race” (in progress) addresses Jews and antiracism in the US, Israel/Palestine, and Europe since 1967. At Grinnell College, he will be teaching: “Racism, Antisemitism, and Religion,” “Protest and Piety: Religion & Contemporary Social Movements,” “Reading Martin Luther King: Intellectual Sources for the Civil Rights Movement,” and “Religion and Science.” Alongside of teaching, Ratzman has been involved with movements for global health equity, Middle East peace, and economic justice. He is the academic advisor for the Philadelphia Jewish Film Festival, serves on the editorial board for Religious Socialism, and was a contributing editor for Heeb Magazine.

"The Tree of Life and the Roots of White Supremacy," The Lawrentian, Fall 2018.

“Between Communism and Kabbalah: The Theological-Political Prince,” in The Theology of Prince, Journal of Theology and Culture, United Theological Seminary, 2018-2019

“The Good Life in a Time of Refugees: A Response to Michael Walzer,” Religious Socialism, January 2016

“10 Commandments for the Classroom” Inside Higher Education, February 2015

“I Say Yo, You Say Oy: Blacks, Jews, and Love” in Debating Race with Michael Eric Dyson, Basic Books: 2007

“Purity and Danger” in A Dream of Zion: American Jews Reflect on Why Israel Matters to Them, ed. by Rabbi Jeff Salkin, Jewish Lights Publications, 2007

“The Chosen Issue? Home Demolitions and the House of Israel” Koinonia, Spring 2005

"Is it Ethical to Punch a Nazi? We asked the Experts" Jack Smith IV, Mic.com  November, 2016. https://www.mic.com/articles/160203/is-it-ethical-to-punch-a-neo-nazi-we-asked-the-experts