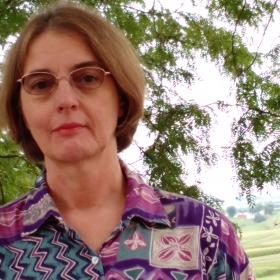 Barbara Rivadeneira received her Bachelor of Music degree in Piano Performance from the Conservatory of Music at Baldwin-Wallace College, now Baldwin University, in Ohio.  Her piano professors were George Cherry and Robert Mayerovitch.  Although her minor was organ, Ms. Rivadeneira spent extensive time studying harpsichord with Doris Ornstein.  In addition, she received voice lessons from Joyce Rowbotham Koch.  She was also  dedicated to her piano trio and accompanied several singers and instrumentalists

Following graduation, Ms. Rivadeneira continued piano study while employed fulltime outside of the field of music at Kent State University in Ohio. She studied for over three years with the pianist Professor Lois Rova Ozanich.   In these years, Ms. Rivadeneira performed two full piano solo recitals and in numerous New Music concerts.  She performed in two master classes:  one was for Konrad Wolff and the other for Natalie Hinderas.  She also worked and performed with a variety of  instrumentalists and chamber ensembles.  She was a winner of the 1986-87 concerto competition which awarded her a performance with Sinfonia, Kent State University's School of Music orchestra.

Ms. Rivadeneira earned her Master of Fine Arts degree in piano performance from The University of Iowa where she studied with Professor Sylvia Wang and Professor Arthur Rowe.  As a Teaching Assistant she taught both individual and group piano classes, accompanied vocal and instrumental musicians, and provided administrative assistance to the piano department faculty.  She was a pianist for the Center for New Music at The University of Iowa for the year 1988-1989.  She has always been highly engaged with performing new works composed by guest faculty, faculty and graduate students for piano solo and chamber music.

Ms. Rivadeneira taught at Coe College as an Adjunct Music Faculty member for nine years.  She has been an Applied Music Associate in piano at Grinnell College since 1992.   She began private piano teaching in 1988 and continues to operate a home studio in Iowa City.  She loves teaching students of all ages and at any level.  She has taught master classes to pre-college aged students at independent piano studios and music schools.

Ms. Rivadeneira has adjudicated at numerous piano festivals and competitions for the Iowa Music Teachers Association, the Iowa Federation of Music Clubs, and the Piano Music Teachers Association. She has served two two-year terms as IMTA District Vice-President and President.  Additionally, she has chaired and co-chaired IMTA District Piano Auditions and Piano Festivals.  Offices held by Ms. Rivadeneira in the Iowa City district of IFMC are those of Vice-President, President, Piano Festival Chair and Treasurer.