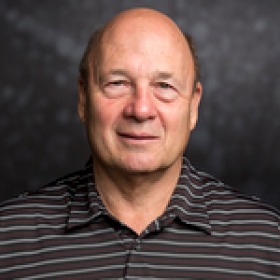 Greg Wallace served as Director of Athletics and Recreation at Grinnell College beginning in the summer of 2007.

Wallace served as Grinnell’s football coach from 1998 through 2008 and during that span compiled 68 victories, second-best in school history. He was voted Midwest Conference Coach of the Year three times, in 1994, 1997 and 1998. The 1998 team is recognized as the best squad in program history, winning the league title outright while posting a perfect 10-0 mark.

In 2011, Wallace was honored with a 35-year membership plaque from the American Football Coaches.

Wallace, who also coached the Grinnell men’s golf team from 1992 through 2006, began his head coaching career in 1970 at Odessa High School in Odessa, Mo., where he would spend the first three seasons of his coaching career. From 1974-76, he served as the head football coach and athletic director at nearby Sherwood High School in Creighton, Mo. At Sherwood, his 1976 team posted the most wins (eight) in school history.

In 1977, Wallace joined the staff at Indiana State University, where he coached receivers and was the head junior varsity coach. The following season led him to Centre College in Danville, Ky., where during his 10-year stay as offensive coordinator the Praying Colonels won five league titles, highlighted by an invitation to the NCAA Division III playoffs in 1986.

In 1988, Wallace accepted the head coaching position at Grinnell and has been making his mark here ever since.

An associate professor in the physical education department, Wallace earned the 1990 Grinnell Chamber of Commerce Outstanding Educator Award in recognition of his work in the classroom and in the Grinnell community. He is actively involved with the Fellowship of Christian Athletes (FCA), a member of the American Football Coaches Association (AFCA) since 1976, and is accredited by the United States Golf Teachers Federation.

Wallace is a native of Belton, Mo., and a 1970 graduate of Missouri Valley College with a degree in economics. He earned all-conference and all-district honors as a member of the Vikings' football team and played on the baseball team. Wallace obtained a master's degree in education from Central Missouri State in 1976.