Gardening with Purpose, Responsibility, and Justice 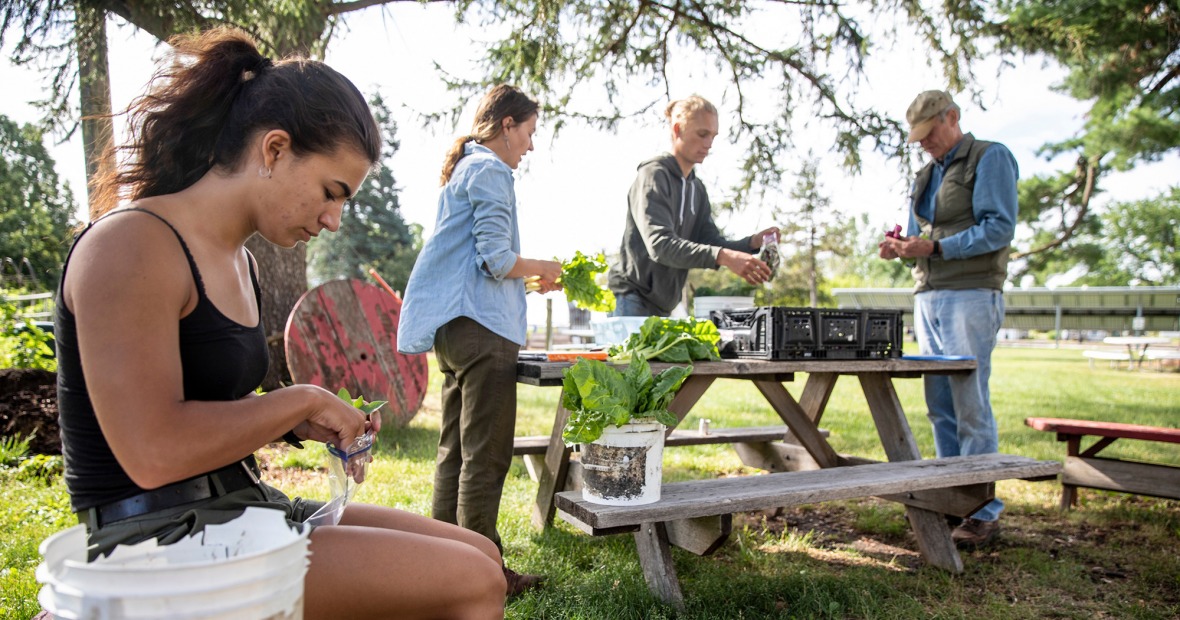 Jon Andelson ’70, professor of anthropology, says that when he started the College Garden in 2000, “We were just trying to get something to come out of the ground and survive the insects.” 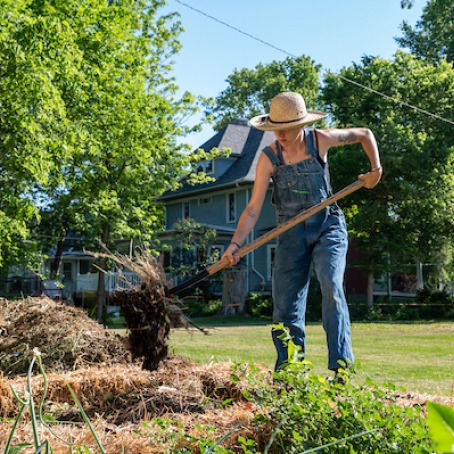 But as time passed and more and more came out of the ground, he and his student apprentices began donating most of their produce to the College Dining Services. They hoped this would help educate students on the value of local, sustainably grown food. They also donated some of their produce to Mid-Iowa Community Action (MICA), an association that, among other things, supplies food for families in Poweshiek County living at or under 175% of the poverty line.

Then came the pandemic. Dining Services’ demand decreased and food insecurity in the community increased. In response, the College Garden shifted where they donate their produce. They now donate approximately 90% to MICA. 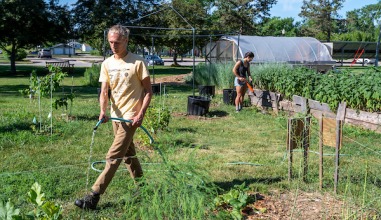 Once or twice a week, Andelson drives the less than a mile from the College Garden to MICA with the produce that he and the summer land student apprentices, Max Sorenson ’22, Athena Frasca ’23, and Jacy Highbarger ’22, grew and packaged. He rings the buzzer, puts on a mask, and waits for someone to answer the door. That someone is usually MICA Family Development Worker Jake Conran ’20. Andelson says, “I will say almost the same thing every week, ‘Hi Jake. We’ve got another load of vegetables for you.’ And he will say almost the same thing every week, ‘That’s great! Bring them in!’” Next, Andelson brings them in, they weigh them, and he returns to the garden.

The College Garden grows and donates everything from chives to lettuce to radishes. In the three weeks preceding June 22, 2021, they donated 120 pounds of produce, and that rate only increases as the summer progresses.

Having access to this produce is valuable to the families. Not only is it fresh and healthy, but it’s also local and sustainably grown. “Produce is definitely a thing that people come in and specifically ask for,” says Conran. 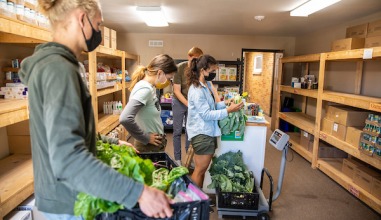 As a result, large harvests are especially exciting for everyone involved. “It’s always a pleasure when we have a particularly big harvest, to bring it to MICA and see their eyes get wide,” Andelson says.

The transition from donating most of the produce to Dining Services to donating most of the produce to MICA has been a smooth one. However, there has been one challenge: the best produce to educate students is not always the best produce to reduce food insecurity in the community. More specifically, produce such as collard greens and kohlrabi do not meet the needs of many families experiencing food insecurity because they are not familiar with it.

Consequently, the College Garden has started growing more common and accessible produce as well as working to make uncommon produce more accessible. To do so, Andelson tells Conran how to prepare uncommon produce, and Conran passes those recommendations on to the families.

Making the Most Impact 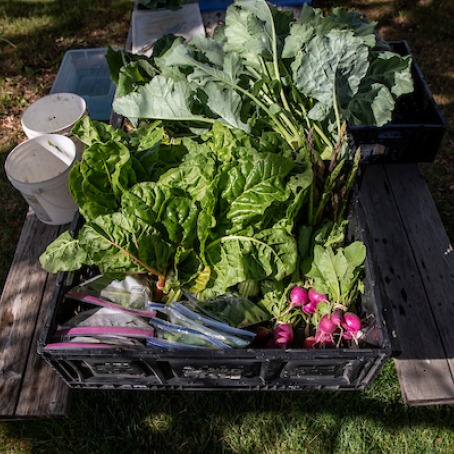 Even as more students return to campus and Dining Services demand increases, the College Garden hopes to continue donating most of its food to MICA. They feel that is where they can make the most impact. Andelson says what was only a “drop in the bucket” for Dining Services significantly benefits MICA.

Conran sees this impact firsthand. “I know that they could be doing their own things with [the produce], and it means a lot that they bring it here to us.”