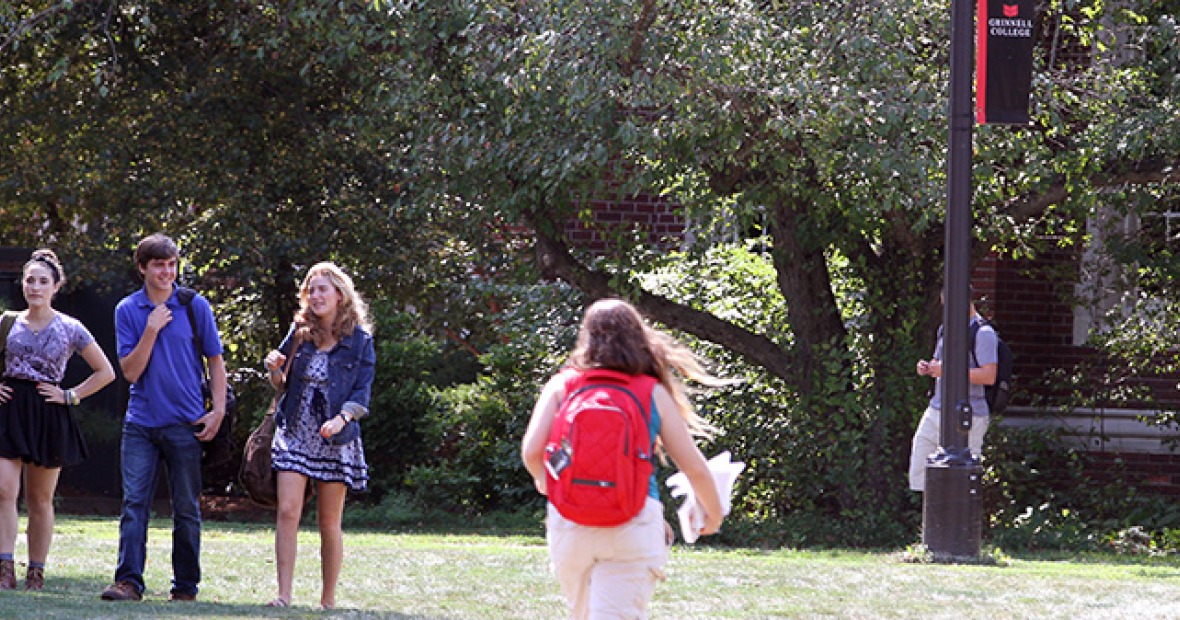 In 2011, Doug Caulkins became an emeritus professor of the College. In recognition of Doug's extensive teaching and service to the department as well as his unending support of students, the department of Anthropology has established "The Emeritus Professors' Student Research Fund" to honor Professor Caulkins and other distinguished Emeritus Professors. These funds are intended to expand student research opportunities when normal college funds are not available (such as MAP funding). The funds may be used for research expenses and/or travel to disseminate results of research (such as conference attendance). For the purposes of this award, the department defines research broadly. Such activities can include: independent research, travel to field schools that have a strong research component, and internships that are research-based. Per Grinnell College restrictions, funds may not be used to pay tuition at another institution.

Applications will be reviewed by the department on a rolling basis during the academic year.

Ron Kurtz, an ethnographer and linguist, became the first full-time anthropologist on the Grinnell faculty and first chair of the department when it became an independent department in 1967-8. With a B.A. in philosophy from Carleton College (1947) and an M.A. and Ph.D. in anthropology from University of New Mexico (1963), Kurtz taught at Chico State College from 1958-61 before coming to Grinnell. His dissertation research was with the Canyoncito Navajo. Later he conducted field work in Liberia, funded by a Fulbright-Hays award.

Kurtz became a full professor in 1970 and published a book on his ethnographic studies in Liberia as well as articles in journals that included Ethnohistory and Current Anthropology. At Grinnell, Kurtz taught a variety of courses. During his tenure anthropology became a very popular choice for students and attracted many excellent students, including more than a dozen who later earned Ph.D.s in anthropology. Kurtz move to Senior Faculty status in 1989 and later became an Emeritus Professor.

The Kurtz Reading Room honors Ron Kurtz for his many contributions to the discipline of anthropology, the department, the college, and most importantly, to his students, whose donations made this room possible.

Honor Ron with a gift in support of the Emeritus Professors' Student Research Fund.

In 2011, D. Douglas Caulkins became an emeritus professor of the College. In recognition of Doug’s extensive teaching and service to the department as well as his unending support of students, the department of Anthropology has established “The Emeritus Professors’ Student Research Fund”. These competitive funds are intended to expand current student research opportunities when normal college funds are not available. The funds may be used for research or expenses related to travel to disseminate results of research (such as conference attendance).Applications will be reviewed by the department three times a year. Awards will be disbursed at the beginning of each semester for travel and research incurred during the academic year and one for summer research or travel.

Honor Doug with a gift in support of the Emeritus Professors' Student Research Fund.

Ralph A. Luebben spent most of his academic career at Grinnell, where he was the college's first full-time anthropologist and the first chair of the independent Department of Anthropology. Starting in 1957, Luebben enthralled students for nearly four decades, teaching about the societies and cultures of peoples around the world, from the former Soviet Union to the communities of Latin America and the American Southwest. Students recall that he brought his field and research experience into the classroom, and he was a meticulous and careful teacher. According to his faculty colleague and former student Jon Andelson '70, Luebben inspired many Grinnell students to pursue graduate studies in anthropology. Luebben was famous for riding his bicycle around Grinnell with wife Janell every day (when weather permitted) up until the age of 85. That year, they logged more than 3,000 miles on their bicycles.

Honor Ralph with a gift in support of the Emeritus Professors' Student Research Fund.