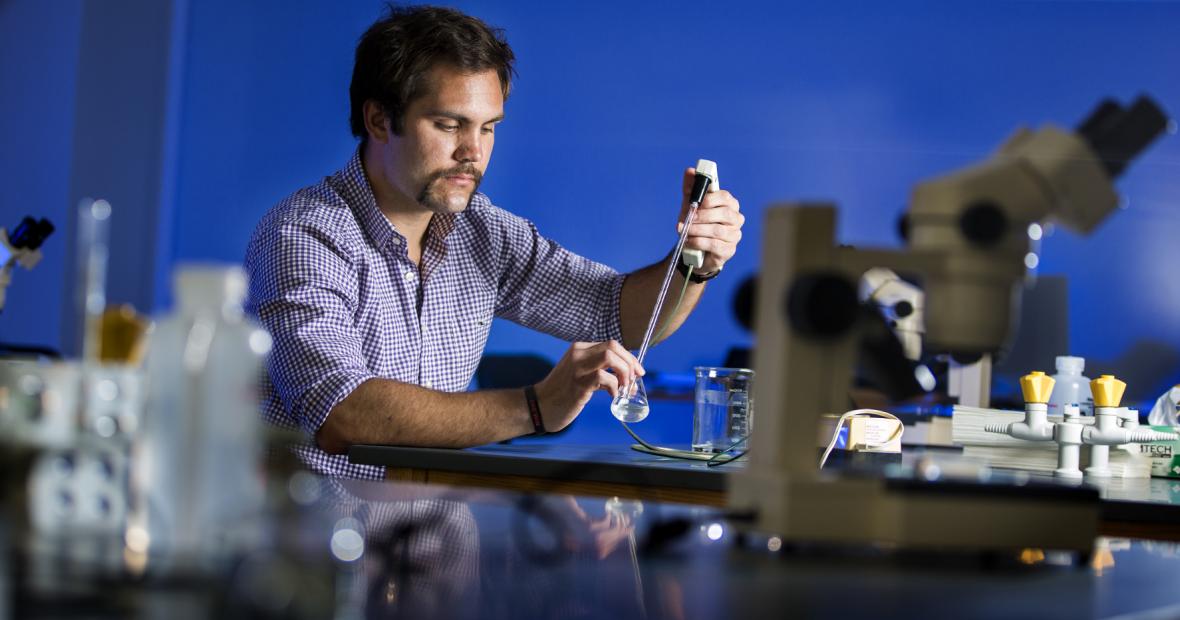 While life events have helped Ryan Brown ’16 shape his aspirations, he has largely carved out his own path toward fulfilling them.

“My dad is a pediatrician, so I was raised thinking I was going to be a doctor one day,” Brown says. “I didn’t really know where I wanted to go with that until my mom got breast cancer and I realized I really wanted to do something about it.”

Originally recruited from the Chicago area to play baseball for Grinnell, Brown is a biological chemistry major who’s become intensely focused on oncological research. He has spent the past three summers interning at University of Chicago research labs that deal primarily with late-stage prostate cancers.

Thankfully, Brown’s mother is a success story. Brown’s inspiration to study men’s cancers came from another survivor — Grinnell pitching coach Casey O’Rourke (2008-2013). An all-conference phenom in his first year at the University of Iowa, O’Rourke was sidelined as a sophomore by testicular cancer.

“[O’Rourke] kind of refined my interests into men’s cancers and testicular cancer,” Brown says. “After working with him in my first year I had this motivation to work with male cancers. I just cast the net out to cancer labs that were close by me and the prostate lab was one of them.”

Brown’s efforts to secure an internship were entirely self-directed. He sold himself as a candidate for an unpaid internship in his first summer, and he returned in a paid capacity after his second-year science classes provided the requisite knowledge.

“My first summer in the lab I really knew nothing about biology and it was pretty difficult to catch up on what everyone else knew,” Brown says. “After my second year I came back and everything made sense.”

Brown also successfully advocated for two other Grinnell students, Matt Godinsky ’16 and Shane Comiskey ’18, to work in the lab — one in each of two consecutive summers.

Last November, Brown organized a group of 20 Grinnell students and staff to join with the lab’s Moustaches in Movember team in raising funds for men’s health issues through the Movember Foundation. Grinnell’s contingent raised $1,751 of the lab’s total of $6,816.

“It’s an awareness-type thing,” Brown says. “You see a guy with a ridiculous moustache and people are likely to say, ‘Hey, what’s up with that?’ You say, ‘Sorry, I look like an idiot, but it’s for a good cause. I’m raising money for men’s health issues through Movember.’ It’s awesome. It opens conversations.”

After graduation, Brown will be working full time in the lab where he’s interned the past three summers, driving his own projects and working to publish them. He says he’ll concentrate on research for a couple of years before applying to medical school.

“I want to be a translational physician scientist,” Brown says. “A physician who’s able to translate work between the lab and exam room gains a much better understanding of what their patients experience, as well as issues that interfere with treatment.”

Ryan Brown ’16, from Chicago, Ill., is a biological chemistry major with a concentration in neuroscience.