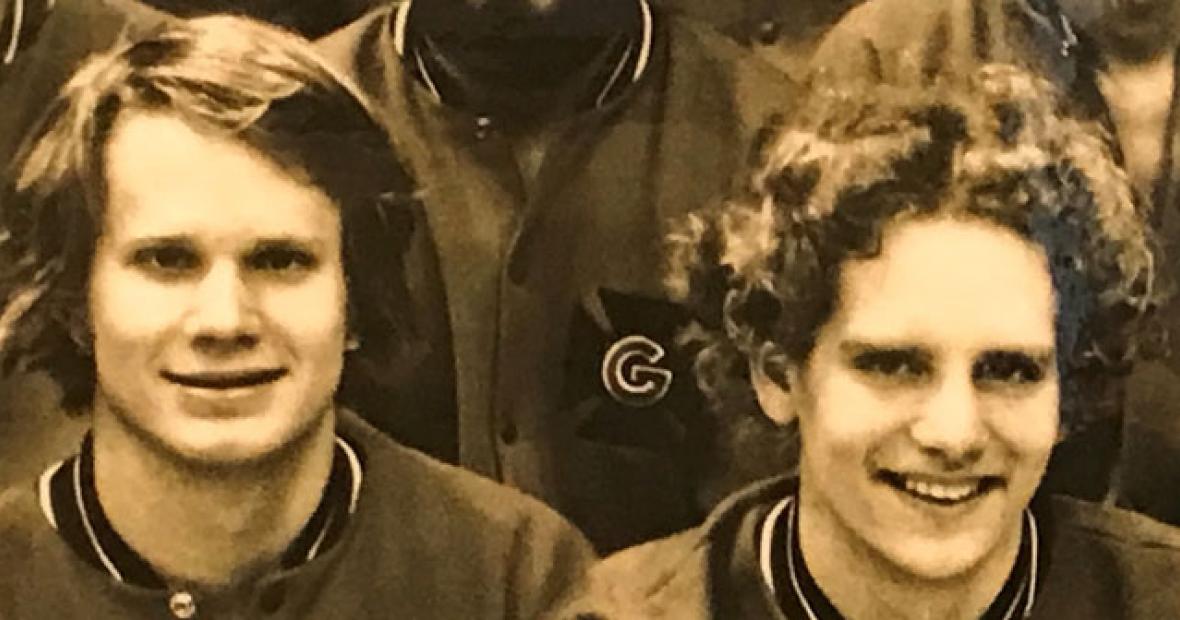 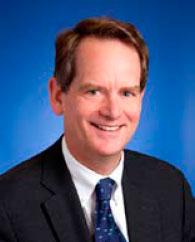 John Chambers ’77 has committed to endow a biology professorship in honor of Doug Johnson ’77 — his friend, classmate, and fellow co-captain of the Grinnell College swimming team.

A native of Rochester, Minn., Johnson majored in biology at Grinnell with the intention of going into the medical field. He was pursuing a graduate degree in human physiology at Wake Forest University in 1981 when he died in a hiking accident in the Blue Ridge Mountains.

The Douglas D. Johnson ’77 Professor of Biology will support students who, like Johnson did, wish to pursue careers in medical science, medical research, or public health. The faculty member chosen will promote learning in cell and molecular biology through distinguished teaching, published research, and engagement with peers at academic conferences.

“We are honored that John has chosen to create this lasting tribute to his friend,” says Mike Latham, Grinnell College vice president for academic affairs and dean. “It’s a most fitting way to commemorate Doug’s life while strengthening our ability to provide a world-class education in cell and molecular biology. Increased engagement in scientific research will provide our students with a rigorous and compelling experience, which is highly valued in medical and graduate schools.”

Chambers visited Grinnell in October to talk with biology faculty members and attend classes and student research talks. He came away impressed.

“The biology department always has been strong,” he says. “The excellence of the faculty should be recognized. They inspire students like Doug who want a career in health sciences. Ultimately, the success of the Johnson Professor of Biology will be measured by the successes of the students nurtured by the professor.”

The Johnson professorship will be the second endowed chair in the Grinnell College Biology Department. The Waldo S. Walker Chair in Biology is held by Vincent Eckhart.

What makes Grinnell’s biology program distinctive is the integration of research into every level of the curriculum, starting with introductory biology, where students practice the process of science that produces new knowledge, says Ben DeRidder, associate professor and chair of the biology department. Chambers’ gift will present more opportunities for first- and second-year students to gain research experience, giving them preparation for careers that matter.

“Just getting a foot in the door in a lab with a professor is impactful,” DeRidder says. “Students — like Doug — who aim high will be able to get a good start. It’s a competitive field, so getting early opportunities are important.”

Johnson and Chambers competed on the swim team together under coach Ray Obermiller. They lettered each of the four years, were co-captains the last two, and roomed together on trips to away meets. At times, they competed on the same relay team, such as the 1976 Midwest Conference meet where they set a school record in the 800 freestyle relay. Johnson specialized in the freestyle.

“The swim team was a very close-knit group,” Chambers says. “During swim season, we always had dinner together every night. A number of Doug’s teammates and friends still remember him. I think naming a professorship after him would be something he would have liked.”

Chambers recently retired from his position as managing director of Standard & Poor’s Rating Services. He had served as chairman of the company’s sovereign rating committee since 2005. Chambers earned a Bachelor of Arts in English and philosophy from Grinnell College and Masters of Arts in English literature from Columbia University.