An overwhelming majority of Americans (88%) are confident the country will get through the COVID-19 crisis and be OK when it’s over, according to the newest edition of the Grinnell College National Poll. The poll, a partnership between Grinnell College and nationally renowned pollster J. Ann Selzer of Selzer & Company, was released April 1, 2020.

Additionally, when asked what a reasonable time to stay home without physical contact with people from the outside, nearly seven in 10 respondents say they would do it as long as was asked of them.

“My three words on coronavirus are confident, calm, and compliant,” said J. Ann Selzer, founder of Selzer & Company.  “Yes, some people are feeling stressed, angry, and scared a lot of the time, but more say they feel calm a lot of the time, and a huge majority feel confident the nation will get through this and be OK. There is willingness to change behavior for the benefit of the community.”

How long do you think it would be reasonable for you to stay home without physical contact with people outside your home? N=507 MoE = ± 4.4 percentage points

Financial Future of Those Under 35 Being Affected Most by Pandemic

As the overall financial impact on Americans continues to evolve during the pandemic, the economic impact is being felt more commonly by younger Americans than their middle-aged or older counterparts. They are more likely to say that the following have already happened to them or that expect it to happen soon: Being laid-off or furloughed (45%), being unable to pay a regular bill (43%) and losing wages (57%).

These younger adults are more likely than their older counterparts to say that they have gone or expect to go hungry because of difficulty obtaining food (25%).

"While most Americans sheltering in place, the economic consequences of doing so are substantial and fall most heavily on those who are under 35,” said Associate Professor of Political Science at Grinnell College and Grinnell College National Poll Director Peter Hanson. “They are much more likely than those who are older to have been laid off or to have difficulty paying their bills, and they are reporting more stress as well."

Younger workers are more likely to work in the restaurant industry and other service sector jobs that have been dramatically impacted by the pandemic.

“Younger workers are less likely to have stable employment and longer tenure in their jobs,” said Grinnell Professor of Economics Eric Ohrn. “In the event of a downturn, these types of workers are often the first to go.”

“Within a few short months, the economy may move from under 4% unemployment to over 25% - a figure commonly given for the height of the Great Depression,” said Grinnell College Professor of Economics Bill Ferguson. 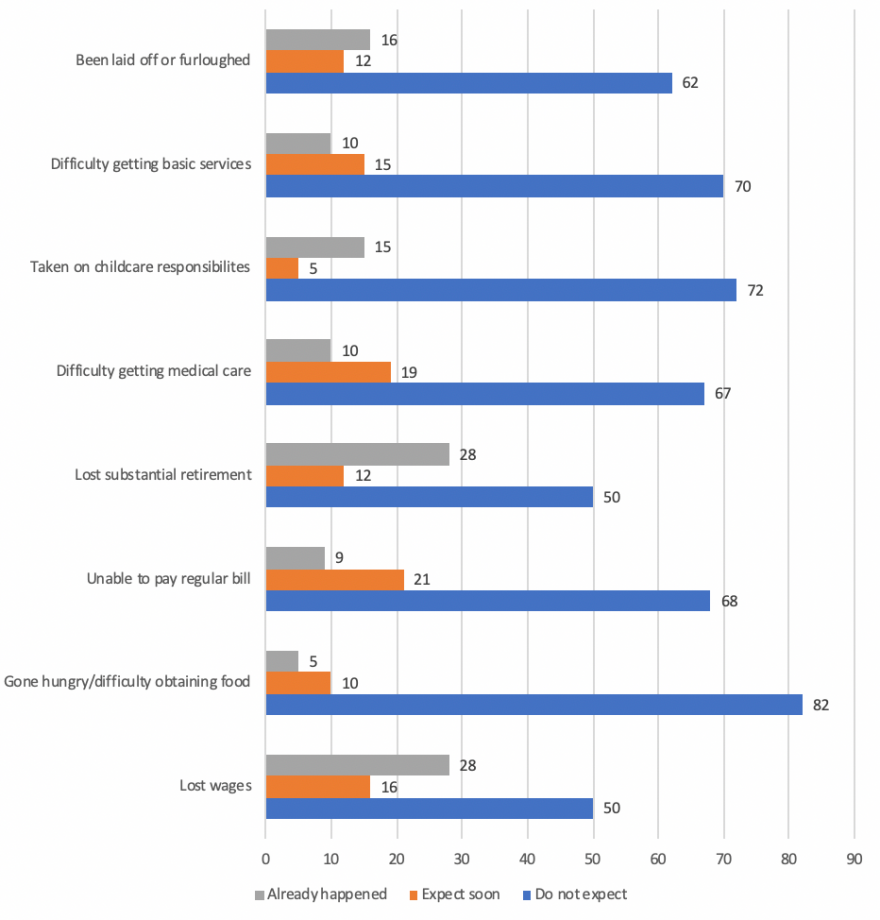 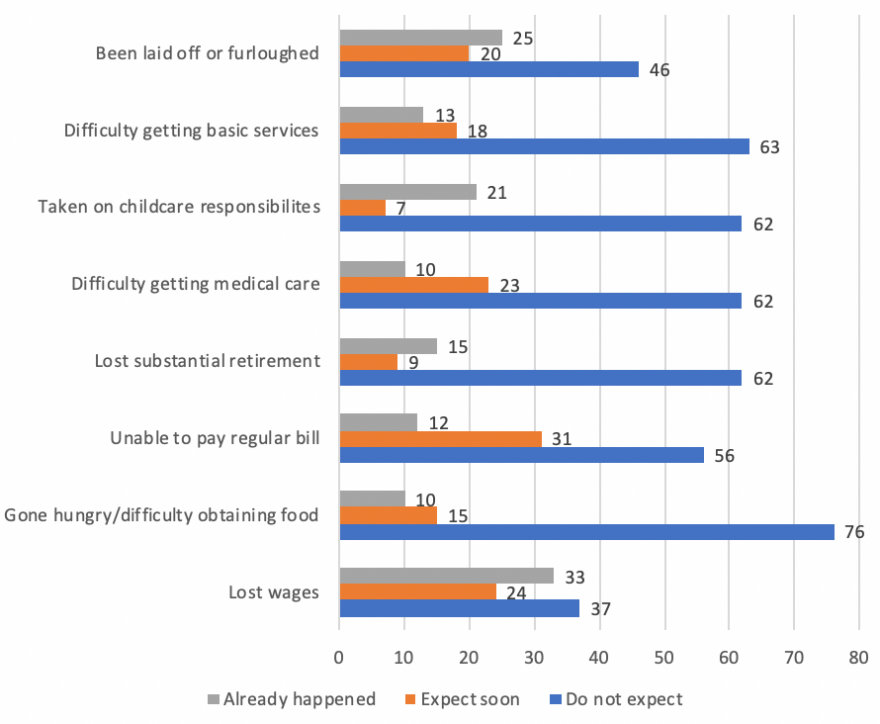 Most Americans (53%) believe overwhelming hospitals and the health care system poses the greatest long-term risk to the nation, as opposed to 40% who think the economic impact of shutting down businesses and people staying at home is the greater risk. This holds true across all demographic groups except for Republicans. Fifty-five percent of Republicans see the economy as the greater risk.

“Predictably, Republicans and Democrats report very different levels of trust in President Trump as a reliable source of information on the coronavirus,” said Grinnell College Professor of History and Religion Caleb Elfenbein. “By contrast, the vast majority of Americans have confidence in our government’s public health experts. These results show that nonpartisan expertise is crucial to our ability to act with common purpose to slow the virus.” 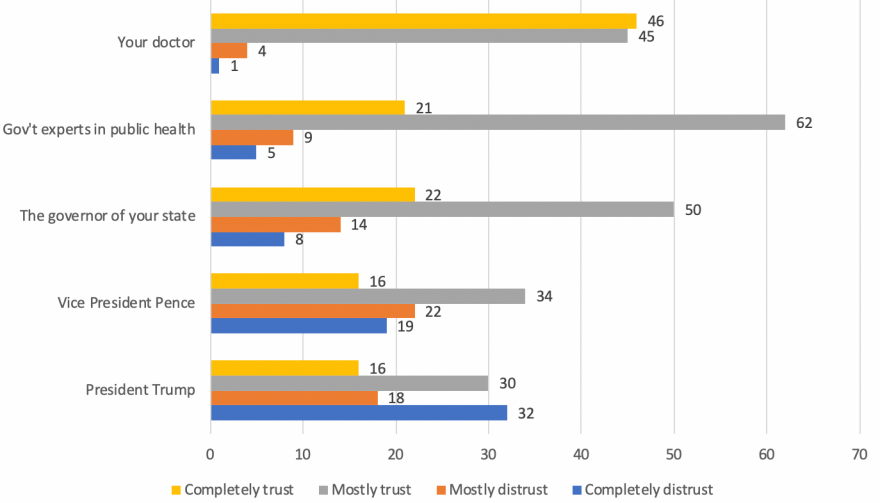 Nearly all (98%) of Americans are washing their hands more frequently, 91% are staying away from gatherings of 10 or more people and 84% are staying mostly inside without physical contact with people outside of their homes.

“Most Americans are practicing social distancing and remaining mostly at home to slow the spread of coronavirus,” Elfenbein said. “Americans say they are willing to do what is necessary to slow the spread of the virus, and it helps explain why almost 90% of respondents believe that we will make it through this crisis.”

For each of the following guidelines, have you mostly done it or mostly not done it? Based on those for whom the guideline applies. Smallest N=624, MoE = ± 3.9 percentage points.