An App in Support of Black Lives Matter 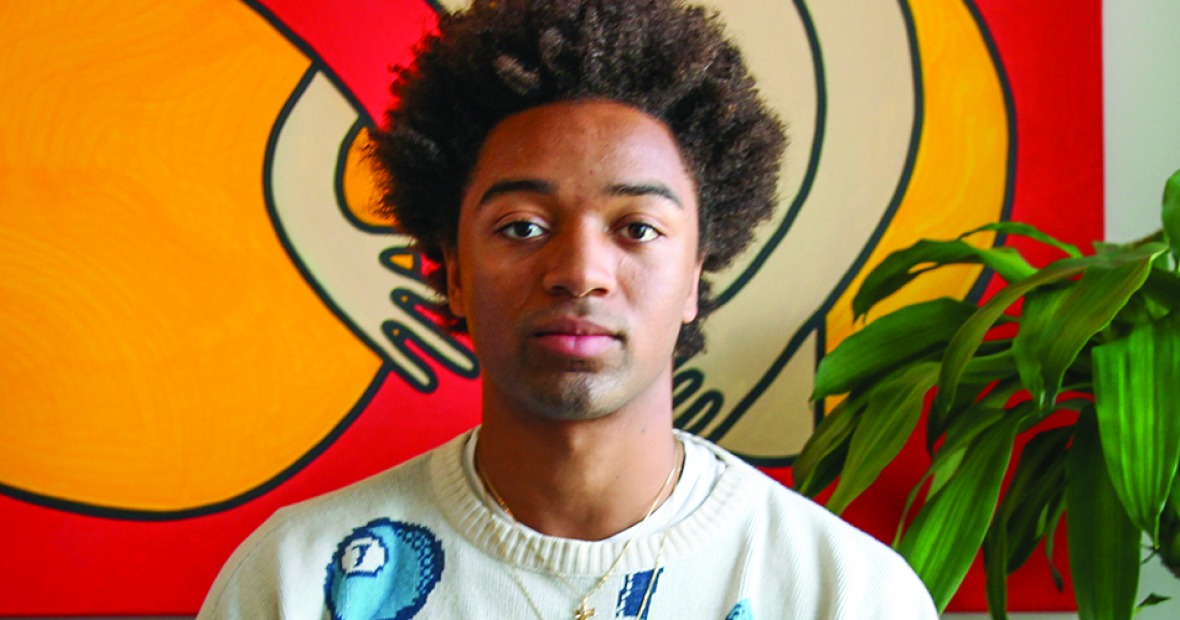 After the killing of George Floyd by Minneapolis police May 25, 2020, protests erupted in major cities across the United States. Paul Hill ’23, who’s from New York City, was living in Grinnell at the time. The 21-year-old had recently completed his first year at Grinnell College.

In the aftermath of Floyd’s death, Hill and his peers had many conversations about the killing and the protests, but Hill wanted to do more than talk. He wanted to take action. He asked himself, “What can I do right now that would help other people?”

In early June, he and some friends drove to Chicago to protest. On the drive, they discussed ways they could help protesters who would be there for several days. They decided to distribute supplies including water, Gatorade, and goggles to help protect against tear gas.

They also distributed masks, gloves, and hand sanitizer because of the ongoing novel coronavirus pandemic. “We wanted to make sure everybody was healthy, safe, and sanitary,” Hill says.

That concrete way of helping was temporarily satisfying, but Hill isn’t familiar with Chicago and felt like things could have been done more efficiently. Two days later he headed home to New York where he knows the surroundings better and “knew I could be more of a help there,” he says.

He started volunteering for an organization called City Kit that distributed fresh produce, water, and other goods around the city. One of his responsibilities was handling emails. He received many emails from people wanting to help. One question was asked over and over: How could they help support racial justice initiatives? 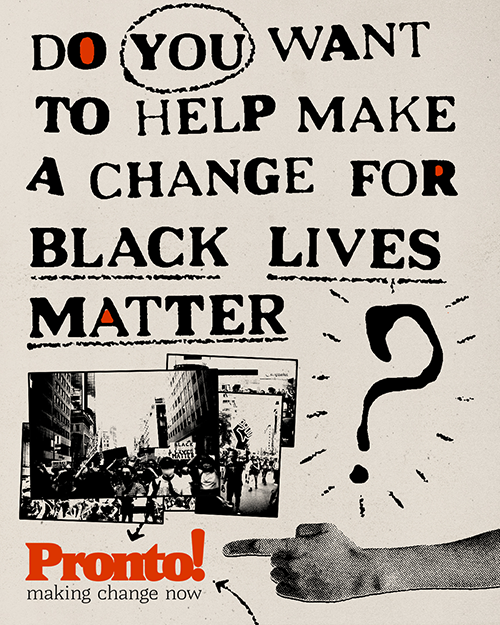 “There’s not really a central resource for people to become active in the Black Lives Matter (BLM) movement, either physically or by donating,” Hill says. But there is a lot of information floating around social media.

He asked himself again, “What can I do right now that would help other people?”

What could be helpful, he decided, was to provide an app that would help people to volunteer, to donate, and to educate themselves. The app is called Pronto! and can be downloaded from the Apple App Store for free.

“It was a lofty goal,” Hill says, “but we accomplished it. I had a lot of help—a team of programmers, researchers, and artists.” All team members were volunteers, including fellow Grinnellian Carlton Segbefia ’21, a computer science and sociology double major, who was one of the main programmers.

The resources available through Pronto! are organized by city. Hill researched U.S. cities with the largest Black populations and the largest populations overall to identify which cities to include in the app.

The volunteer researchers learned which of these cities have the most organizations supporting Black Lives Matter—whether that’s the local BLM chapter or an organization that provides food or art supplies for Black communities. The researchers also made sure each organization is reputable.

Pronto! includes links to other helpful resources too, such as Patia’s anti-racism guide and Creature Friend Finder, a bail advocacy group.

Hill has begun his second year at Grinnell and is thinking about doing an independent major that includes computer science, music, studio art, and film. He is also working on an upgrade to the app and hopes to release it soon.