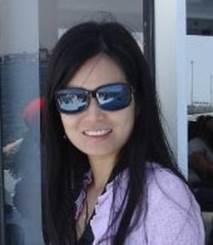 Huiping Pang, professor of art history at the University of Iowa, will give a talk using Chinese art as historical documents to investigate the legal history and imperial violence of the Ming imperial era. The free, public lecture starts at 4 p.m. Nov. 20, in Alumni Recitation Hall, Room 120.

Titled "Art Collecting, Inventory, and Criminality in Ming Imperial China (1368-1644)," this lecture will explore the darker side of the art collecting culture of the Ming imperial dynasty. Pang will look at 201 canonical Chinese artworks, focusing on the imperial half-seals and half-codes marked on the art. These marks show how Ming emperors abused their prime ministers, took their art collections, and put inventory half-marks on the stolen art to make their actions legally justifiable.

An accomplished art historian, Pang holds two Ph.D. degrees in the history of Chinese art, one from Stanford University and the other from Beijing University. She received her postdoctoral fellowship from the Smithsonian Institution. Her scholarship focuses on a diverse range of topics, including 10th-17th century Chinese institutional and court history, climate change, politics, art-collecting culture and horse paintings. Pang has published 20 articles in leading English and Chinese peer-reviewed journals.