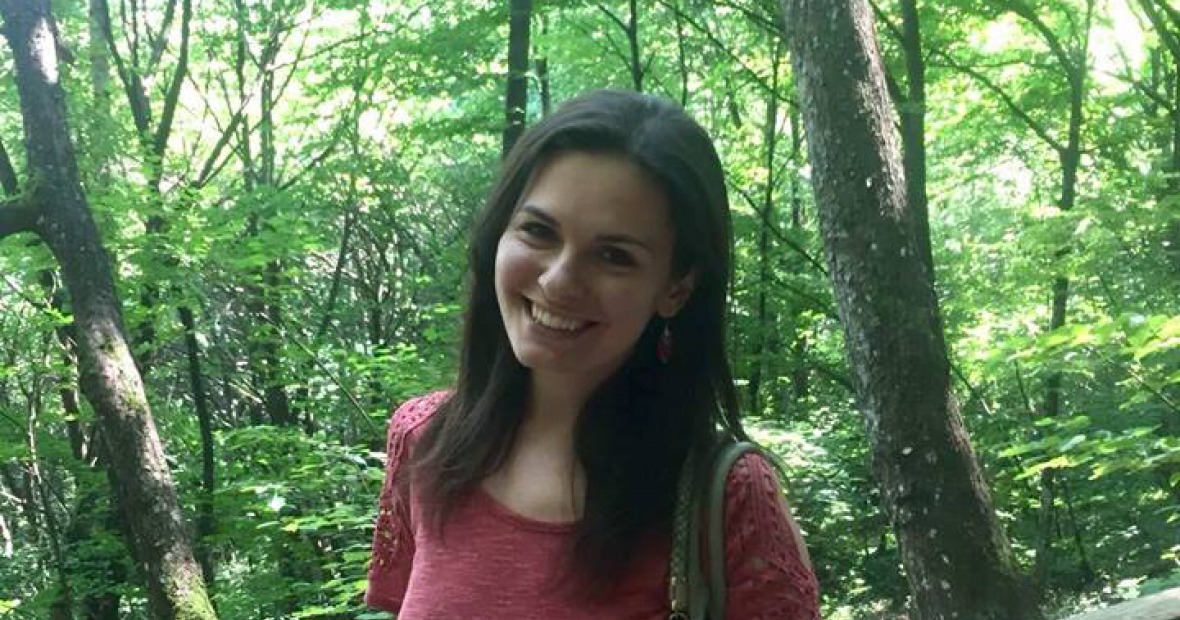 Emily Mesev ’15, molecular biology Ph.D. student at Princeton University, says that when she first visited Grinnell, “it felt like the best place for me.” Originally from Northern Ireland, Mesev was drawn to the supportive feel of campus and to the freedom to explore different subjects through the school’s individually advised curriculum.

Taking Advantage of the Liberal Arts

During her first year at Grinnell, Mesev took classes in both the sciences and humanities to try to get a feel for which direction would be right for her. Then she realized that she didn’t have to choose.

“By my second year, I decided to major in biological chemistry because I wanted to keep learning as many different areas of science as possible,” she says. “And by my third year, I realized I was halfway through an English major without meaning to be.”

Mesev made the double major official because she wanted to do an English Mentored Advanced Project her fourth year. “Double-majoring was probably one of the best decisions I made at Grinnell,” she says.

According to Mesev, her two majors “definitely informed each other.” Her English MAP with Dean Bakopoulos, assistant professor and writer in residence, for instance, wound up being a science fiction novel inspired by a plant physiology class. Meanwhile, her English major helped to shape her into a better writer and a more creative thinker — important skills for scientific research.

Mesev’s creative writing experience gave her a leg up when she decided to pursue research opportunities after Grinnell. “My English degree actually helped me to get a post-baccalaureate research position in an NIH lab,” she says. The principal investigator “said he liked that I was an English major who had taken physical chemistry.”

Mesev worked in 2 labs during her time at NIH. “Those lab experiences, along with the summer research programs I did during college, convinced me I wanted to do research as a career,” she says.

Writing is an Asset in Graduate School

“Grinnell definitely set me up well for graduate research,” says Mesev. “The most helpful thing was probably how Grinnell cultivated my enjoyment for writing. I think a lot of researchers underestimate how much writing is involved in science. Journal articles, grant proposals, and peer review are a huge part of the research process.”

After graduate school, Mesev is considering looking for research positions in industry. And, she says, “maybe I’ll be able to publish that science fiction novel one day!”