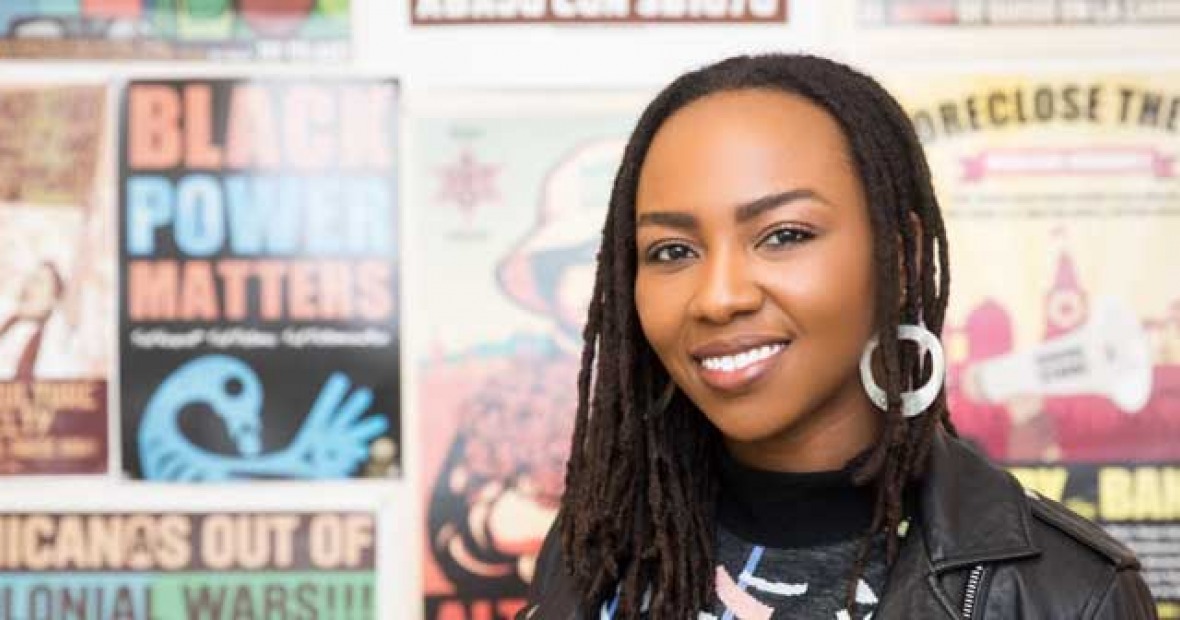 Opal Tometi, co-founder of Black Lives Matter and executive director at the Black Alliance for Just Immigration, will give the Scholars' Convocation lecture at Grinnell College on Thursday, March 9.

Her lecture, titled "The Role of Technology in the Black Lives Matter Movement," is part of the spring symposium about "Technology and Human Rights," sponsored by Grinnell College's Rosenfield Program in Public Affairs, International Relations, and Human Rights.

The event, which is free and open to the public, is co-sponsored by the College's Office of Diversity and Inclusion. It will begin at 11 a.m. in Room 101 of the Joe Rosenfield '25 Center, 1115 Eighth Ave., Grinnell.

Based in New York, Tometi is Nigerian-American writer, strategist, and community organizer advocating for racial justice, immigrants' rights, and black lives. She co-founded Black Lives Matter, a movement to confront systemic racism, anti-black violence, and social justice, in the wake of the murder of unarmed teenager Trayvon Martin in Florida in 2012.

She is also the executive director of the Black Alliance for Just Immigration, a leading organization for the advancement of immigrant rights' and racial justice. Tometi's interest in immigration reform was born out of personal experience. She grew up in Phoenix—"ground zero for the anti-immigration movement," she says—and is the child of immigrants. Her parents moved to the U.S. from Nigeria.

Tometi has received numerous awards in recognition of her work with Black Lives Matter and BAJJ, including an honorary doctoral degree from Clarkson University, BET's Black Girls Rock Community Change Agent Award, and the first-ever Webby Award for Social Movement of the Year Award. She also is featured in the Smithsonian's new National Museum for African American History and Culture in Washington, D.C.