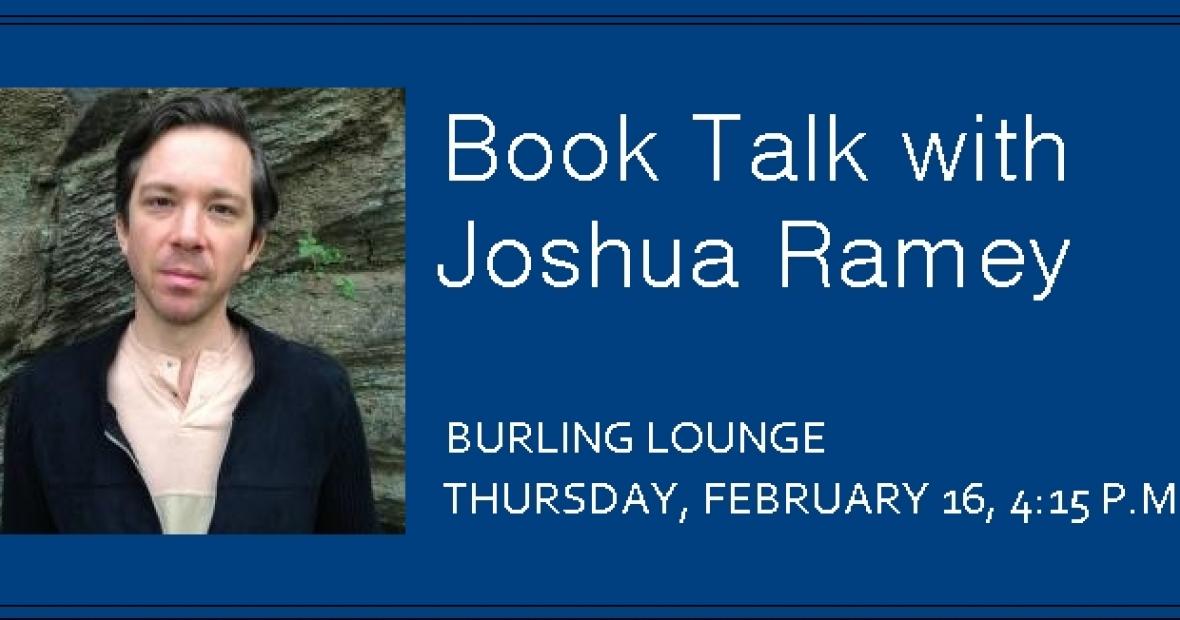 Grinnell's Department of Philosophy and Libraries are pleased to co-sponsor a presentation by Prof. Joshua Ramey based on his recently-published book Politics of Divination: Neoliberal Endgame and the Religion of Contingency (2016). Roman & Littlefield International, the book’s publisher, has provided the following summary of Prof. Ramey’s work:

“Since the 2008 financial crisis, the neoliberal ideas that arguably caused the damage have been triumphant in presenting themselves as the only possible solution for it. How can we account for the persistence of neoliberal hegemony, in spite of its obviously disastrous effects upon labor, capital, ecology, and society? The argument pursued in this book is that part of the persistence of neoliberalism has to do with the archaic and obscure political theology upon which of much of its discourse trades. This is a political theology of chance that both underwrites and obscures sacrificial devotion to market outcomes. Joshua Ramey structures this political theology around hidden homologies between modern markets, as non-rational randomizing ‘meta-information processors’, and archaic divination tools, which are used in public acts of tradition-bound attempts to interpret the deliverances of chance. Ramey argues that only by recognizing the persistently sacred character of chance within putatively secularized discourses of risk and randomness can the investments of neoliberal power be exposed at their sacred source, and an alternative political theology be constructed.”

Joshua Ramey holds a Ph.D. in Philosophy from Villanova University. His research is in contemporary continental philosophy, critical social theory, political economy and political theology. His first book was The Hermetic Deleuze: Philosophy and Spiritual Ordeal (Duke University Press, 2012), and his current book is Politics of Divination: Neoliberal Endgame and the Religion of Contingency (Rowman and Littlefield, Intl., 2016). He is co-translator of François Laruelle's Non-Philosophical Mysticism for Today (with Edward Kazarian, Palgrave Macmillan, 2016). He has published articles on a range of thinkers and artists including Adorno, Zizek, Badiou, Hitchcock, Warhol, and Philip K. Dick. At Grinnell he teaches survey courses in 19th and 20th century continental philosophy as well as topics in critical theory, political philosophy, aesthetics, and political economy.

Refreshments will be served.

Grinnell College welcomes the participation of people with disabilities. If you plan to attend this event and need accommodation, please contact Burling Library as soon as possible to make your request.

Important: The College welcomes the presence of minors at all age-appropriate public events and for informal visits, with the understanding that a parent, legal guardian, or other responsible adult assumes full responsibility for their child’s safety and behavior during such visits or events. In these cases the College expects that an adult responsible for the visiting child takes measures to ensure the child’s safety and sees that the child complies with directions of College personnel. Grinnell College is not responsible for supervision of minors on campus.