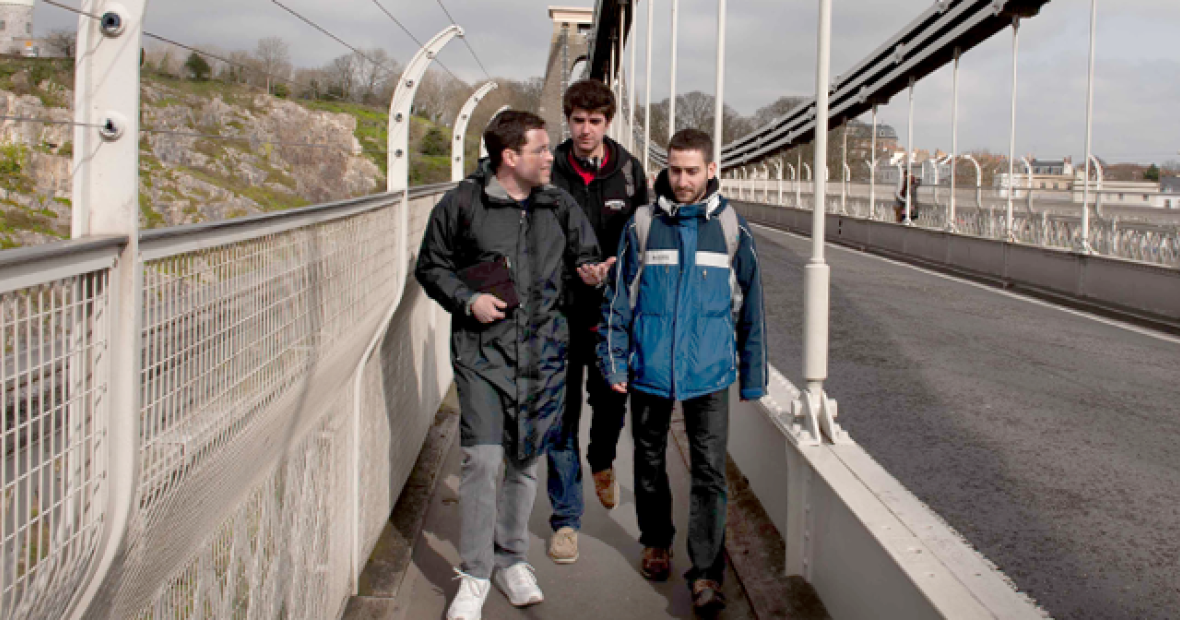 The 14 students in physics Professor Charles Cunningham’s Bridges, Towers, and Skyscrapers course had the opportunity to experience the mind-broadening effects of world travel over spring break.

This 100-level physics class is one of several courses that incorporates travel into the curriculum. Other classes have studied the cultural and political history of Berlin in Berlin, economics in Seoul, biology in Namibia, and anthropology in Costa Rica.

In the week before the spring semester began, the Bridges, Towers, and Skyscrapers students returned to campus and received an intensive introduction to the physical principles used to analyze structures and the materials they are composed of.

For the first eight weeks of the semester, the class worked through case studies and learned how to analyze common structural features.

Each student selected a major structure in the United Kingdom and wrote a paper examining the history of the structure and its societal impact.

During spring break, the class members visited their chosen structures in the U.K.

Each student presented a talk about one of the structures’ history, design, and function.

The class toured each bridge, tower, and skyscraper, and discovered that there was nothing quite like being there. Being in the presence of the engineering feats that they had previously seen only in books and online gave the students an increased appreciation and understanding of the significance of each structure’s design and context.

The trip was about more than just seeing the structures. “In today’s global marketplace, expanding students’ worldviews has never been more important,” says Cunningham.

Prior to the trip to the U.K., Eden Marek ’15, an art and Spanish double major, found the physics of the Millennium Gateway Bridge difficult to explain. “But being able to actually walk around it and see it open made everything so understandable,” she says.

Aaron Mardis ’15, a math major working toward a teaching license, agreed. “Seeing the bridge in person was a really great experience; things I had been studying in the classroom for so long really clicked,” he says. He believes the experience will help him post-graduation. “As a future math teacher, I believe this experience will help me better educate and direct my own students,” he says.

After returning to campus, Cunningham’s students revised their presentations to reflect the new, deeper understandings they have of both the physical structures and their social and cultural contexts.