Bringing Virtual Reality to the Classroom 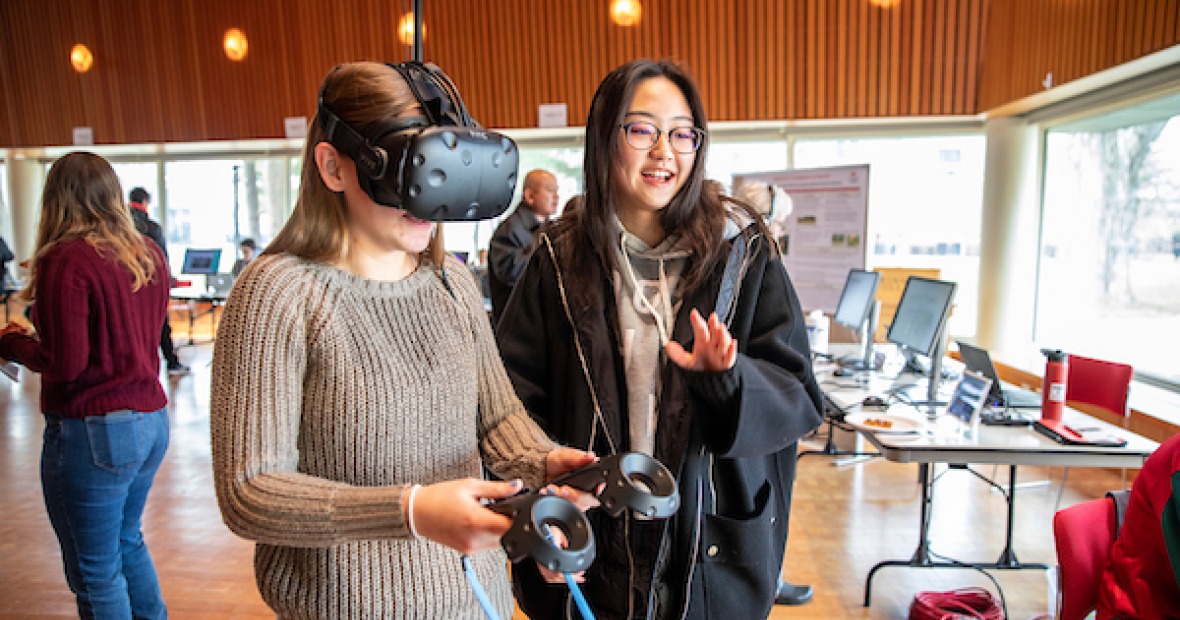 MAPS: Virtual Reality, Geometry, and A Virtual Museum for the History of Physics was a Mentored Advanced Project (MAP), not a regularly offered course in the curriculum; it involved four students working on a project over the summer. The overarching idea was to use virtual reality as a tool to understand concepts about vector fields.

“I had one student with an interest in history and mathematics looking into the genesis of the concept of vector fields in the 19th century; the notion of a vector field developed out of the emergence of the study of electro-magnetic theory,” says Professor of Mathematics Christopher French. “The other three students were involved in creating virtual reality projects that gave the user an immersive and interactive way to understand the concept of a vector field. Some of these projects were inspired by experiments that were done in the 19th century.”

This MAP explored the idea that new immersive technologies can help us learn about geometric concepts. Some students have developed their own tools for creating their projects; this proficiency can prove useful in future careers developing 3D content or educational supplements. The students took away a sense of technology as a historically evolving means for learning. For instance, the tools available now for understanding ideas such as vector fields are different than what was available in the 19th century but studying the origins of the concept can make for a richer interactive experience.

“When I myself learned about vector fields initially, they were presented in a textbook,” French says. “Ideas like the curl of a vector field and its divergence were presented by another person gesturing with their hands and asking me to imagine what they saw.”

With an immersive virtual reality experience, students can see what is intended, and going one step further, interact with the content. Such an experience allows a visual understanding of the notion.

“Understanding some of Faraday’s research into the relation between electricity and magnetism can suggest virtual experiments that a user can try out,” French explains. “In that way, they can ‘see’ the structures that Faraday imagined. That is a new style of learning.”