Celebrating Anna May Wong: A Tribute to the First Chinese American Film Star 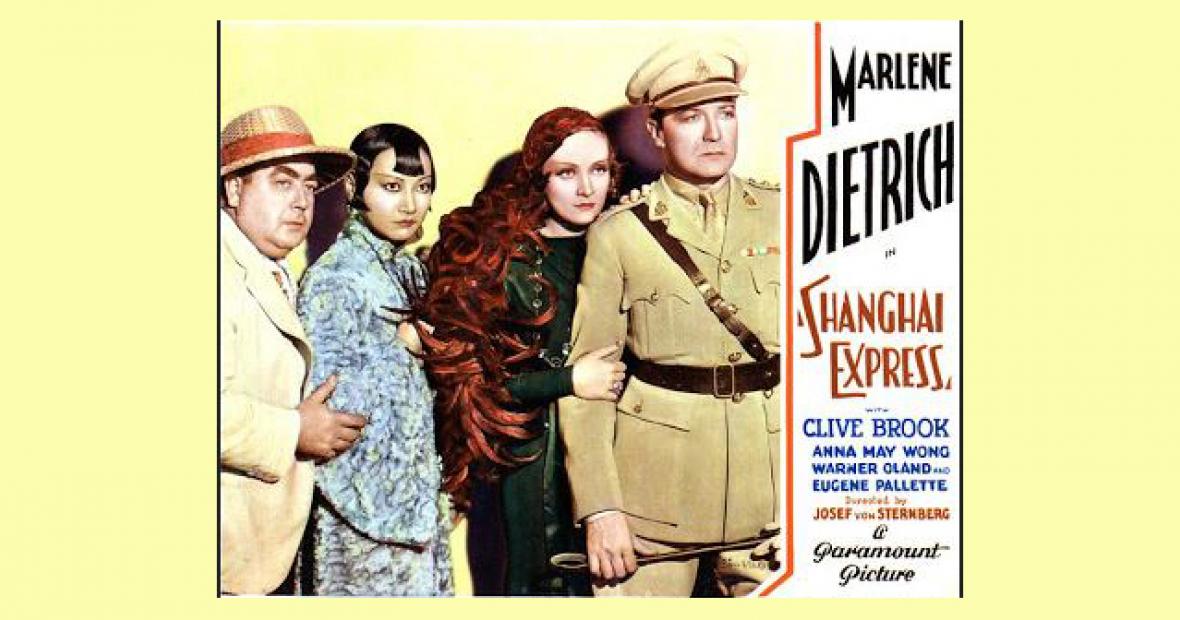 On Saturday, February 13, the Cultural Film Committee, with support from American Studies; Student Affairs; Asian and Asian-American Association; the Department of Gender, Women's, and Sexuality Studies; and Burling Library presented “Celebrating Anna May Wong: A Tribute to the First Chinese-American Film Star.”  The tribute began with a screening of the 1932 film Shanghai Express, directed by Josef von Sternberg and starring Marlene Dietrich opposite Anna May Wong. Following a light buffet, the tribute continued with a screening of Anna May Wong: In Her Own Words, a 2013 documentary from filmmaker Yunah Hong that explores Ms. Wong’s life and career. Actress Doan Ly narrates in Wong’s own words, gleaned from various interviews with the actress.

For further exploration of Anna May Wong’s remarkable legacy and influence, please see our online bibliography.  You might also enjoy a visit to Burling Library, where materials related to the actress’s life and career are displayed (in Burling Lounge, near the Smith Memorial Collection).

Born in 1905 to a laundryman and his wife, Anna May Wong was a third generation Chinese-American raised in Los Angeles. It was an era of intense prejudice and restrictive and discriminatory laws against Chinese immigrants and Chinese Americans, and this racist environment seriously limited Wong’s opportunities in life, in love, and especially in her career as a film actress in Hollywood.

Despite these challenges, Anna May Wong was cast in 50 films between 1919 and 1960, beginning with her role as an extra in the silent film The Red Lantern (Leibfried 13). She soon earned “a reputation for a high level of professionalism, personal grace and charm, and an unmatched film presence.” However, even as she became internationally known for her remarkable talent, in Hollywood she was only cast in supporting roles and portrayed as a “caricature of the Chinese woman.” Many people, including members of the Chinese Nationalist movement, harshly criticized Wong for accepting roles that perpetuated negative stereotypes, claiming she was the pawn of a Hollywood that wished to denigrate and oppress the Chinese people (Hodges xviii).

By all accounts, although it pained her deeply, Anna May Wong met this criticism as well as frequent instances of racism with poise and determination. For example, tired of being typecast in Hollywood as a dragon lady, a china doll, or a butterfly, Wong moved to Europe in 1928, acting in plays, an operetta, and in films in a less prejudiced setting. She tackled her lines in French, German, and English, and learned to speak with a British accent. Wong socialized with artists and intellectuals, and among her many companions were actor Marlene Dietrich, singer and actor Paul Robeson, photographer and museum curator Edward Steichen, opera singer Mei Lanfang, philosopher and cultural critic Walter Benjamin, and actor Butterfly Wu (Hodges 110).

When Wong returned to the United States after three years, she had achieved stardom in Europe (Hodges 109). However, she found that in Hollywood prejudice continued to negatively impact her career; for example, in 1936, she was turned down for a role in The Good Earth because she was purportedly too Asian. Although deeply disappointed with the typecasting, she continued to pursue roles on Broadway and in Hollywood films and television shows, while frequently traveling internationally, exploring her art in Australia, China, England, Germany, and elsewhere. She also worked to raise the image of China in the United States, writing articles and giving many interviews over the course of her career (183).