College to Stream British Performance of “Fleabag” on Oct. 6 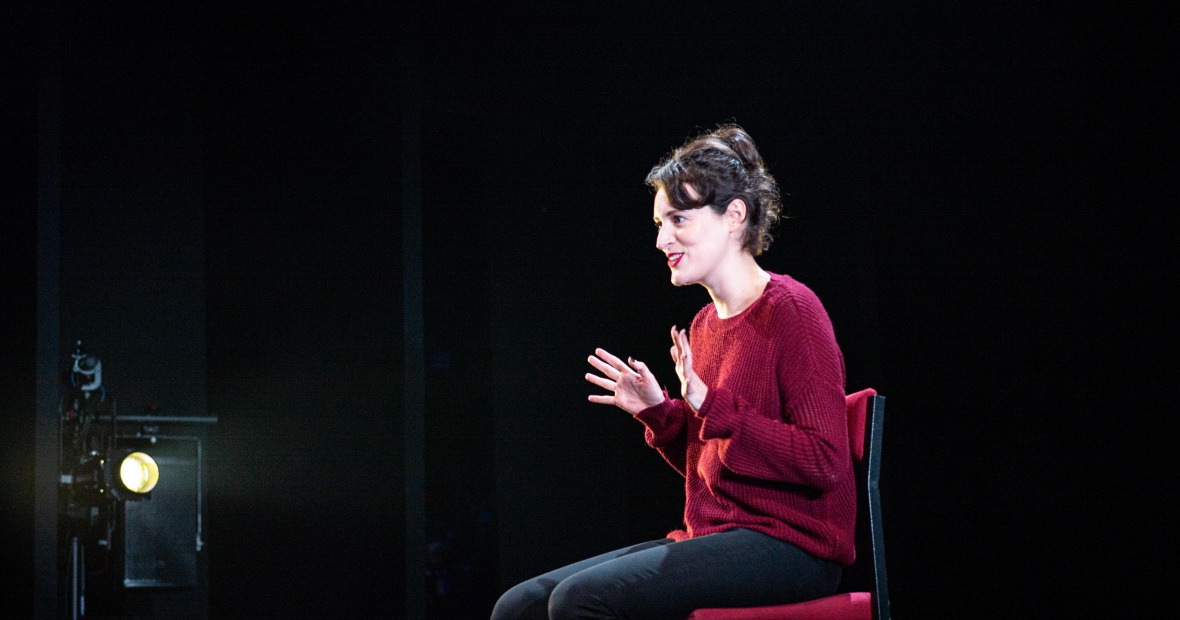 Fleabag is an award-winning, one-woman show, written and performed by Phoebe Waller-Bridge. She stars in the title role as an oversexed, emotionally unfiltered and self-obsessed woman. With family and friendships under strain and a cafe struggling to keep afloat, Fleabag suddenly finds herself with nothing to lose.

The National Theatre production, which inspired the BBC/Amazon TV series of the same name, played to sold-out audiences in New York and London. It received five stars from the Daily Telegraph, which described it as “filthy, funny, snarky and touching.” New York Magazine called it “funny, vibrant and blunt as a hammerhead.”

This show contains strong language and is not recommended for children under age 15.

Tickets: Tickets are available at the Pioneer Bookshop and at the door on the day of the show. Tickets are $15 for adults and $10 for students and children under age 12. The Office of the President has generously funded tickets for College faculty, staff, and students, and tickets are available for free at all locations. Family members not employed by the College are required to purchase tickets.

Phoebe Waller-Bridge, who stars as Fleabag in the National Theatre’s production, recently received three of the four Emmy Awards for which she was nominated for her roles in the BBC/Amazon comedy-drama series Fleabag. She collected Emmy Awards for Outstanding Lead Actress in a Comedy, Outstanding Writing for a Comedy Series, and Outstanding Directing for a Comedy Series. Waller-Bridge also is working on a Fleabag book and the upcoming James Bond film No Time to Die.