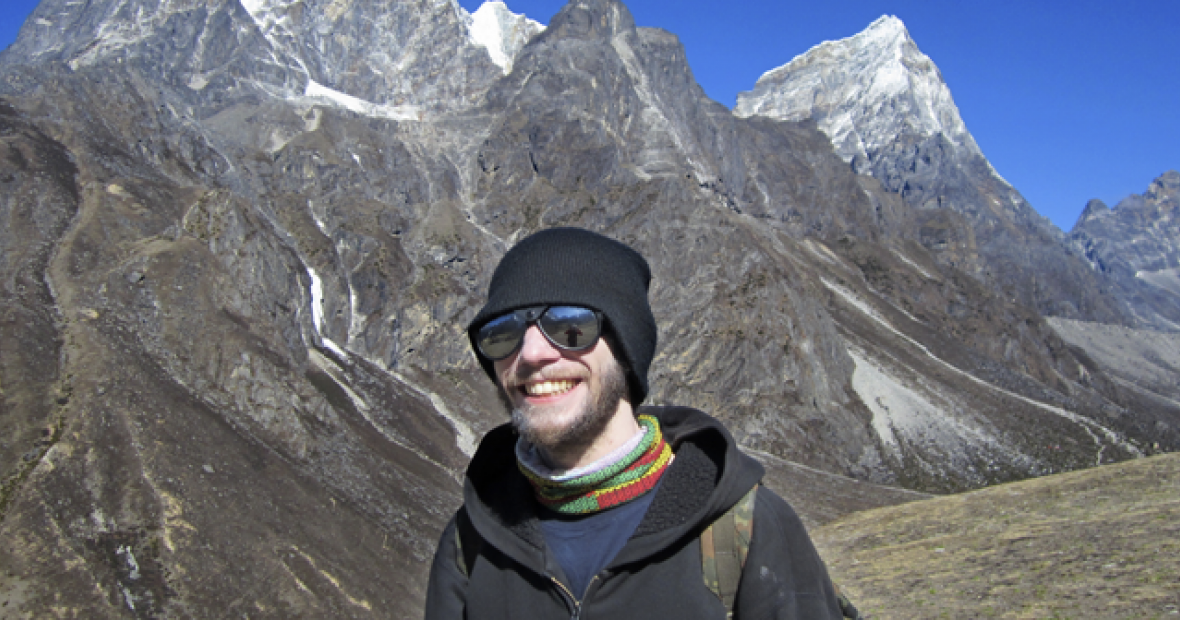 In the 61 years after it was first summited, Mount Everest has called tens of thousands of climbers to its icy trails. They focus on death-defying physical and mental achievements, but they face a more mundane summons on the mountain: nature’s call.

Every climbing season, up to 26,500 pounds of human excrement befoul Everest, most of it bagged and carried by native Sherpas to earthen pits near Gorak Shep, a frozen lake bed and village at 16,942 feet. But space is running short, and fecal coliform bacteria threaten the nearby Khumbu Glacier watershed.

Nate Janega ’06 is hoping to help solve the disposal problem. As senior engineer with the Seattle-based Mount Everest Biogas Project, Janega is designing a biogas digester that could convert the waste to methane gas. The digesters are common around the world — including in the United States, where cow manure is turned into energy — but the machinery never has been attempted in such a frigid climate.

“It’s pretty much a frozen desert,” says Janega, whose designs call for insulation and solar panels, which will provide the digester’s heat. “It’s difficult because the digester’s temperature has to be kept between 20 and 30 degrees Celsius, which is much higher than the usual ambient temperature.”

Project members hope to finalize the design this year to they can start building the underground digester next spring. The contraption is the size of a small to medium backyard storage shed. Processed waste could yield up to 667 liters of biogas a day, which would generate 50–80% of the heating value of a 20-pound propane tank, the size typically used for gas barbecue grills.

The effort builds on efforts to minimize people’s impact on the mountain. Officials in Nepal, whose economy is reliant on the climbing industry, have required each climber in recent years to pack out 18 pounds of garbage – everything from oxygen bottles to broken tent parts. They now fear human waste has reached a critical mass on Everest. 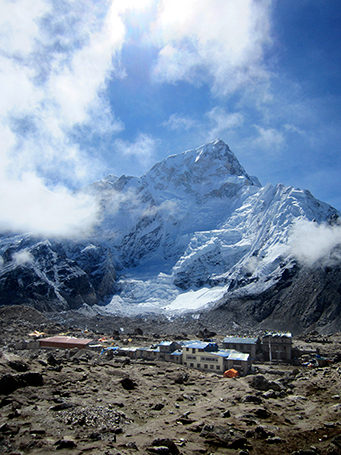 “Every climbing season sees more human waste dropped there, and there’s this overwhelming sense that as climbing becomes more accessible, the problem could grow,” Janega says.

The path to the Himalayas wasn’t always so clear to Janega. As a kid, he loved building creations with Legos, but an idealistic streak didn’t initially draw him to engineering.

“By high school, I had clearly seen the destructive influence of humans on the rest of nature,” Janega says. “I knew that I wanted my life and work to change that habit, but I didn’t know how.”

It was at Grinnell that he enrolled in a First-Year Tutorial and studied the role of biogas in China. There, biogas is credited with slowing the rate of deforestation by providing families an alternative heating source. Janega decided to major in biochemistry.

“The classes I took (at Grinnell) changed the way I analyze and absorb information. It’s a culture of expanding the mind that is still important to me today.” He went on to earn a civil environmental engineering graduate degree at the University of Washington in Seattle. For the biogas project, he’s one of six volunteer engineers. Last spring, Janega traveled to Nepal in part to survey possible sites for the digester.

This is an urgent matter. Water sampling on the mountain has shown E. coli levels are high enough to be health-threatening.

Janega made a quick impression on Garry Porter, a retired Boeing engineer who is the biogas project’s program manager.

“Nate is an incredibly bright and enthusiastic young man with a broad worldview,” Porter says. “He has a can-do attitude that sometimes gets beaten out of old engineers like myself. He’s the pointy edge of the sword right now.”