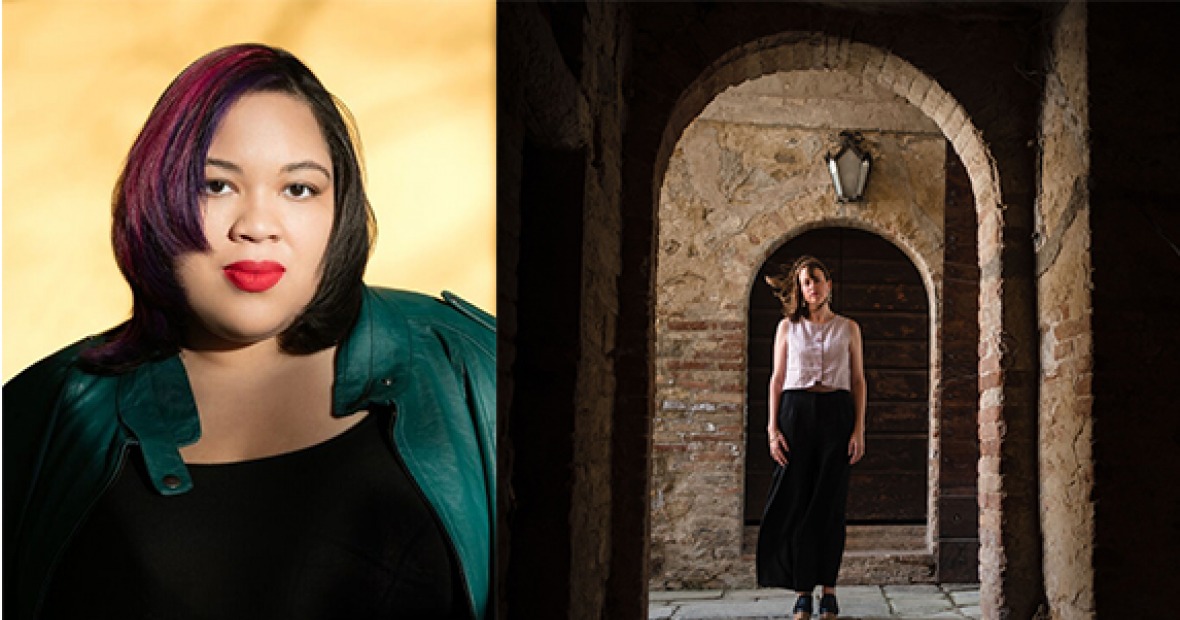 At just 26 years old, Danielle Evans burst onto the literary scene in 2010 with her breakout story collection Before You Suffocate Your Own Fool Self. Winner of the PEN American Award for first fiction and the Hurston Wright Award, Evans was named a “5 Under 35” honoree by the National Book Foundation and astonished readers everywhere with a wisdom and talent far beyond her young age. Essence declared her "Lit's new It Girl" and New York Magazine hailed the Iowa Writer's Workshop graduate the year's “hot young MFA discovery.” Evans captured audiences with her perceptive and tender stories about the “transitory awkwardness” (People) inherent to young adulthood, giving shape and significance to the lives of young African Americans and mixed race people and establishing her as an essential voice of her generation. Now, ten years later, Evans proves this is truer than ever with a stunning new collection: The Office of Historical Corrections, coming from Riverhead on November 10, 2020, in which the author amazingly surpasses herself, affirmed by Roxane Gay's declaration that she is indeed “the finest short story writer working today.”

Since publishing her first collection, Danielle Evans has lived more life and matured as a writer and her fiction has grown up alongside her. The Office of Historical Corrections tells the stories of characters, many now in their 30s and struggling with finding love, settling into an identity, losing a parent, and reckoning with how history haunts us, personally and collectively, as an individual and a nation. A “startlingly good sociocultural mimic” (Boston Globe), Evans showcases her “blisteringly smart” (Time) voice and unique gift to zoom into particular moments and relationships that also speak to larger issues around race, gender and identity. Through richly drawn characters and razor-sharp prose, Evans tells intensely intimate stories that are as timely as they are timeless, as funny as they are devastating and as pleasurable as they are painful. These are stories that transport, as much as they slyly force their reader to sit with uncomfortable but necessary questions around race, privilege, white fragility, the legacy of trauma, and the illusions of our past. Evans especially stuns with the eponymous novella, the “crowning jewel” (Publishers Weekly) that closes the collection. Ambitious, prescient and “completely transformative” (Vulture), the historical thriller illuminates recent American controversies about how we perceive and protect our national history, and how the pursuit of truth shapes us and our relationships. In this way, The Office of Historical Corrections arrives at the perfect moment: when so many are eager to engage with conversations around race and history in America, and yet also weary from the relentlessness of world events, psychically burnt out, emotionally detached. Danielle Evans brings a desperately needed nuance and empathy to our bigger cultural conversations and imbues them with a humanity that is real, honest, and recognizable.

With The Office of Historical Corrections, the already impressive Danielle Evans soars to even greater heights, delivering stories so satisfying and digestible you can’t put them down, and yet each one rich with insights that linger, expanding our understanding of each other and the world.

Laura van den Berg is the author of the story collections What the World Will Look Like When All the Water Leaves Us and The Isle of Youth, and the novels Find Me and The Third Hotel, which was a finalist for the New York Public Library Young Lions Fiction Award and named a Best Book of 2018 by over a dozen publications. She is the recipient of a Rosenthal Family Foundation Award from the American Academy of Arts and Letters, the Bard Fiction Prize, a PEN/O. Henry Prize, a MacDowell Colony fellowship, and is a two-time finalist for the Frank O'Connor International Short Story Award. Her most recent book, I Hold a Wolf by the Ears, a collection of stories, was published by FSG in July. Born and raised in Florida, Laura splits her time between the Boston area and Central Florida, with her husband and dog.

I Hold a Wolf by the Ears, Laura van den Berg’s first story collection since her prizewinning book The Isle of Youth, draws readers into a world of wholly original, sideways ghost stories that linger in the mouth and the mind. Both timeless and urgent, these eleven stories confront misogyny, violence, and the impossible economics of America with van den Berg’s trademark spiky humor and surreal eye. Moving from the peculiarities of Florida to liminal spaces of travel in Mexico City, Sicily, and Iceland, I Hold a Wolf by the Ears is uncannily attuned to our current moment, and to the fears we reveal to no one but ourselves.

In “Lizards,” a man mutes his wife’s anxieties by giving her a LaCroix-like seltzer laced with sedatives. In the title story, a woman poses as her more successful sister during a botched Italian holiday, a choice that brings about strange and destructive consequences, while in “Karolina,” a woman discovers her prickly ex-sister-in-law in the aftermath of an earthquake and is forced to face the truth about her violent brother.

I Hold a Wolf by the Ears presents a collection of women on the verge, trying to grasp what’s left of life: grieving, divorced, and hyperaware, searching, vulnerable, and unhinged, they exist in a world that deviates from our own only when you look too closely. With remarkable control and transcendent talent, van den Berg dissolves, in the words of the narrator of “Slumberland,” “that border between magic and annihilation,” and further establishes herself as a defining fiction writer of our time.

I Hold a Wolf by the Ears (LVDB)