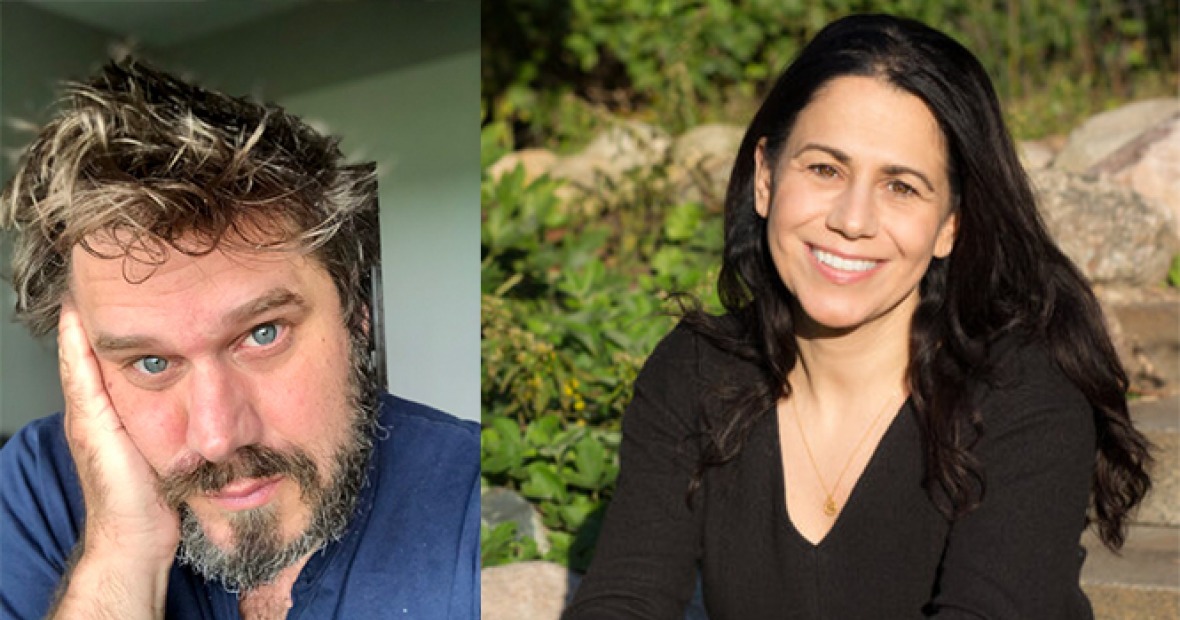 Natalie Bakopoulos is the author of Scorpionfish (Tin House, 2020) and The Green Shore (Simon & Schuster, 2012). Her work has appeared in Ploughshares, Ninth Letter, Kenyon Review, Tin House, VQR, The Iowa Review, The New York Times, Granta, Glimmer Train, Mississippi Review, MQR, O. Henry Prize Stories, and various other publications. She received her MFA from the University of Michigan, has received fellowships from the Camargo and MacDowell foundations and the Sozopol Fiction Seminars, and was a 2015 Fulbright Fellow in Athens, Greece. She’s an assistant professor at Wayne State University in Detroit. Her book reviews have regularly appeared in the San Francisco Chronicle, and she's a contributing editor to Fiction Writers Review. She’s on the faculty of Writing Workshops in Greece.

Dean Bakopoulos’ first novel, Please Don’t Come Back from the Moon, was a New York Times Notable Book; he co-wrote and co-produced the film adaptation, which debuted at the Los Angeles Film Festival and was a New York Times Critics’ Pick. His second novel, My American Unhappiness, was named one of the year’s best novels by The Chicago Tribune, and his third novel, Summerlong, was an independent bookstore bestseller and is now in development as a television series.

He is the winner of a Guggenheim Fellowship, as well as NEA fellowships in both fiction (2006) and creative nonfiction (2016). With his spouse and occasional writing partner, Alissa Nutting [English], he is executive producer of the television series based on Alissa’s novel, Made for Love, for HBO MAX, premiering in 2021; he is also developing several other television projects, and a feature film. His free monthly newsletter is No Soul, No Dark Nights.

Readings for Next Week, by Natalie Bakopoulos