The poll, a partnership between Grinnell College and nationally renowned polling firm Selzer & Company, shows President Trump’s approval rating (48%) has risen eight points since October 2019. In the same span, his disapproval rating has fallen five points to 45%. The poll was conducted March 27-30, 2020.

Despite the improved approval numbers, Trump trails former Vice President Joe Biden 47%-43% in the poll, released April 1, 2020. Both men have strong support among their bases (91% of Republican voters back Trump, 86% of Democratic voters favor Biden), while independent voters lean toward Biden 43-35%.

“The president is buoyed by his traditional voter constituencies—older, rural, and evangelical,” said J. Ann Selzer, founder of Selzer & Company. “Joe Biden benefits from a big gender gap, and he is especially popular among suburban women, winning more than two in three of that segment.”

When matched up head-to-head against Senator Bernie Sanders (I-VT), President Trump has a one-point lead (44%-43%).

Respondents give the President his highest marks for the way he has handled the economy, with 54% of Americans approving thus far. But only 43% believe the economy is in better shape than it was when he took office, a decline of 12 percentage points from October 2019.

"COVID-19 is taking an enormous economic toll on the American people,” said Associate Professor of Political Science at Grinnell College and Grinnell College National Poll Director Peter Hanson. “Historically, presidents who govern during difficult economic times are vulnerable to defeat. The sharp decline of public confidence in the economy will make it harder for the president to convince Americans that he deserves a second term.”

The Republican base has solidified around President Trump. 82% of Republican voters say their minds are made up – they’re voting to re-elect. 50% of Americans approve of President Trump’s handling of the COVID-19 pandemic.

“The president's path to reelection is narrow,” Hanson said. “While we’ve seen an increase in his approval ratings as the crisis has unfolded, the real question is how Americans will evaluate his leadership as the human and economic costs of COVID-19 continue to mount."

In a head-to-head matchup, Vice President Biden rates highest among:

President Trump’s support is strongest in these groups:

Which party candidate would you vote for in a U.S. House of Representatives race? N=141, MoE = ± 8.3 percentage points 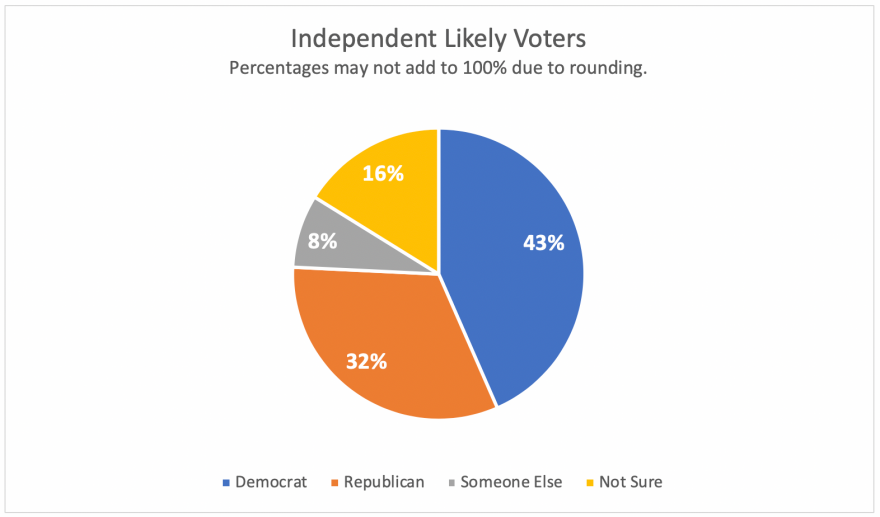