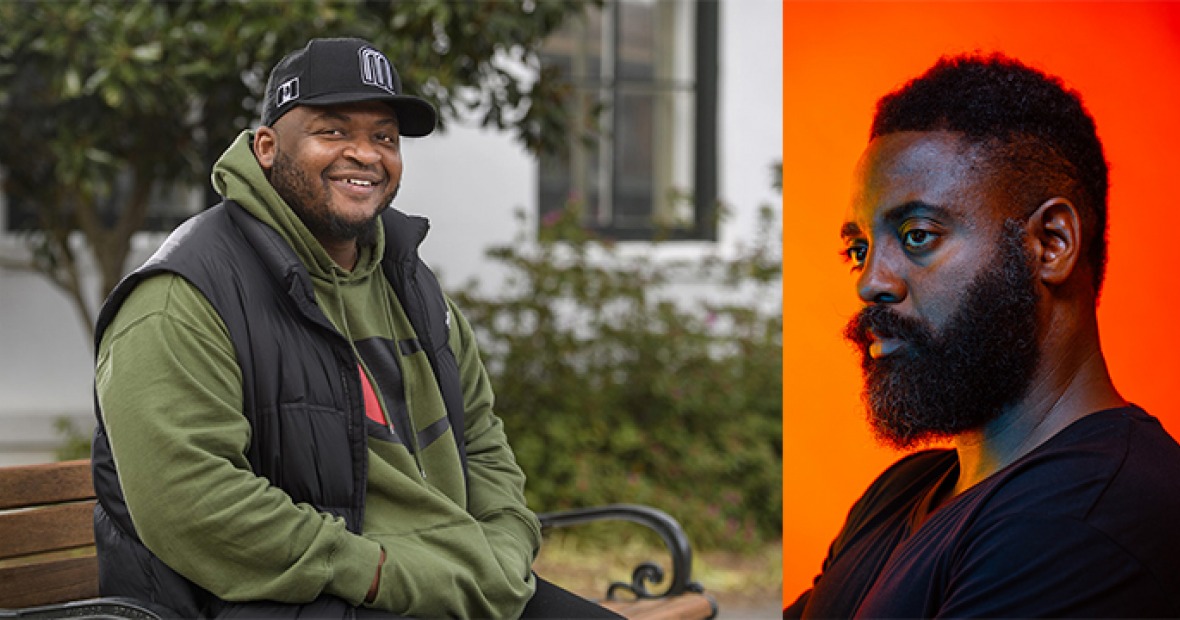 Kiese Laymon is a Black southern writer from Jackson, Mississippi. In his observant, often hilarious work, Laymon does battle with the personal and the political: race and family, body and shame, poverty and place. His savage humor and clear-eyed perceptiveness have earned him comparisons to Ta-Nehisi Coates, Alice Walker, and Mark Twain. He is the author of the award-winning memoir Heavy, the groundbreaking essay collection How to Slowly Kill Yourself and Others in America, and the genre-defying novel Long Division.

Laymon’s powerful bestselling memoir, Heavy: An American Memoir, won the 2019 Andrew Carnegie Medal for Excellence in Nonfiction, and the 2018 Christopher Isherwood Prize for Autobiographical Prose, and was named one of the 50 Best Memoirs of the Past 50 Years by The New York Times. It is a nominee for the Hurston/Wright Legacy Award in Nonfiction. In this fearless, provocative book, Laymon unpacks what a lifetime of secrets and lies does to a Black body, a Black family, and a nation hunkered on the edge of moral collapse. Reginald Dwayne Betts, author of A Question of Freedom and Bastards of the Reagan Era, calls Heavy “the most honest and intimate account of growing up black and southern since Richard Wright’s Black Boy.” In a starred review, Kirkus wrote, “Laymon skillfully couches his provocative subject matter in language that is pyrotechnic and unmistakably his own… A dynamic memoir that is unsettling in all the best ways.” Heavy was named a best book of 2018 by the New York Times, Publishers Weekly, NPR, Broadly, Buzzfeed, The Washington Post, Entertainment Weekly, was named one of the 50 best memoirs since 1969 by The New York Times, and was a finalist for the 2018 Kirkus Prize for Nonfiction. The audiobook, read by the author, was named the Audible 2018 Audiobook of the Year.

A graduate of Oberlin College, he holds an MFA in creative writing from Indiana University. He is the Hubert H. McAlexander Chair of English at the University of Mississippi, where he founded the Catherine Coleman Initiative for the Arts and Social Justice. He is at work on several new projects including the long poem, Good God; the horror novel, And So On; the children’s book, City Summer, Country Summer; and the personal narrative about family and Mississippi, I Don’t Know What You Mean.

A widely requested speaker, Reginald Dwayne Betts often gives talks about his own experience, detailing his trek from incarceration to Yale Law School and the role that grit, perseverance and literature played in his success. In addition, he has given lectures on topics ranging from mass incarceration to contemporary poetry and the intersection of literature and advocacy. Betts has given commencement speeches at Quinnipiac University and Warren Wilson College and has lectured widely at universities and conferences, including Harvard Law School, Yale Law School, the University of Maryland, the Beyond the Bench conference, and a wide range of organizations across the country.

Between his work in public defense, his years of advocacy, and Betts’s own experiences as a teenager in maximum security prisons uniquely position him to speak to the failures of the current criminal justice system and present encouraging ideas for change. That work has led Betts to be appointed by President Barack Obama to appoint him to the Coordinating Council of the Office of Juvenile Justice and Delinquency Prevention and more recently for Governor Ned Lamont of Connecticut to appoint him to the Criminal Justice Commission, the state body responsible for hiring prosecutors in Connecticut.

Named a 2018 Guggenheim Fellow and a 2018 NEA Fellow, Betts poetry has been long praised. His writing has generated national attention and earned him a Soros Justice Fellowship, a Radcliffe Fellowship, a Ruth Lily Fellowship, an NAACP Image Award, and New America Fellowship. Betts has been featured in The New York Times, The New Yorker, and the Washington Post, as well as being interviewed on NPR’s Fresh Air, The Travis Smiley Show and several other national shows. He holds a B.A. from the University of Maryland; an M.F.A. from Warren Wilson College, where he was a Holden Fellow; and, a J.D. from Yale Law School, where he was awarded the Israel H. Perez Prize for best student note or comment appearing in the Yale Law Journal. He is a Ph. D. in Law candidate at Yale and as a Liman Fellow, he spent a year representing clients in the New Haven Public Defender’s Office.