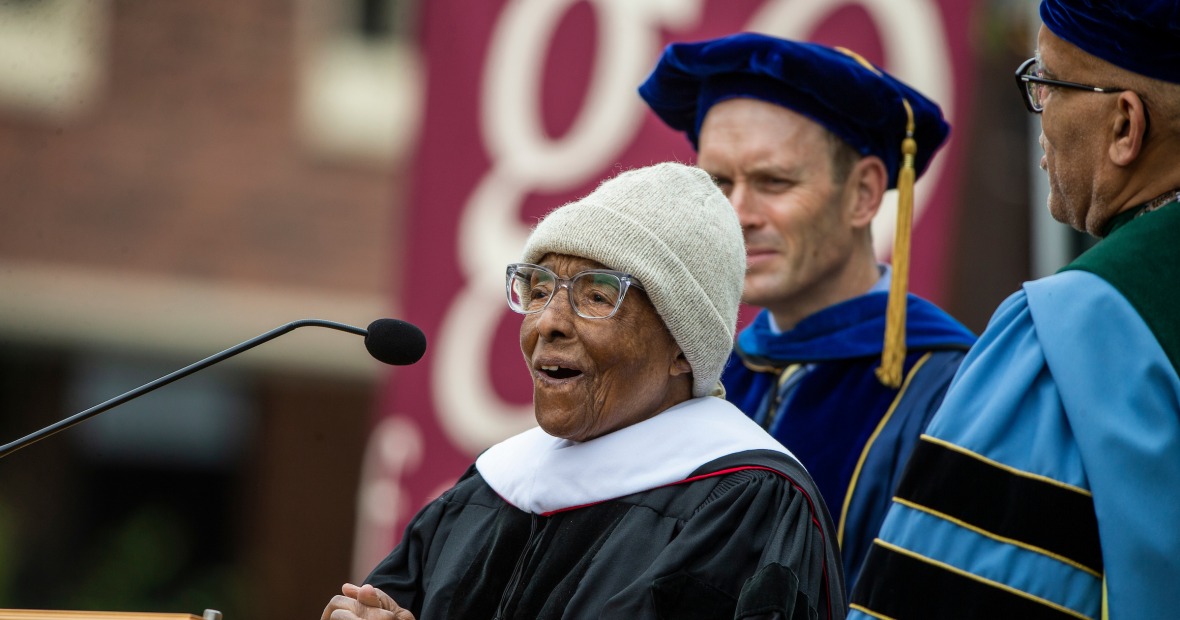 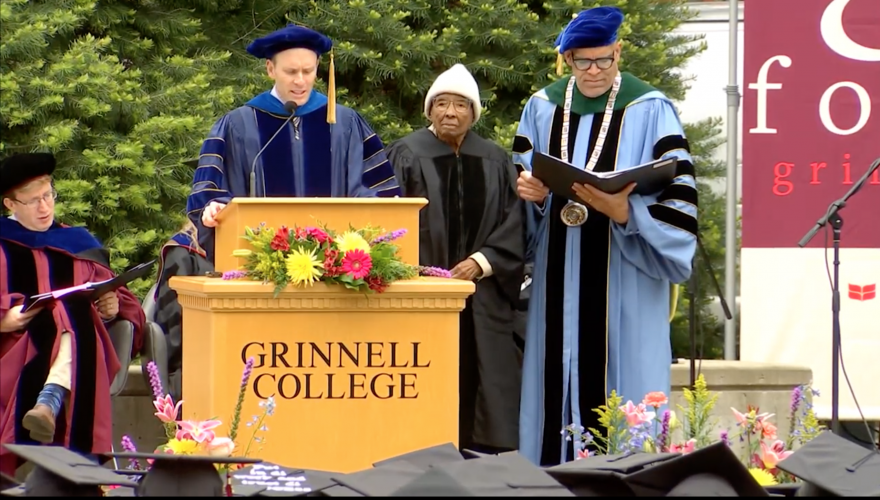 Edith Renfrow Smith has always been a trailblazer.

Growing up, she was one of a handful of African Americans living in Grinnell. She was the first African American woman to graduate from Grinnell College. And today, at age 104, she remains so mentally sharp that top scientists believe she may hold the key to successful aging.

Smith was born in Grinnell in 1914. Her parents, strong proponents of education, encouraged her to enroll at Grinnell College. She did, working for an education professor to help pay for the $125 annual tuition. She stayed focused on her studies, double-majoring in economics and history.

It wasn’t always easy to be a black woman at the school, but Smith approached it with the same practical optimism that has marked her life. “People are people,” she said in a 2015 interview of her experience at the College. “Some are nice, and some are not. If they’re not nice, leave them alone.”

After graduation, she moved to Chicago, where she worked as a stenographer and a telephone operator. She spent more than two decades as a schoolteacher. She and her husband Henry had two daughters. In retirement, she has volunteered for Goodwill and The Art Institute.

Smith has lived through remarkable transformations in our country’s history. She was born in a home without electricity and can vividly remember the first time she heard a radio. She once met Amelia Earhart.

At 104, she continues to keep a busy schedule. She has been interviewed by the Chicago Tribune and the Today show to talk about longevity. She is part of Northwest University’s SuperAgers research program, which analyzes the brains, lifestyle, psychology, and life stories of men and women who have stayed mentally sharp at age 80 and beyond. For her part, Smith believes a healthy diet, good friends and family, and a positive attitude have all played a role in her longevity.

For a life filled with groundbreaking achievements and profound optimism, we are pleased to recognize Edith Renfrow Smith ’37.

When The Chicago Tribune interviewed Edith Renfrow Smith in 2017, she said, “Everybody has a story to tell.”

There is no question that the sentiment applies to Smith herself.

She says that her experience wasn’t always easy, but, she had a reliable strategy to avoid conflict and stay focused on her goals. “If they’re not nice,” she said in an interview, “Leave them alone.”

Like many Grinnellians, she headed to Chicago after graduation. She has been there ever since. She worked as a stenographer, a telephone operator, and a public school teacher. She married and had two children. Later, in retirement, she volunteered at Goodwill and at the Art Institute.

Her life has spanned countless historical moments. She was born at the outbreak of World War I, five years before women had the right to vote. She has lived through the administrations of 18 U.S. Presidents. She personally met Amelia Earhart.

Today, at age 104, she is part of a Northwestern University SuperAgers study. The research analyzes the biological and social factors of older adults who have the mental faculties of people who are decades younger.

For her pioneering life, and the story that she has to tell, we are pleased to honor Edith Renfrow Smith ’37.

On the recommendation of the faculty of this college and with the approval of the Board of Trustees... wait a minute.

We had to pause for that. On the recommendation of the faculty of this College and with the approval of the Board of Trustees, I hereby admit Edith Renfrow Smith to the degree Doctor of Humane Letters, honoris causa.

Well, I hope I can get over here without falling.

And I know all of you wonder why I have a stocking cap on this morning. If you don't have any hair, and it's kind of breezy, you have to cover up the bald spots.

Grinnell has been my life. As you know I was born at 411 First Avenue. Went to kindergarten to Davis school and now I am receiving this great honor from our highest part of education.

This is wonderful and to see all of you people, I looked at all the graduates. You know our class there was only 88. And life has been wonderful. Remember, take every opportunity to do your best. And I have done it I hope.