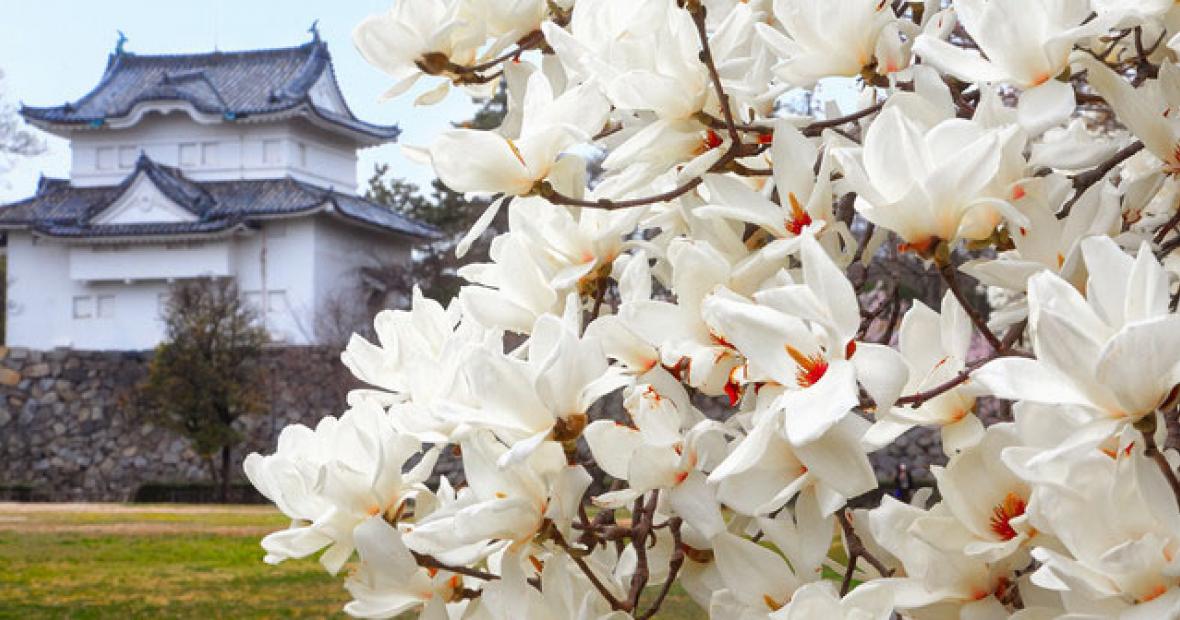 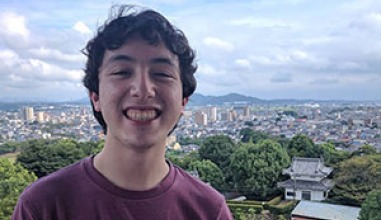 Mattori Lee Birnbaum ’19 took his first Chinese language class in fifth grade. “Being half Chinese, I figured it would be a good idea to learn a bit about what my ancestors spoke,” he says. At his Manhattan high school in New York City, Birnbaum continued taking Chinese and went on 3 trips to China with his language class, visiting Beijing, Shanghai, and Chengdu.

“These trips are some of my fondest memories of high school,” he says. “I was determined to study abroad in college due to how great these trips were.” Yet he kept his options open about where and what he would study abroad.

Shortly before graduating high school, Birnbaum’s Chinese instructor began teaching him and a friend a little bit of Japanese. It was interesting enough to prompt him to register for Japanese during his first semester at Grinnell, and he’s continued with it ever since. In his second year, Birnbaum became a member of the Chinese and Japanese Department’s Student Educational Policy Committee.

For him, it was a welcome role. “I knew that I would be involved in the department, I went to the events and language tables from early on, and I genuinely wanted to help, [so] the rest is history,” says Birnbaum, a computer science major.

“My Japanese studies have had a serious influence on my overall Grinnell experience. I’ve taken Japanese classes every semester here, I lived on Japanese floor my second year, and my closest friends have all had Japanese in common.”

Studying in Japan, of course, was a natural choice for Birnbaum. During his third year, he spent a semester abroad at Nanzan University in Nagoya, Japan. There, he took 6 classes, ranging from Japanese for Communication to Intermediate Translation, Japanese in Volunteering, and Tea Ceremony.

“The speed and amount of vocabulary and grammar were higher than what I was used to,” Birnbaum admits. “That said, I think the professors there had a strong understanding of what should be expected of us, and it never got to unmanageable levels.”

Birnbaum suffered some reverse culture shock after coming back to the United States. He describes his return to campus after being in Japan “like waking up from a dream.

“You go from life being about exploring your target culture and using your target language every day to having to specifically seek out chances to use your language skills,” he says. “[That’s] why I’ve gone out of my way so much to get involved and participate in Japan-related things.”

Birnbaum is looking forward to keeping up with his Japanese as well as learning more languages. After listening to a variety of K-pop music, for example, he recently began studying Korean.

“Coming to Grinnell has given me a much greater overall sense of the world outside the U.S.,” he says. “International students are highly valued here, and I’ve gotten a peek at a variety of cultures just by being around these students from diverse backgrounds. Part of my motivation for trying new languages is a desire to learn more about my friends and where they come from.”