A Focus on Polar Bears 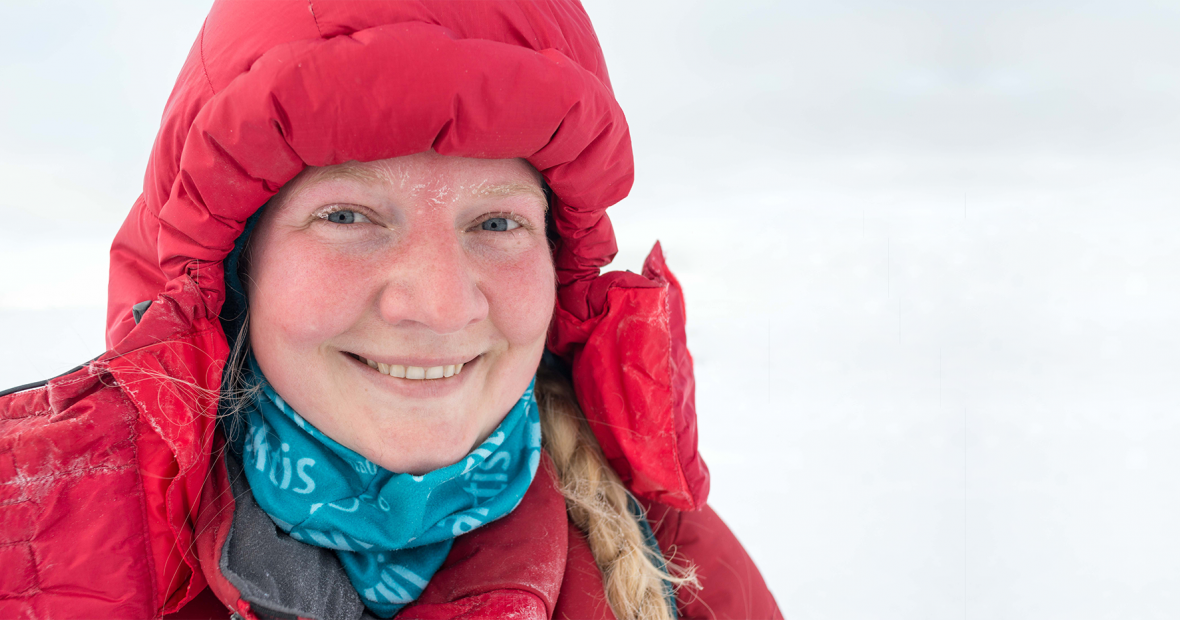 Whether through the telephoto lens of her camera or her work in villages across Russia, Alaska, and Canada, Elisabeth Kruger ’06 is focused on polar bears.

Kruger serves as the Arctic and Bering Sea program officer in World Wildlife Fund’s (WWF) Anchorage office. A major focus of her work is decreasing human-polar bear conflict — starting with safely managing bear attractants like food. “Polar bears, the most carnivorous of all bears, are extremely curious, smart, and powerful,” she says — a troublesome combination when faced with the temptation of “easy” food in villages.

Before arriving in Alaska, the Russian major first moved from the cozy classrooms of ARH to Irkutsk, Russia, on a Fulbright grant studying Siberian folk theatre. Siberia became her home for four years, and through her volunteer work with conservation groups, the pristine wilderness of the Lake Baikal region became her inspiration. When it was time to return to the United States, Kruger knew that the taiga and tundra she longed for made Alaska — where “the streets and volcanoes are named after Russian explorers” — her only choice.

Kruger’s intimate knowledge of both North American and Russian cultures and languages has proven invaluable in facilitating WWF’s transboundary work on conservation issues in this region, culminating in a trilateral strategic plan coordinating the efforts of WWF national organizations in Russia, Canada, and the United States on issues ranging from oil and gas development to salmon fisheries management. In the neighboring Bering, Chukchi, and Beaufort seas, decisions made on the national level can easily have far-ranging international consequences. Kruger appreciates that WWF positions itself “at the confluence of scientific research and local ecological knowledge,” using both resources to address conservation concerns in her region.

As polar bears have become an international icon for the global effects of climate change, research on bears garners ample public and media attention, says Kruger. “The U .S . Geological Survey recently announced that one of two U.S. subpopulations of polar bears experienced a 40 percent decline between 2001 and 2010 due to the effects of climate change on their habitat, stabilizing at the lower level in 2007.” Such stabilization in the South Beaufort Sea population gives researchers like Kruger hope that “if lawmakers act now to drastically reduce greenhouse emissions, polar bears as a species may still have a chance” of surviving this environmental crisis.

Alaska is home to a significant number of highly accessible, world-class researchers. Kruger, lacking a formal scientific background, appreciates that those researchers are both open to collaboration and are available to discuss their research. WWF’s own Arctic scientific research currently includes a partnership developing a method for individual polar bear identification using environmental DNA collected from their snowy paw prints. Kruger has contributed numerous snow samples from her travels across bear territory.

While it won’t replace the traditional mark-recapture method of collecting polar bear data, the expected increase in data points available to researchers at this crucial juncture could be transformative in our understanding of polar bear adaptation throughout the Arctic.