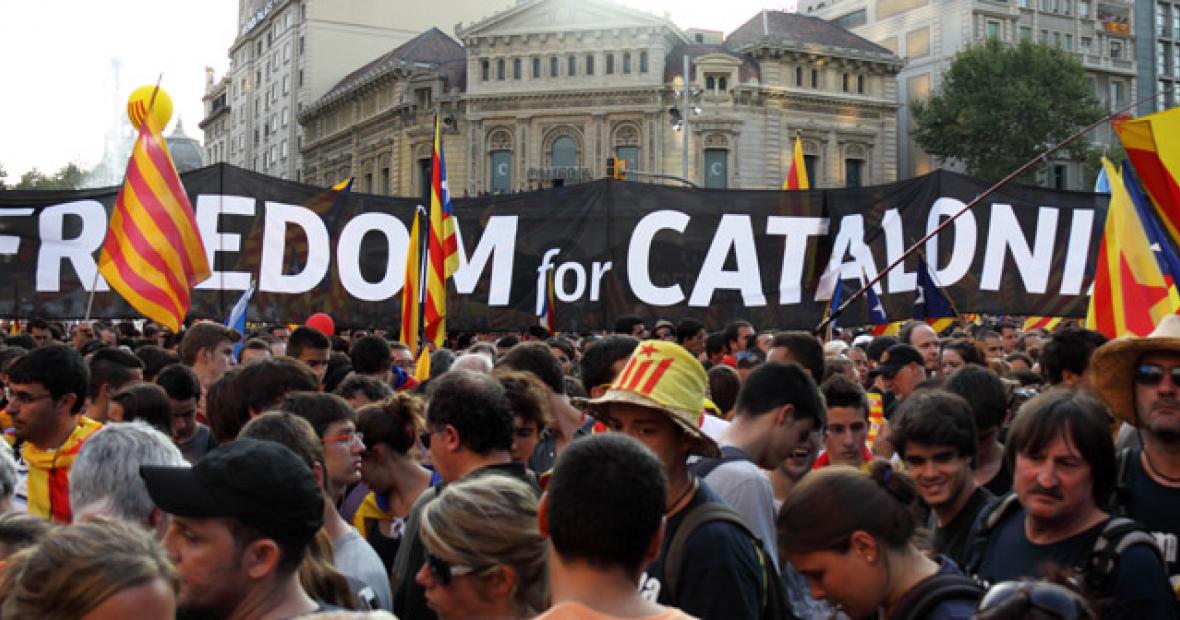 Four Grinnell College professors will participate in a panel discussion titled “Catalonia’s Bid for Independence” on Friday, Nov. 10, 2017. The free, public talk will begin at noon in the Forum Digital Arts Lab, 1119 Sixth Ave., Grinnell. Refreshments, including pizza, will be served.

The push for independence in Catalonia and Spain’s reaction to it have occupied center stage in international news as of late. In the course of a month, Catalonia celebrated an unauthorized referendum and unilaterally declared its independence two weeks ago. Subsequently, Spain suspended Catalonia’s autonomous government and imprisoned the most prominent leaders of Catalan secessionism. By all accounts, Spain is undergoing its deepest constitutional crisis since democracy was reestablished 40 years ago.

This panel aims to shed some light on the causes that precipitated Catalonia’s bid for independence and the shared and opposed mentalities that are driving this conflict. In addition, the panel will provide an opportunity to discuss what the future may hold.

The four professors participating in the panel are:

The Rosenfield Program in Public Affairs, International Relations and Human Rights is sponsoring this event.