George Anders to Speak About Work and the Liberal Arts 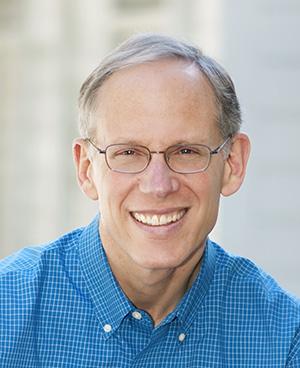 George Anders, author of five business books and an editor at large at LinkedIn who writes about college-to-career issues and the future of work, will give the Scholars' Convocation lecture on Thursday, Nov. 16. The lecture, which is free and open to the public, will begin at 11 a.m. in Room 101 of the Joe Rosenfield ’25 Center.

In his lecture, titled "Work’s Provocative Future: Which Graduates Will Thrive?" Anders will discuss the value of a liberal arts education in an increasingly tech-driven job market. He will draw from his latest book: You Can Do Anything: The Surprising Power of a 'Useless' Liberal Arts Education.

Anders, a contributing editor at Forbes Magazine, also is the author of The Rare Find: How Great Talent Stands Out, Becoming a Rare Find: How Jagged Resumes Lead to Good Jobs, Merchants of Debt: KKR and the Mortgaging of American Business and Perfect Enough: Carly Fiorina and the Reinvention of Hewlett Packard.

Earlier in his career, Anders worked as a writer, editor, or bureau chief for The Wall Street Journal, Forbes, Fast Company, and Bloomberg View. During his most focused periods, he wrote at length about Wall Street and health care, sharing in the Pulitzer Prize for national reporting in 1997. During his more free-wheeling periods, he chronicled everything from Nevada ghost towns to the perils of being a New York City bike messenger. His favorite profile subjects have included Amazon founder Jeff Bezos, Starbucks chairman Howard Schultz, and mountaineer Reinhold Messner.

Anders' other public-speaking appearances include talks or guest lectures on behalf of Reed College, Claremont McKenna, Texas Tech, Stanford, Berkeley, the University of Central Florida and the London School of Economics. He is a Stanford graduate with a B.A. in economics. His wife, Elizabeth Corcoran, is CEO and co-founder of EdSurge, an independent education technology information resource and community. Their sons are college students at Seattle University and the University of British Columbia.