Getting to the Meat of the Matter 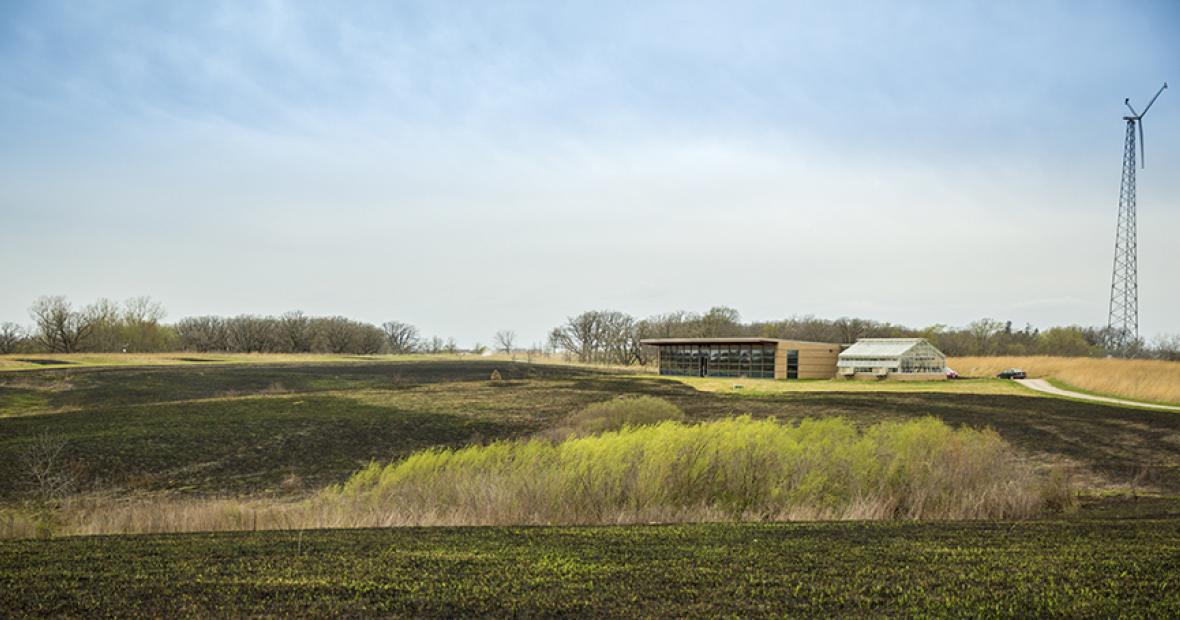 If you drive to Grinnell on Interstate 80, you might be inclined to think Iowa’s economy is heavily agriculture-based. Your eyes might deceive you, says Jack Mutti, professor emeritus of economics.

In terms of actual production, the agricultural sector accounts for about five percent of Iowa’s GDP. Yet, agriculture is connected intimately with many other industries, including manufacturing. So, the impact of recent tariffs is bigger than some of the numbers might lead you to believe, especially because the tariffs most directly affect exports.

When the United States fired the first volley of the recent trade disputes by placing tariffs on foreign steel and aluminum, Canada, Mexico, and China responded with different strategies. With respect to relevant sectors here in Iowa, China employed a tit-for-tat strategy; multiple rounds of tariffs have resulted in a 50 percent increase in tariffs on pork, an additional 15 percent on ethanol (on top of the previous year’s 30 percent), and 25 percent on soybeans. Mexico responded in a slightly different manner; rather than raise tariffs on soy and corn, Mexico increased pork tariffs, eventually by 20 percent.

Mutti suggests this tactic was part of a concerted effort by Mexico to protect its economy by increasing production of livestock, which relies on corn and soy from the U.S. Meanwhile, Canada’s response was heavily motivated by political pressure, as it targeted specific regions and states for political reasons.

The impact of these tariffs is difficult to assess in the short run, but there is already some evidence we can point to, says Mutti. Because the soybean harvest is up from last year, the impact of reduced prices will be somewhat mitigated for soy farmers. Still, China imports about 60 percent of U.S. soybean exports, so the 25 percent tariff will surely be felt by farmers, with a projected loss of income to Iowa producers of over half a billion dollars. Corn is not as heavily impacted by the Chinese tariffs, because China doesn’t import nearly as much corn as it does soybeans.

But it is also important to look at ethanol and animal exports as proxies for corn, says Mutti. Approximately 40 percent of U.S. corn is used for ethanol production. As such, the full impact of corn prices ripples through other sectors. Mutti cites a study by Iowa State University assessing the impact on pork, which estimates the value of a hog this year will decrease by about $18 per hog. Over the course of a year, that could mean over $700 million of lost revenue for Iowa’s pork industry.

In August, the USDA announced the Market Facilitation Program as a compensation mechanism for farmers impacted by tariffs. The program set different rates of compensation for various crops, including a first stage measure of $1.65 per bushel for half of soybean farmers’ crop. Corn, meanwhile, is only reimbursed at a rate of 1 cent per bushel, even though corn prices have decreased significantly. Mutti says the rationale behind the crops and amounts included in the program has been less than transparent, and possibly motivated more by politics than economic impact.

Although every dollar, or penny, helps, the program will not completely appease farmers, many of whom have lost significant earnings because of these tariffs. It’s something, Mutti says, but it won’t make them entirely whole. For example, in 2017 Poweshiek County produced 6.2 million bushels of soybeans. If they lose about a dollar a bushel on this year’s crop, as it currently stands, that could mean approximately $6 million in losses, which can have ripple effects on local economic spending. Anecdotally, Mutti notes that there have been significantly fewer purchases of combines in Poweshiek County this year, a sign that farmers are responding to lower prices and greater uncertainty.