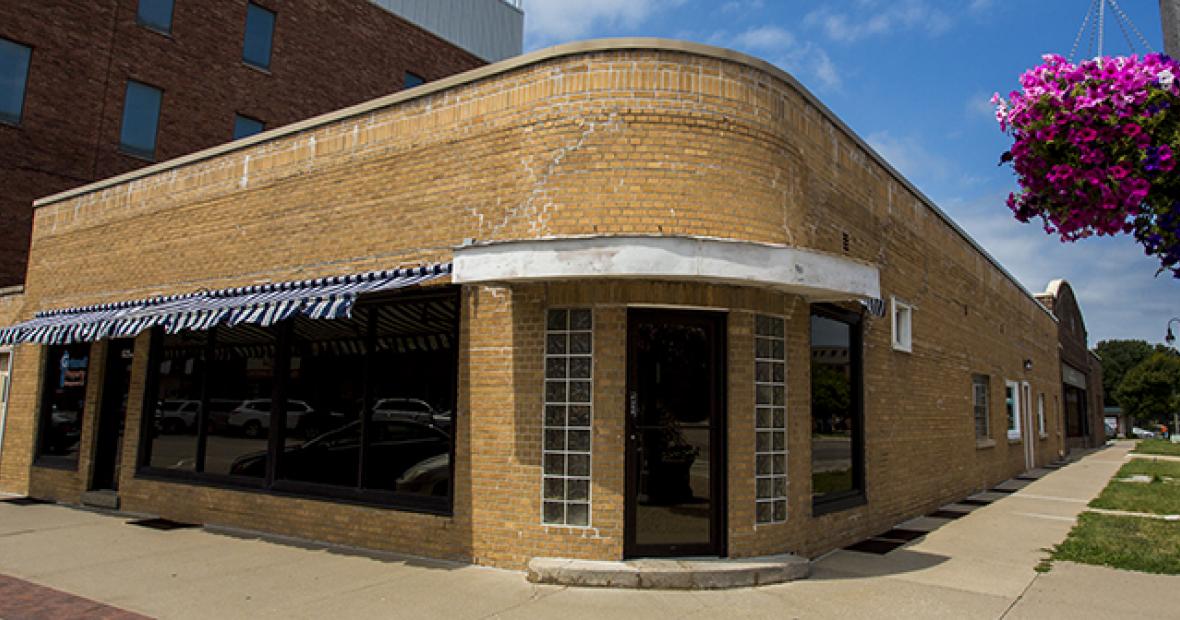 The Zone of Confluence

As part of Grinnell College's commitment to creating a vibrant Zone of Confluence linking the campus to downtown, the College has purchased three buildings on Fifth Avenue and arranged for the demolition of the vacant former McNally's location at 1021 Main St.

The Zone of Confluence is the area between the Grinnell campus and downtown. The name was coined in a 2013 Visitor Experience Study, jointly commissioned by Grinnell College and the city of Grinnell. The study recommended creating a stronger bridge between the campus and downtown to increase the social and economic vitality of downtown, while encouraging pedestrian traffic in both directions.

College and city officials are undertaking revitalization of the gateway zone in an intentional way. Their goal is to transform the area into active and vibrant mixed-used developments through public-private partnership with Grinnell College as the primary driver.

The College, which bought the former Grinnell Realty building at Fifth Avenue and Broad Street in September 2016, has decided to keep the 3,600-square-foot structure and bring it up to College structural standards. Improvements to be started mid-August include a new roof and basement floor, tuck-pointing the brick exterior, and renovating the interior of the building.

Grinnell Property Management, which is renting a small portion of the structure, will move sometime this fall. College officials have not decided yet how the rest of the building will be used once the renovation is completed, says John Kalkbrenner, assistant vice president for auxiliary services and economic development at Grinnell College. 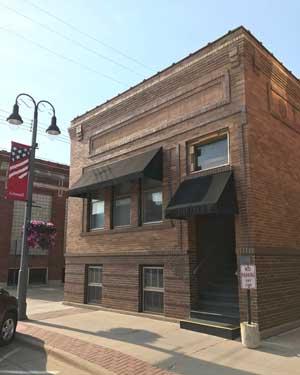 In May, the College purchased the 1,700-square-foot brick building at 815 Fifth Ave. from attorney Dennis McKelvie. He vacated the first floor and moved his office to 808 Fifth Ave. Multiverse Comics and Games continues to operate on the lower level of 815 Fifth Ave. The Interior Telephone Co. had the structure built in 1912. The company's initials, I.T.C., are part of the brickwork on both sides of the building, which was added to the National Register of Historic Places in 1990.

Current plans call for Kalkbrenner's office — Auxiliary Services and Economic Development — to move into the first floor of the building this fall. The office now occupies the College's Windsor House at 1026 Park St. Moving Kalkbrenner's office makes way for part of the College’s Center for Careers, Life, and Service, to move to Windsor House, where the staff will gain much-needed additional space. 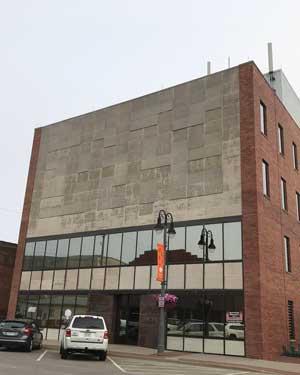 The College bought the four-story office building at 821 Fifth Ave. in September 2016 and began renovating and customizing it.

The next month, the College's Communications Office moved in, occupying the third floor of the tallest building in Grinnell.

The first and second floors now house the offices of 14 senior and emeriti faculty members.

The fourth floor is expected to remain the home of several non-college tenants. 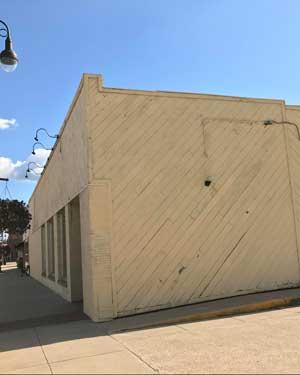 In May 2016, the College purchased the former home of McNally's at 1021 Main St. Koester Construction Co. of Grimes, is scheduled to raze the yellow structure in late August or early September. The 11,000-square-foot building has long been vacant. Koester will take precautions to prevent any damage to the adjacent building at 1011 Main St., which houses B3 Technology.

"Our building at 1021 Main St. is in such poor condition that it cannot be used at all," Kalkbrenner says. "Even the plumbing and the electrical systems have been torn out."

Several options are being considered for the .63-acre parcel, Kalkbrenner adds, noting that all of them require the removal of the vacant structure. "I hope that by the end of the calendar year we will have more to say about what's going in there," he says.

Grinnell College pays taxes on all of the properties it owns that are not used for academic purposes. These include the buildings the College has acquired on Fifth Avenue and at 1021 Main St.