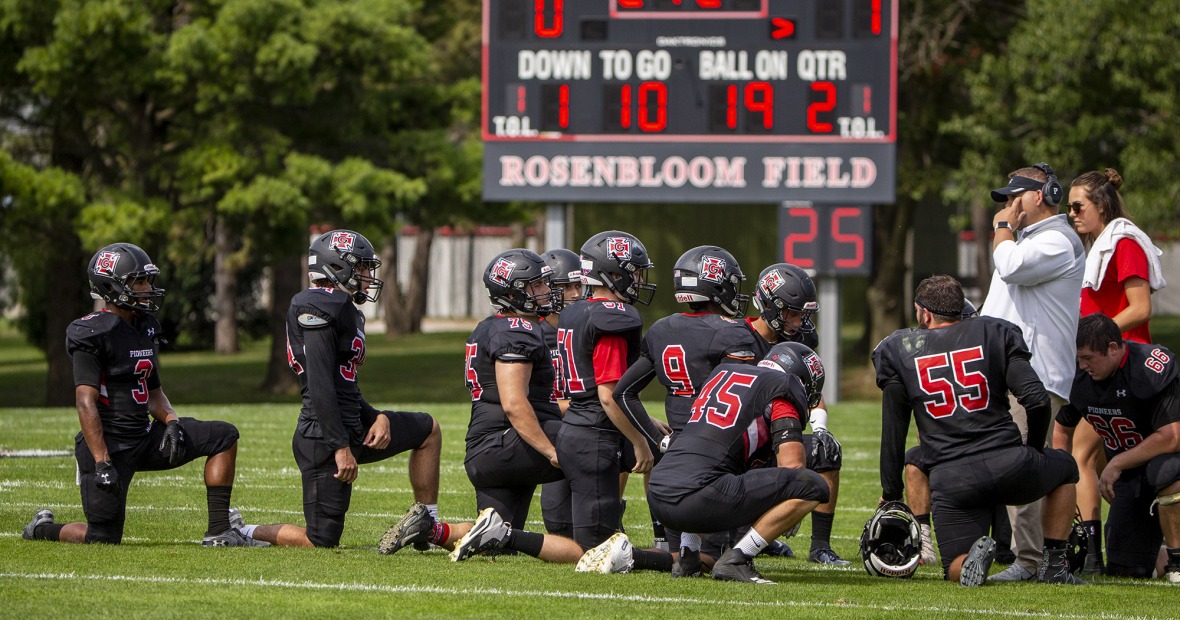 Grinnell has a long tradition of valuing student voices in decision-making and that includes in this situation. The opinions of the athletes were given serious consideration in the decision to withdraw from competitive play. The players themselves voted overwhelmingly to forfeit the remaining seven games of the season prior to the announcement of the cancellation. We applaud the students for making this difficult decision and what, for some, may be a sacrifice for the good of their teammates. We apologize for not acknowledging their role in this decision in the initial announcement.

Grinnell College has made the decision to withdraw the football team from competitive play for the rest of the season to protect the health and safety of its student-athletes. Team members have received numerous injuries this season, leaving 28 players on the 39-member roster healthy and qualified for play.

This decision is in line with the Athletic Department’s mission, which states that student-athletes benefit from an integrated, co-curricular experience that upholds the academic mission of the College as the department provides individualized and group instruction in a safe environment, celebrates academic excellence, and emphasizes experiential learning. The current state of the football team precludes the College from providing a safe environment.

The College is unwilling to compromise the health and safety of its players, including the 11 players, who over the course of the first seven weeks of practice and play, will miss some or all of the season.

In the competitive schedule, the team has compiled a 0-3 record. The seven remaining season games will be forfeited during the suspension, beginning with the Oct. 5 game against St. Norbert College.