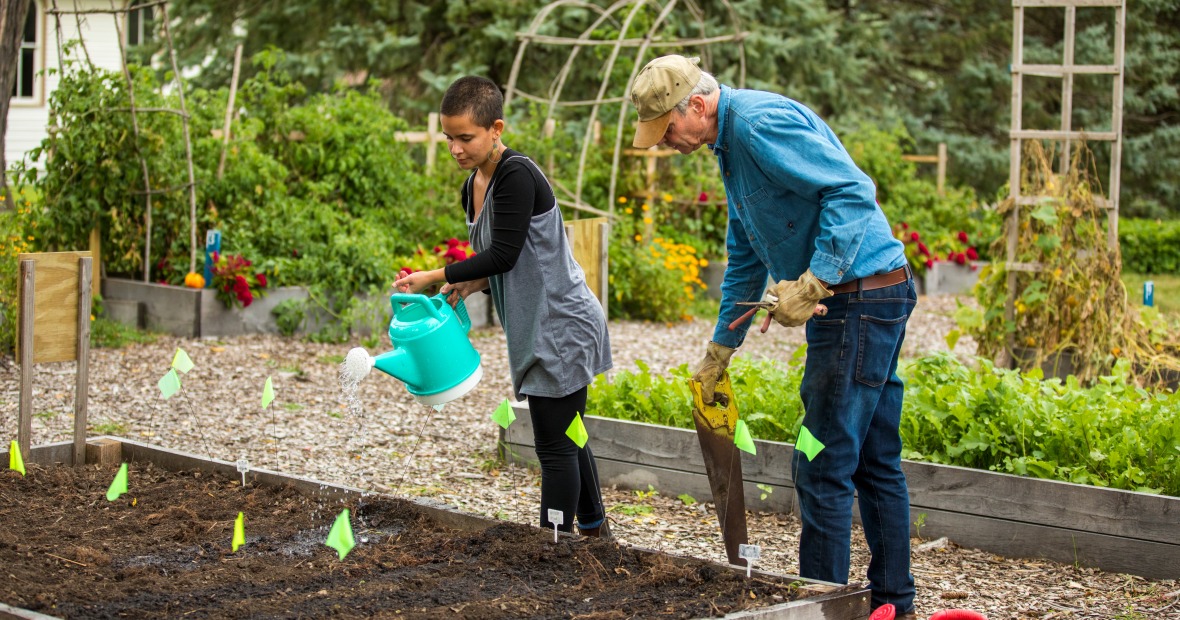 Entering its 20th year, the Grinnell College Garden is thriving and growing more produce than ever.

In the spring of 2017, when campus construction displaced the garden from its former location, a large group of students, staff, and faculty laid the plans for a new, more ambitious garden behind Food House at 1128 East St. Jon Andelson ’70, professor of anthropology and director of the Center for Prairie Studies, has been at the helm of this resurgence. With raised beds, a drip irrigation system, rich compost, a garden consultant, and a plethora of student workers and volunteers, the current garden benefits from vastly improved production capability. 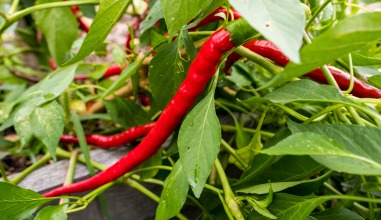 With the increase in productivity, the garden now supplies the Grinnell College Dining Hall with a variety of produce, including spinach, tomatoes, and cucumbers, throughout harvest season, from May to October. In its first year behind Food House, the garden yielded around 1,000 pounds of produce, and the 2018 harvest surpassed that number by another 100 pounds. Around 50 varieties of plants grow in the 1,800 square feet of production space, 75% of which goes to the dining hall, with another 10% to Mid-Iowa Community Action, and the remaining 15% to staff, volunteers, and for special events.

In addition to a diverse assortment of food, the garden also produces students committed to local foods and sustainability. Many students who work at the garden come with little more than an inkling of interest in local food and gardening, but they catch on quickly and play an instrumental role in planning and maintaining the garden.

Students contribute with whatever skills they have and build new ones at the garden. Hannah Galloway ’19 used her previous experience working at Mustard Seed Farms in Ames to build a trellis for the toppling tomato plants in the garden. Christina Collins ’21 lends her artistic talents to the garden as the student in charge of running its Instagram. 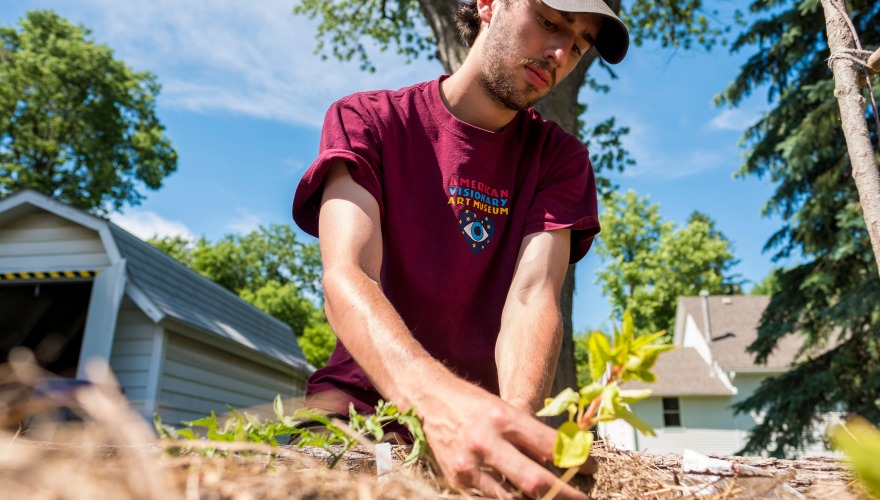 Jacob Friedman ’19 is another worker who has grown to appreciate the value of local food and sustainable agriculture through his work in the garden. Friedman took Andelson's anthropology class, Culture and Agriculture, where he first learned about the opportunity to work in the garden: “Taking that class and then working here really has done a lot to change my outlook, if not my future path. I do want to continue to be involved in this kind of work for as long as I can.” 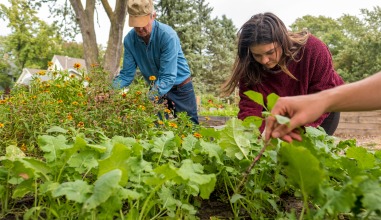 For Sarah Cannon ’19, a political science major, working in the garden opened her eyes to elements of food justice that relate to her studies: “I think food sovereignty and the power dynamics associated with who has access to what food and when is something that I'm definitely way more conscious of now than I was before working here.”

Cannon also enjoys the practical experience of working in the garden as a valuable complement to classroom learning. Learning the value of local food requires more than just a theoretical understanding, so the hands-on involvement at the garden provides essential experiential learning to students interested in sustainability.

Countless people have contributed to the garden’s success over the years, but Ann Brau, the garden consultant, plays a particularly critical role. Brau assists the garden in deciding what, when, and how to plant, and the student workers appreciate her guidance and benefit tremendously from her teaching. Her involvement with the garden goes all the way back to its beginning in 1999. Brau, with her husband Lisle Dunham, runs Compass Plant CSA, a four-acre farm located 10 miles east of Grinnell. 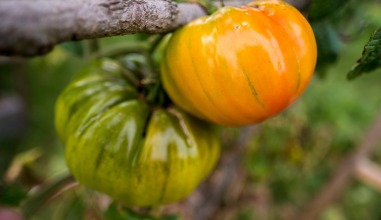 Brau notes that the collaboration evident at the College garden is quite rare and has contributed greatly to its recent growth. People from Grinnell’s local agricultural community and beyond have donated their time, expertise, and resources to the garden. In addition to the paid student workers throughout the year, other helpers from the College, high school, and broader Grinnell community volunteer at the garden.

Even though the College garden is a small venture, it is a wonderful example of putting sustainability into action. The students and other community members who interact with the garden learn to appreciate and intimately understand the value of local foods and sustainability.