This celebration provides a unique opportunity to honor current endowed professorships and celebrate the naming of four new designees:

Speakers will include President Raynard S. Kington, Dean of the College Michael Latham, and the newly installed faculty. 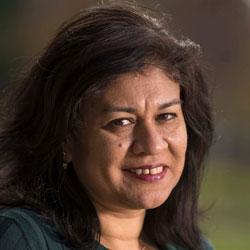 Kapila, who joined the Grinnell faculty in 2002, focuses her research on 19th century England, 19th and 20th century British colonialism in South Asia and literary cultural production in postcolonial South Asia. She is author of the book Educating Seeta: The Anglo-Indian Family Romance and the Poetics of Indirect Rule. She has served as chair of the English department as well as director of the Center for Humanities from 2011 through 2016. She was elected to the Board of the International Organization, Consortium of Humanities Center and Institutes, where she represents liberal arts colleges across the United States. She is the assistant vice president and senior international officer at the College’s Institute for Global Engagement. 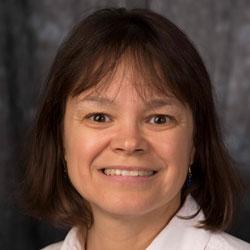 Marzluff, who became a member of the Grinnell faculty in 1997, has served as chemistry department chair, on the Executive Council and Personnel Committees, and recently completed a term as chair of the faculty. She is co-director of the Grinnell Science Project and is interested in promoting access to science for all students. In addition to teaching physical chemistry, she has also been involved in teaching policy studies. Her research focuses on the structure and dynamics of peptides and proteins in both solution and gas phase and more than 60 Grinnell students have collaborated on her work. With a recent grant, she has developed modular curricular materials for physical chemistry that introduce students to kinetics, quantum mechanics, and spectroscopy using context-rich pedagogy. 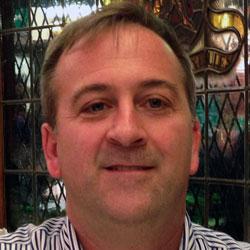 Reynolds, who came to Grinnell in 1998, chaired the German department from 2007-09 and 2011-15, and is a past director of the Center for the Humanities. He wrote the book Postcards from Auschwitz: Holocaust Tourism and the Meaning of Remembrance, the research for which was supported in part by the National Endowment for the Humanities. His current work explores the role of perpetrator photography in Holocaust memorialization. In addition to recent articles that blend his interests in Holocaust studies, memory studies, and tourism studies, he has also published on the topics of German modernism and postmodernism, postcolonial German literature, and the literary responses to German reunification. His interests in second language acquisition and place-based study have also made him a strong advocate for course-embedded travel. Since 2010 he has taken students to Europe as part of multiple team-taught classes. 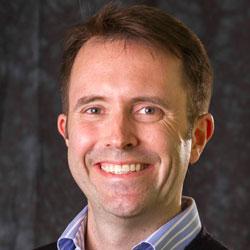 Simpson, who joined the Grinnell faculty in 2001, studies British and transatlantic literature of the Romantic period. He is the author of two books: Literary Minstrelsy: 1770-1830 and Mercenaries in British and American Literature, 1790-1830: Writing, Fighting, and Marrying for Money. He is principal investigator of the Digital Bridges for Humanistic Inquiry, a partnership with the University of Iowa. His interests in computer programming and the digital humanities have led him to collaborate with Grinnell College students to create websites that feature student scholarship related to transatlantic 1790s and James Joyce’s Ulysses. He is co-chair of the planning committee for the College’s new Humanities and Social Studies Center.
Grinnell College welcomes the participation of people with disabilities. Accommodation requests may be made to Conference Operations.
The College welcomes the presence of minors at all age-appropriate public events and for informal visits, with the understanding that a parent, legal guardian, or other responsible adult assumes full responsibility for their child’s safety and behavior during such visits or events. In these cases the College expects that an adult responsible for the visiting child takes measures to ensure the child’s safety and sees that the child complies with directions of College personnel. Grinnell College is not responsible for supervision of minors on campus.
This venue is equipped with an induction hearing loop system, which enables individuals with hearing aids set to T-Coil to hear the program.
Tagged as