Donna has stood at the program’s center and made it a Grinnell away from Grinnell with a richness of experiences and memories for all who attended for nearly half a century. 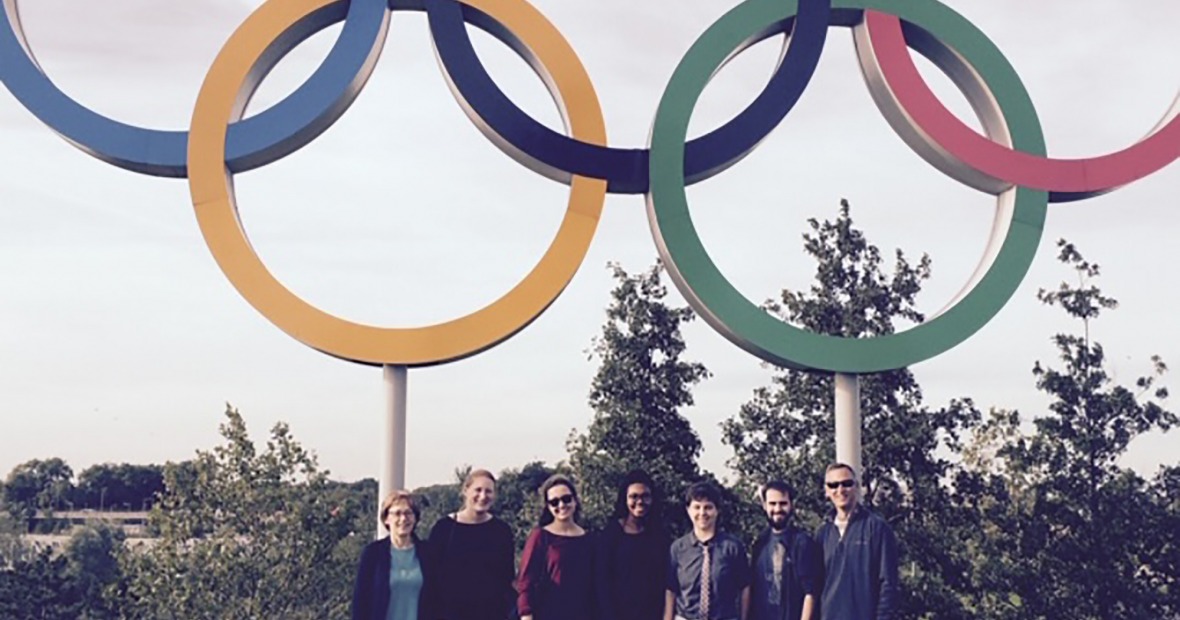 Since it was launched in 1974, the Grinnell-in-London program has created opportunities for more than 1,400 Grinnell students to experience an immersive semester abroad earmarked by the academic rigor and critical inquiry which are hallmarks of a Grinnell education.

Donna Vinter began teaching in the Grinnell-in-London program in 1980 and has shaped and directed the program since 1982 when she became the director. Having initiated the popular parliamentary internship program and centered experiential learning at the heart of her students’ experience, Donna’s creativity inspired new ways for students to experience studying abroad.

“Donna found ways to bring London — its history, its people, its culture — to life for us,” says Jayn Bailey Chaney ’05, GIL ’03. “As a theatre major, I was blown away by the opportunity to attend a performance each week as part of the program’s curriculum. She promoted and facilitated learning through experience before that was necessarily a trend in higher education. My semester in the Grinnell-in-London program was transformative in terms of ‘connecting the dots’ between theory and practice.”

Daphne Cunningham ’95, GIL ’04, shared, “In 1994, she led us on tours through Bath in the South then on to the moors of Bronte country in the North. If you were interested in a particular subject, Donna likely knew someone. She sent me to meet a woman in the Asian neighborhood of Brick Lane to discuss volunteer opportunities when I expressed an interest. At one meal hosted at the church venue, we had the MP Paul Boateng as a speaker and guest because Donna is not shy about asking the great and the good to come speak to her students. We wouldn’t just read Rudyard Kipling’s Kim in her English literature class, we would walk through his study and garden at his home. Donna, a head shorter than most of her students, led the way on our field trips offering those who stayed close to her insight into the garden, manor, heritage site of the day, but often letting us explore at our own pace among friends.”

During Donna’s tenure as the director, she has skillfully managed changes in the program that have come, in part, from the ever-shifting field of off-campus study.

“Donna was an enthusiastic teacher,” says Cunningham. “The heart of Grinnell-in-London has been Donna Vinter for the past 40 years. She has stood at the program’s center and made it a Grinnell away from Grinnell with a richness of experiences and memories for all who attended for nearly half a century.”