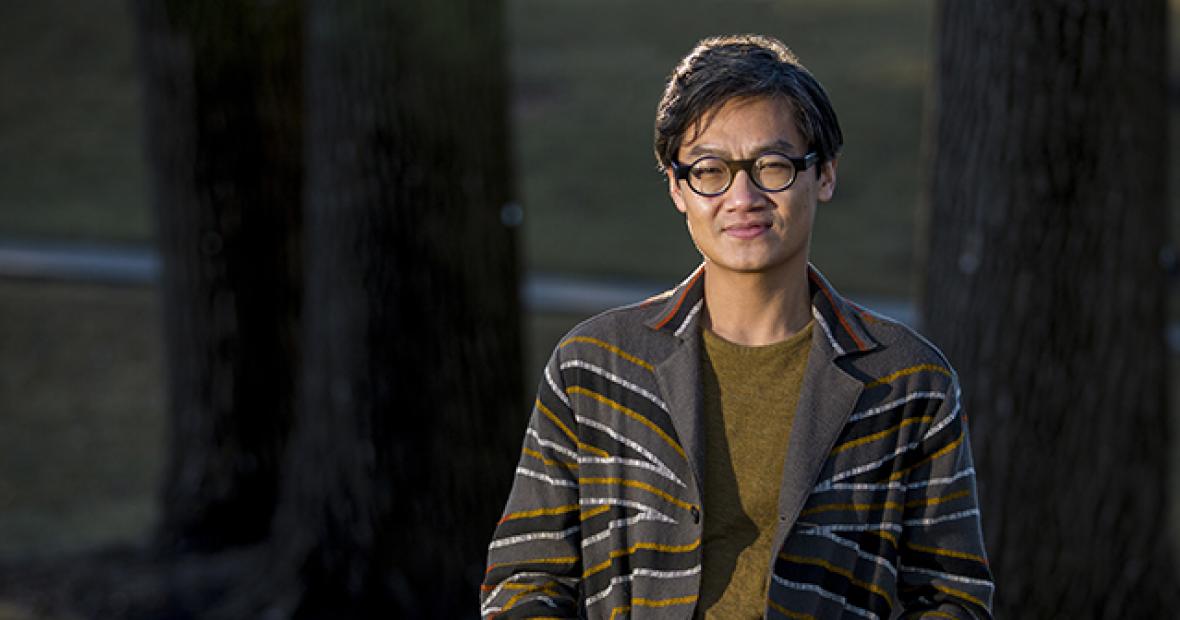 The National Endowment for the Arts recently announced that poet Hai-Dang Phan, assistant professor of English, is one of 37 writers nationwide to receive 2017 individual creative writing fellowships of $25,000. Phan was selected from more than 1,800 eligible applicants through an anonymous review process based on artistic excellence.

“With their talent and diverse backgrounds, this year’s creative writing fellows, including Hai-Dang Phan, will add to our country’s rich literary history,” says NEA Director of Literature Amy Stolls.

“What a tremendous honor it is to have my work recognized by the National Endowment for the Arts,” Phan says. “I am completing the manuscript for my first book of poetry, tentatively titled A Brief History of Reenactment. In addition to the windfall of time and money, this fellowship gives me a big boost of confidence and affirmation to write the poems I still need to write.”

Last year was a highly successful time for Phan as a writer. He received the New England Review's Emerging Writers Award, a scholarship that enabled him to attend the prestigious Bread Loaf Writers' Conference in Vermont last August.

For his poem titled, “My Father’s ‘Norton Introduction to Literature,’ Third Edition (1981),” Phan won the Frederick Bock Prize, given by editors of Poetry in recognition of the best work published in the magazine during the past year. That poem was also selected for Best American Poetry 2016, guest edited by nationally renowned poet Edward Hirsch ’72, president of the John Simon Guggenheim Memorial Foundation.

“Hai-Dang Phan, who has been nurtured by Grinnell, is a gifted poet of dislocation, migration and inheritance,” Hirsch says. ”He is part of the future of American poetry.”

“It feels personally significant to me that I received this fellowship as an English professor at Grinnell,” Phan says. “And not just because I was actually in my office in Mears Cottage when I received the phone call from the NEA!

“Grinnell College has been a supportive creative and intellectual environment for me for many years,” he adds. “First as an undergrad here, and now as a professor in the English Department.

A faculty member at Grinnell since 2012, Phan is the author of the chapbook Small Wars (Convulsive Editions, 2016). His poems have been published in The New Yorker, Poetry, Best American Poetry 2016, New England Review, jubilat and other journals. He holds a Ph.D. in literary studies from the University of Wisconsin-Madison and an M.F.A. from the University of Florida. Born in Vietnam and raised in Wisconsin, he now lives in Des Moines.