The Head and Heart of an Advocate for Social Justice: Denisha Renovales ’17 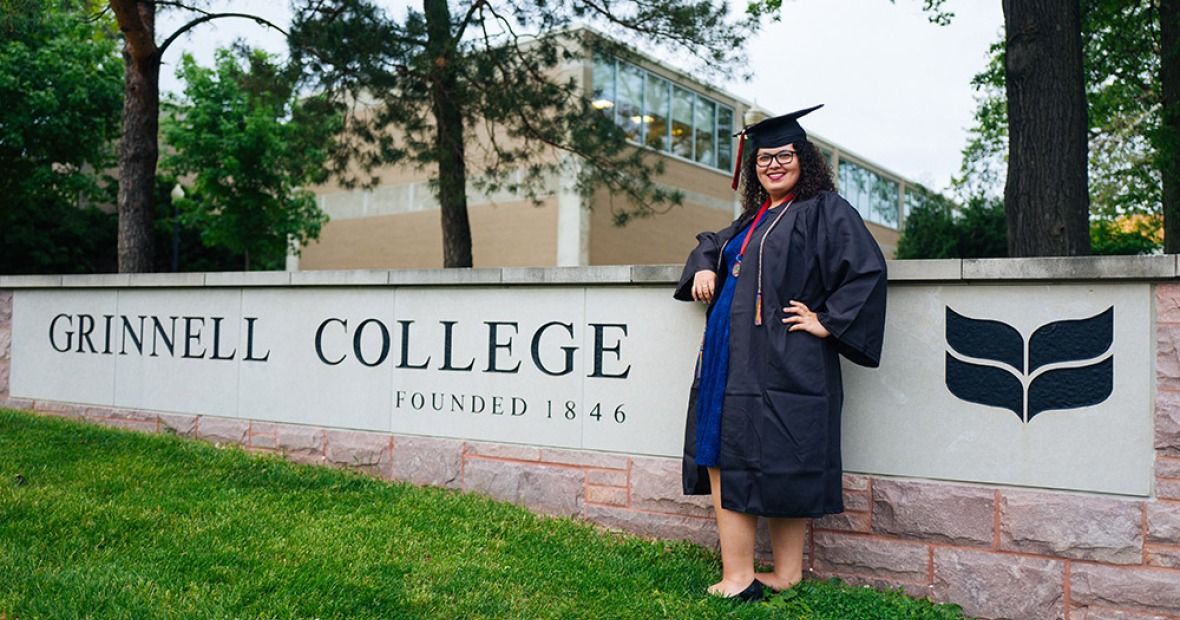 Throughout Grinnell College’s history, social justice, equality, and social responsibility have been more than just words. They reflect a deep commitment on the part of the College and its people. As citizens of the world, we lean into these ideals and commit to contributing to the common good. As Grinnellians, we learn how to learn and practice how we can make a difference in the world.

Denisha Renovales ’17 came to Grinnell with a strong drive to be a champion for social justice and an advocate for minority communities. The courses she took in the department of gender, women’s, and sexuality studies (GWSS) made her aware of an opportunity to learn more about the social impact that she could have.

Renovales decided to major in GWSS and she couldn’t be happier with her choice. As a double major in GWSS and sociology, she has the tools to be a strong advocate for the causes she believes in, and the ability to accurately express her thoughts on society’s many issues.

Renovales says that learning about scholars in her field who have made a career of advocating for women, BIPOC individuals, the LGBTQIA community, and other minority groups made a significant impact on her. Renovales recognized the important impact these individuals had on our society as professors, lawyers, nonprofit leaders, and more. She wanted to emulate them.

Renovales says she was drawn to the GWSS department and its people. She speaks highly of Professor Lakesia Johnson as a professor and mentor. Professor Johnson was the first person Renovales had met with a background in both law and gender studies, and who held both Ph.D. and J.D. degrees. Renovales was inspired. Johnson led her First-Year Tutorial (a class taken by all first-year students at Grinnell to develop writing, speaking, and discussion skills). Renovales realized these were the professors she wanted to surround herself with as she worked toward her degree. 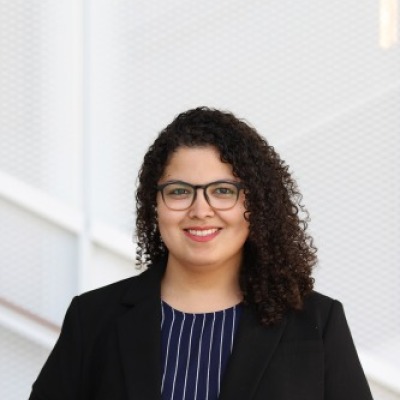 Grinnell helped me get where I am today, and I am grateful for that.

While at Grinnell, Renovales also had the opportunity to pursue several internships, preparing her for a professional career and setting her up for success in her field.

From Classroom Success to a Legal Career

Renovales says her decision to apply to law school solidified during her third year at Grinnell when she took a course on Critical Race Theory: Advanced Constitutional and Anti-Discrimination Law, taught by then-Professor Angela Onwuachi-Willig ’94, a Grinnell grad and now dean at the Boston University School of Law. The course inspired Renovales in her ambition to become a legal scholar.

Onwuachi-Willig encouraged her to go to Iowa Law’s Bridge Program, which supports diversity in legal education and the legal profession by providing prospective students from underrepresented communities with experiences to help them learn more about the legal profession and the law school experience. Renovales says participating in this program made her believe that law school was a real possibility for her.

After graduation from the University of Iowa College of Law, she is pursuing her career as an attorney in Wisconsin.

If Renovales could offer advice to her younger self just starting college, what would she suggest? For starters: be kinder and gentler to yourself, especially as the first-generation college student. Also, start networking sooner if possible!

Denisha Renovales hails from Chicago and will make Milwaukee, Wisconsin, her home after graduation. She lives with her husband, Alfredo Colina ’17 and their dog, Lilly.