How Dance and Language Converge 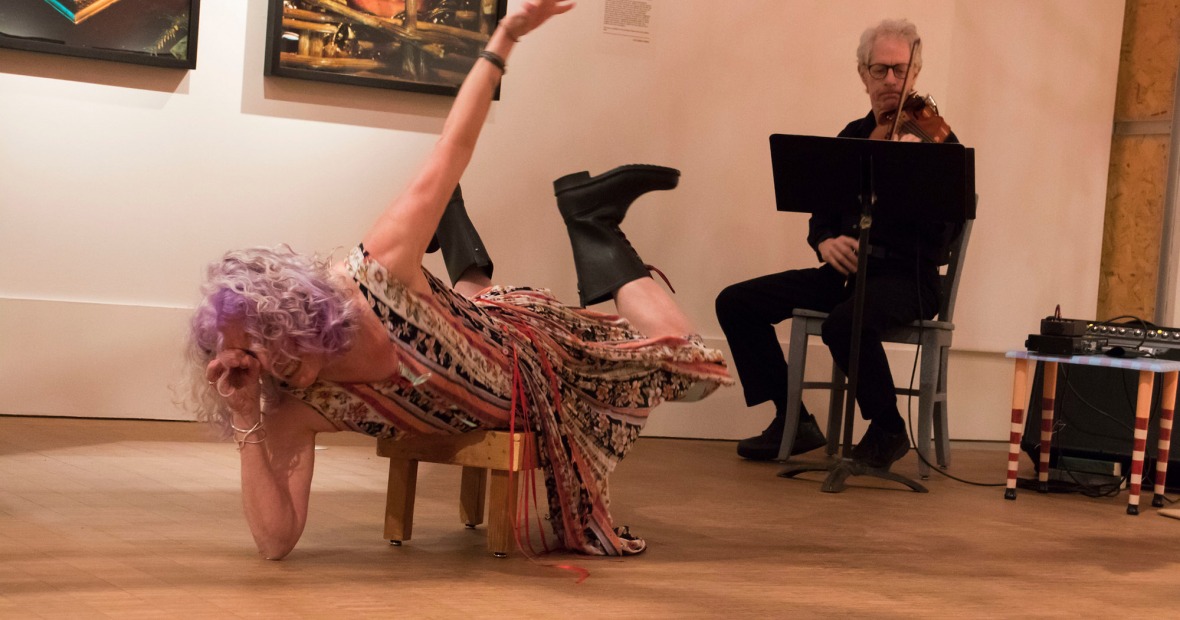 Assistant Professors Cynthia Hansen and Celeste Miller find that working across disciplines is just as thrilling for them as for their students.

“I had never had — nor could I have imagined — the opportunity to study cross-departmentally in two such seemingly disparate departments,” says Katherine Kopp ’21, who took the course Choreolinguistics last spring. “Coming into this process, I thought one was all in the head and one was all below the neck. I've never been so wrong! The two are entwined so tightly, it's hard to imagine ever not realizing it.”

The two professors, who plan to develop and teach a tutorial course around choreolinguistics in the fall, acknowledge that the theory is still a work in progress.

Miller says the interdisciplinary collaboration works because both dance and language are used to foster communication.

“I define dance with my students as movement aware of itself, practiced with intent, which opens it up and makes it accessible to anyone who wants to explore intentional movement as a communicative, expressive, aesthetic product,” she says. “If linguistics is a system of symbols used for communication and dance is movement of aware self-practice of intent, then there's where the interdisciplinarity juncture of what we’re working on meets.”

To help create this new interdisciplinary theory, both professors have taken each other’s classes, including 100-level courses. The excitement they brought to the table in their co-teaching efforts definitely inspired their students, says Ania Chamberlin ’19, who also took Choreolinguistics.

“It was amazing to be in a class where the professors were both so clearly engaged in learning from each other and from the discussions we had in class,” Chamberlin says. “It was exciting to be in a situation where the professors were learning new things along with the students. Celeste and Professor Hansen successfully created a space in which we felt we were all embarking on an educative journey all together.”

Kopp says the course broadened her thinking around how the different disciplines and subjects she studies can intersect.

“Now, looking back, as well as looking forward to the rest of my studies, I’m incredibly grateful I’ve had my eyes opened by this experience,” she says. “It has helped me find commonality where at first there may not seem to be any, and it has helped me utilize differentiation as an agent of understanding rather than just one of separation.”