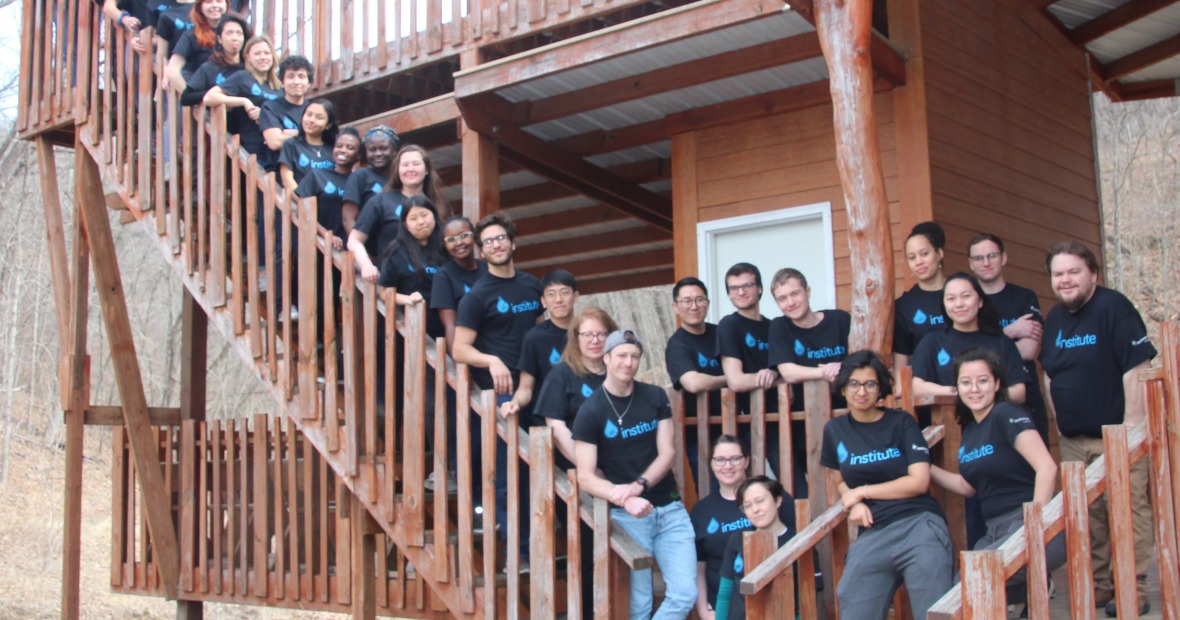 If you were asked to name a good place for the next generation of future leaders to be forged, Boone, Iowa might not be your first choice. However, if you were to go by the testimony of a group of over two dozen Grinnellians who gathered there recently during the spring break of 2019, that was precisely the place to look.

For this group of Grinnell students, alumni and staff — brought together by funds from the College’s Student Government Association (SGA), its Division of Student Affairs, the Dean’s office and the Donald and Winifred Wilson Center for Innovation and Leadership — the Boone YMCA camp was ground-zero for a high-level, high-intensity summit at which they struggled, individually and collectively, to define how they might lead the world “towards a vision grounded in their deepest values.”

That’s the avowed goal of the LeaderShape, a training organization that, since 1986, has run its institute at colleges and universities across the country in order to build “just, caring, and thriving” communities and organizations by “increasing the number of people who lead with integrity [and who have] a healthy disregard for the impossible.”

As one might expect, this was a goal and a methodology Grinnellians could get behind. Describing the process in an anonymous post-event critique, one participant said, “I realized that I can create a community of the people that care about me and my vision for the world. I don’t have to fit into an already existing community; I make my community by the people that I choose to develop connections with. Even if different, many people can be your allies.”

During the 30-plus years during which the LeaderShape Institute has been evolving and refining its methods and philosophies, the organization has trained over 60,000 students. Typically, each institute hosts 30 to 70 participants in a six-day residential program, with each participant working to develop a “breakthrough blueprint” for work they plan to do in the future.

On the Grinnell group’s arrival in Boone, LeaderShape’s on-site facilitators divided participants into a number of family clusters. Each cluster was then assigned a liaison from College staff in attendance, and received a series of challenges it had to surmount. What sets the institute apart from other team-building training experiences is less the nature of these challenges than what comes after — a series of group discussions during which participants encourage each other to dive deeply into their personal ideals. Through the synergy of the training exercises and group discussions at the Boone gathering, the facilitators helped each cluster to form itself into an inclusive mini-society, thus providing a tangible example of the way participants could, in the future, become leaders in building “communit[ies] that matter.”

One of the participants described the community-building process this way: “[W]e got in a circle and started sharing our personal stories, [and] eventually, the circle got bigger and bigger. [L]istening to everyone’s stories got us so much closer together as a group, [and it helped me to] grow in confidence, and to validate myself. Who I believe myself to be, I know now that I am.”

One highlight of the program was a mid-week guest leader forum. In a typical LeaderShape Institute, attendees take part in a panel discussion with real-world role models from business, industry, and the professions. At the Grinnell Institute, this panel featured a trio of College alumni, including George Drake ’56 (emeritus president of the College), Emily Westergaard ’02 (CEO of the By Degrees foundation, a Des Moines-based non-profit which builds coalitions within communities to increase high school graduation and postsecondary readiness rates), and Steve Smith ’86 (CEO of GCommerce, a Des Moines software development firm). The panelists showed institute attendees how the idealism inculcated during their Grinnell education could fuel them in making positive change in the world outside the Grinnell bubble.

As the week progressed, participants cycled through multiple challenges in which they had to confront chaos and change — a trial-by-fire process in which they helped each person to refine and evolve his/her breakthrough blueprint, ending finally with a highly personalized roadmap for change in the organizations, groups, causes, or communities that matter to them, now or in the future.

In her anonymous post-institute reflections, one Grinnellian framed the experience and what she had learned from it this way: “What you do matters. Do not let internalized limitations prevent your vision from becoming a reality, because you can do it. You can change the world for the better. Go get ‘em.”