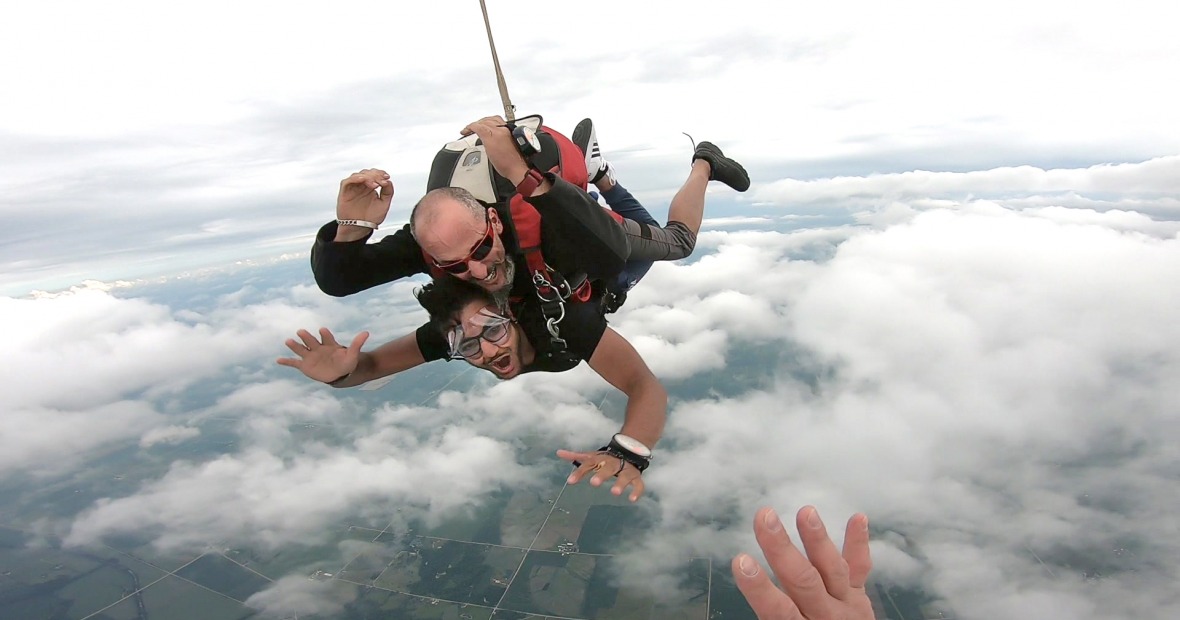 What is there to do when you’re unable to return home for the summer and are living in Grinnell, Iowa? Two friends and Grinnellians, Nick El Hajj ’24 and Shrey Agrawal ’24, didn’t let the warm weather and break from classes go to waste. They took an extreme and exciting approach to filling their summer days. 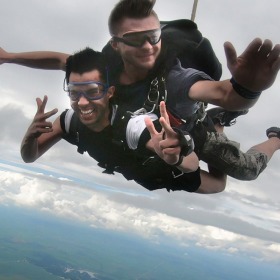 The sport of skydiving is a bucket list activity that they couldn’t wait to check-off. Both undeclared second-year international students, El Hajj from Lebanon and Agrawal from Nepal and India, lived in off-campus housing together for the summer while they saved up the funds needed to book their slot at Skydive Iowa in Brooklyn, a neighboring community in eastern Iowa.

Then finally in the fourth week of summer, El Hajj and Agrawal, with their friend Nandika Jhunjhunwala ’24, boarded the plane that took them 14,000 ft (about half the height of Mount Everest) in the air, where they tandem jumped with an instructor over the rolling Iowa hills.

A Summer of Firsts

While skydiving set a high bar, they spent the rest of the summer trying as many new things as possible around the state and Midwest. They took frequent trips to Des Moines to check out the Blank Park Zoo (the first ever zoo experience for El Hajj and the first U.S. zoo experience for Agrawal) and a classic car show. They jet skied on Lake Ponderosa with friends and even stopped by the bull riding competition that came to Grinnell. “Sometimes you just need that encouragement from your friends to get outside of your comfort zone,” says Agrawal. 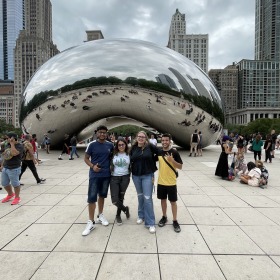 Capping of their experience was a trip to Chicago to check out the Willis Tower and its famous Skydeck, the Shedd Aquarium, and The Bean (Cloud Gate) sculpture in Millennium Park. “Our biggest regret is not trying Chicago-style deep dish pizza,” says Agrawal.

“We were home for so long and it feels like we have been in lock-down forever, so we are just trying to take advantage of everything now that we are here,” says El Hajj.

Their plans haven’t ceased since classes have begun either. El Hajj is considering joining Agrawal on a trip home to India over winter break. “I have a wedding to attend and want to show him what a real Indian wedding is like,” says Agrawal.

Making the Most of It

Their friendship began on the first day of their first year when they lived across the hall from each other. El Hajj lent Agrawal some bedding essentials and their personalities gelled instantly. “We met each other our first year at Grinnell and we are both just impulsive people that say yes to everything,” says El Hajj. 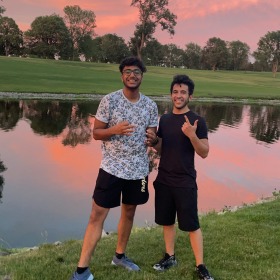 This is the first time both El Hajj and Agrawal have been to the United States and are doing their best to make the most of the experience. With a centralized location rooted in the Midwest, the two of them, plus a few other Grinnellians, have been able to travel around Iowa and across state lines to check out neighboring cities and attractions.

Both credit Grinnell as the location that fostered their friendship but also gave them the opportunities to try new things. “Grinnell College is a place where you can be independent and grow as a person,” says El Hajj. 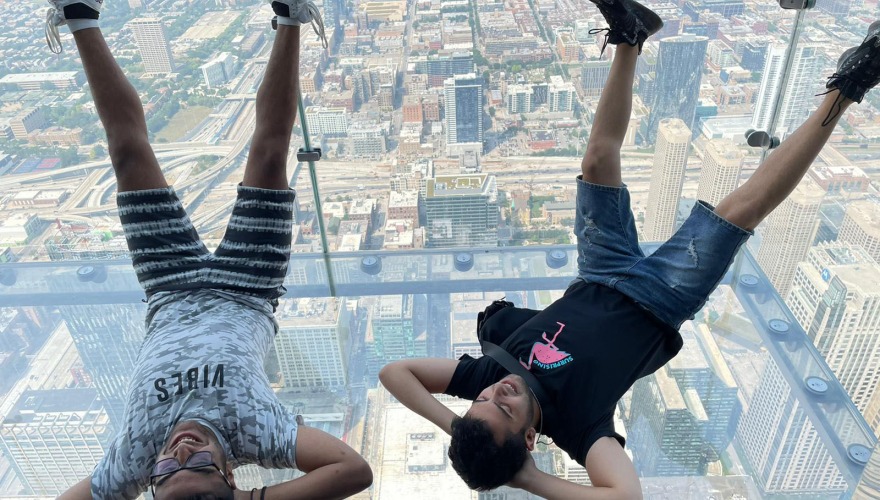