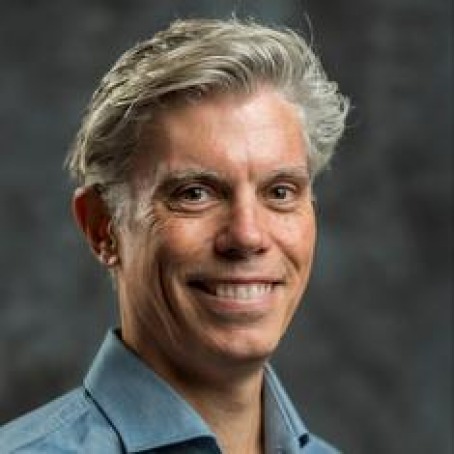 Grinnell College’s John Garrison, professor of English and chair of Peace and Conflict studies, has been awarded a 2021 Guggenheim Fellowship by the John Simon Guggenheim Memorial Foundation.

Professor Garrison is one of the two winners of the fellowship in the English literature category. The foundation has awarded 184 fellowships this year to “exceptional individuals,” including scientists, social sciences and humanities scholars, and writers and artists of all kinds, selected from almost 3,000 applicants. Since its establishment in 1925, the John Simon Guggenheim Memorial Foundation has granted nearly $400 million in fellowships to over 18,000 individuals, among whom are more than 125 Nobel laureates, members of all the national academies, winners of the Pulitzer Prize, Fields Medal, Turing Award, Bancroft Prize, National Book Award and other internationally recognized honors. In 2020 alone, four fellows were awarded Nobel Prizes and five won Pulitzer Prizes.

“I am thrilled to announce this new group of Guggenheim Fellows,” said Edward Hirsch ’72, president of the foundation, “especially since this has been a devastating year in so many ways. A Guggenheim Fellowship has always been meaningful, but this year we know it will be a lifeline for many of the new Fellows at a time of great hardship, a survival tool as well as a creative one. The work supported by the Fellowship will help us understand more deeply what we are enduring individually and collectively, and it is an honor for the Foundation to help them do what they were meant to do.” Upon receiving the prize, Garrison remarked, “I am honored to be among such an esteemed list of fellows this year.”

In addition to Garrison’s Guggenheim Fellowship, this year he has also been awarded a short-term research grant from the Renaissance Society of America and a summer stipend grant from the National Endowment for the Humanities. These awards will support Garrison’s work that explores the interplay between desire and memory in Shakespeare's poetry. The research uniquely combines perspectives from a variety of disciplines, including the early modern memory arts, neuroscience and psychoanalysis.