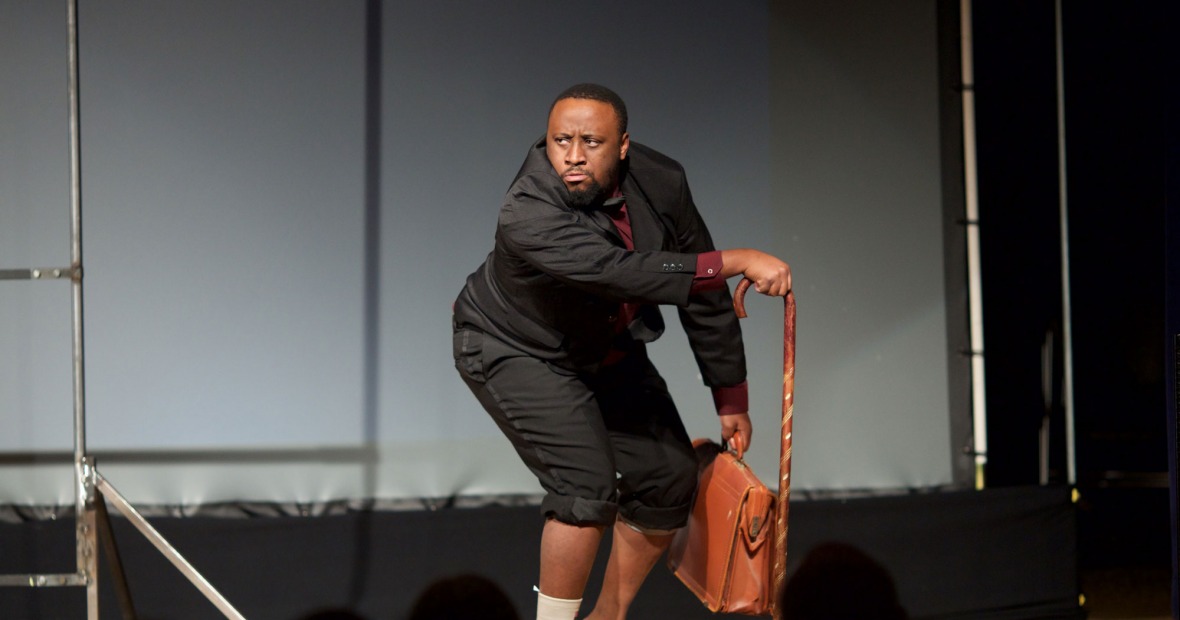 Adapted and directed by Phala O. Phala with Tony B. Miyambo as Red Peter the Ape.

Kafka’s Ape is an award-winning solo performance about a primate’s struggle to overcome the confines of captivity. The play takes a metaphorical view on South African society, highlighting the complexities of identity in a post-apartheid South Africa and in the human race in general.

Red Peter, the ape, embarks on a journey ignited by finding a way out of a cage he was confined to after his capture; a journey in which he contests identity based on outward appearance. The play provides a narrative that interrogates the intricacies of otherness. The play has toured to theatres in Europe, Africa, and United States.

Tony Miyambo holds a bachelor of arts in dramatic arts from the University of the Witwatersrand, majoring in performance studies and television studies. He has been involved in numerous productions around the world, including tours in the Czech Republic, the Netherlands, and in the United Kingdom. He is the 2014 winner of the Brett Goldin award, the Marta award for Best Performance at the Setkani Festival in the Czech Republic, and the Standard Bank Silver Ovation award.

This event is co-sponsored by the Center for the Humanities, Institute of Global Engagement, and the Department of Theatre and Dance.

This event is free and open to the public. Tickets are required and will be available beginning at noon Monday, Feb. 25, at the Bucksbaum Center box office.