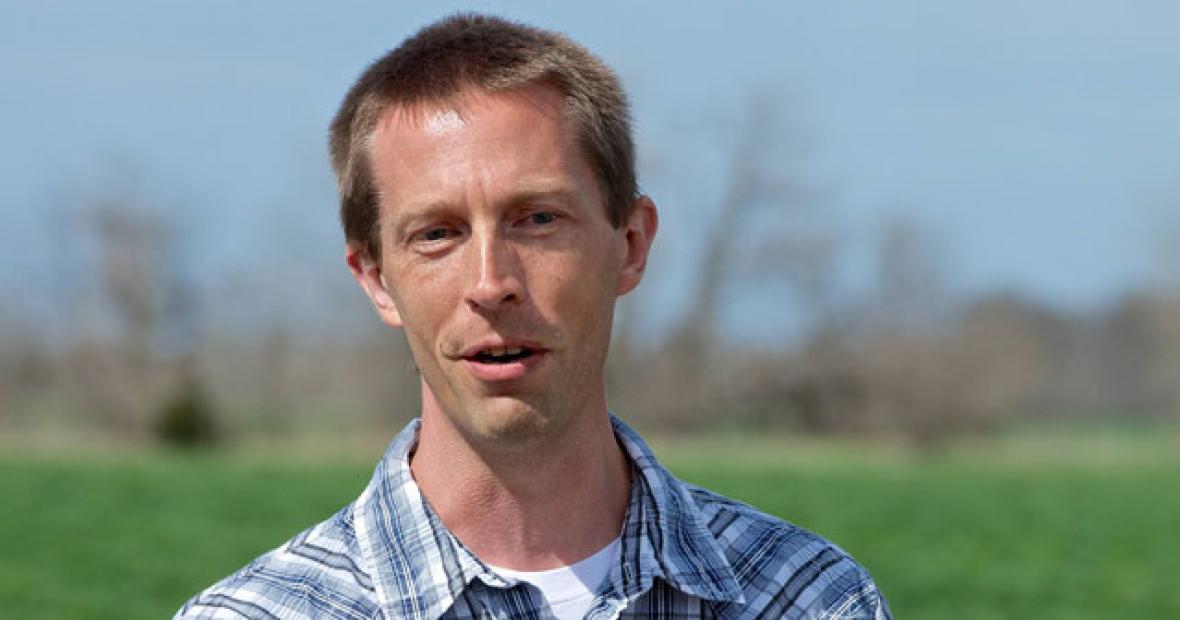 Lee DeHaan, lead scientist of the Kernza domestication program at The Land Institute in Salina, Kansas, will speak at Grinnell College on Tuesday, Oct. 10. DeHaan led the development of a new perennial grain crop, Kernza — derived from intermediate wheatgrass — and will report on its current state and potential for the future.

The talk, which is free and open to the public, is titled “Kernza Perennial Grain: Sustainable by Design.” Sponsored by the College's Center for Prairie Studies, it will start at 7:30 p.m. in the Joe Rosenfield ’25 Center, Room 101, 1115 Eighth Ave., Grinnell.

​For 10,000 years, humans have been looking to grain crops for food. Now that grain production fields occupy the majority of arable land on the planet, DeHaan hopes grain fields will provide more than just sustenance. Scientists like DeHaan began to work on inventing entirely new grain crop species that live for years, and have the potential to improve water quality, greenhouse gas mitigation, wildlife habitat, and soil quality.

One such crop is Kernza, which is described as the first new perennial grain in 10,000 years. In his talk, DeHaan will discuss the possibilities Kernza offers. Research has now expanded worldwide, and collaborators are working on Kernza at institutions in the United States, Canada and Europe.

A Minnesota native, DeHaan obtained a B.A. from Dordt College in Sioux Center, Iowa, with majors in biology and plant science. He was awarded an M.S. and Ph.D. in the areas of agronomy and applied plant science from the University of Minnesota.