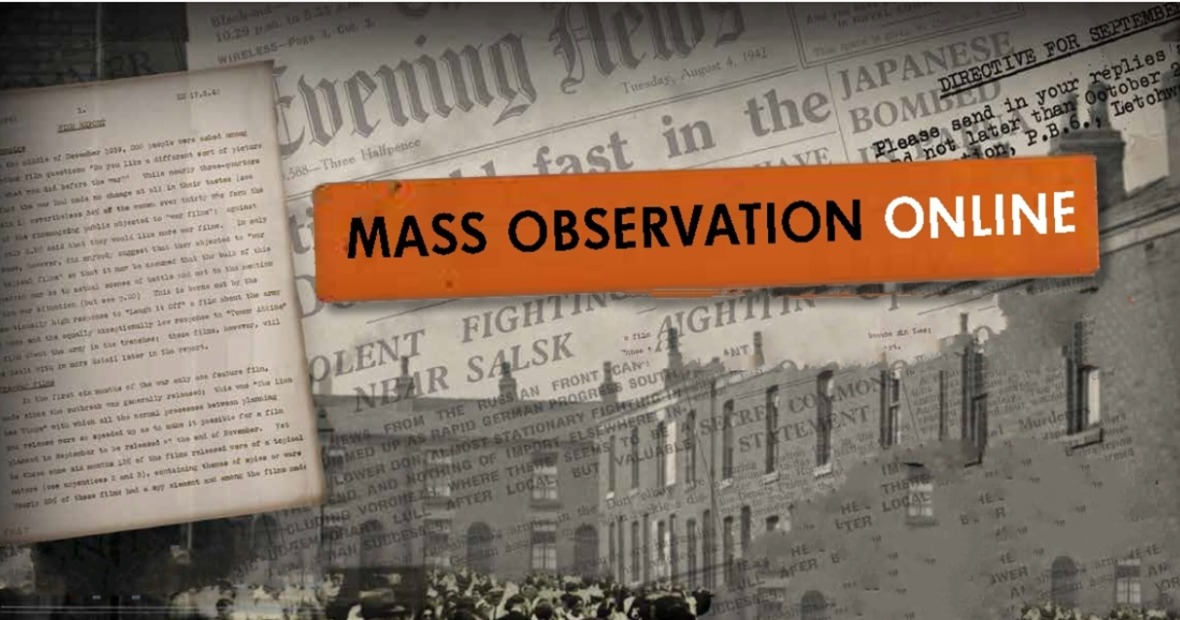 A pioneering social research organization, Mass Observation was founded in 1937 by anthropologist Tom Harrisson, film-maker Humphrey Jennings, and poet Charles Madge. Their aim was to create an ‘anthropology of ourselves,’ and by recruiting a team of observers and a panel of volunteer writers they studied the everyday lives of ordinary people in Britain.

This resource covers the original Mass Observation project, the bulk of which was carried out from 1937 until the mid-1950s, offering an unparalleled insight into everyday life in Britain during these transformative years. The Archive of Mass-Observation has been used by anthropologists, cultural and social historians, literary scholars, performance artists, sociologists, and those working in education, war studies, and gender studies.

Mass Observation Online is just one of the online resources offered by the Library. Please check out our list of newest databases in our Databases A-Z list.