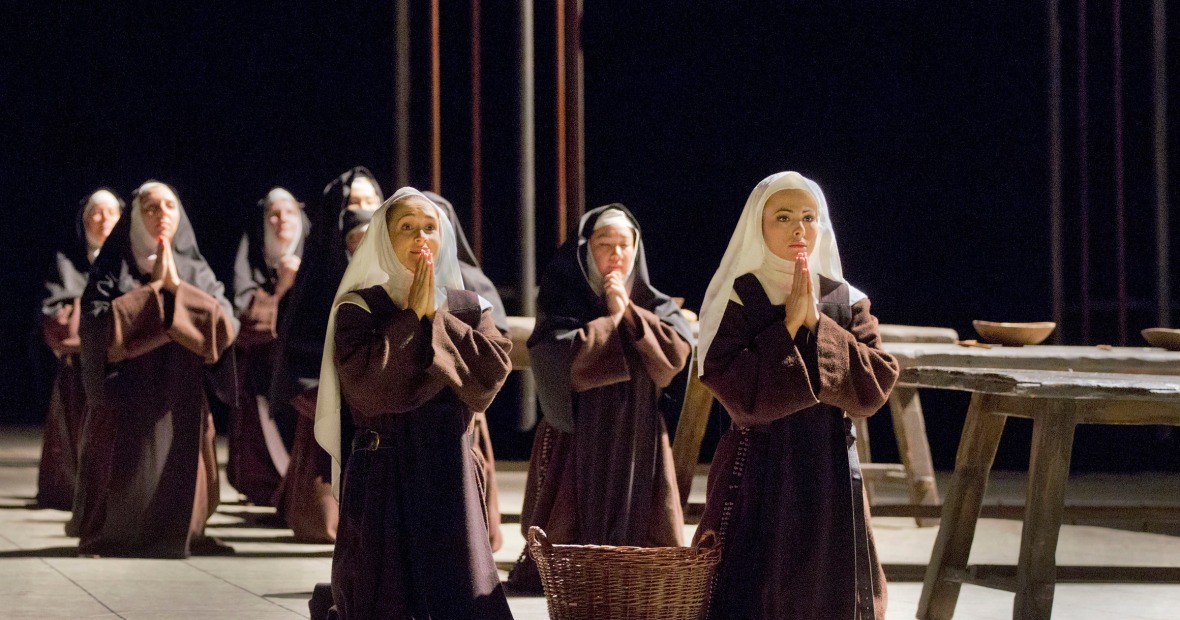 Dialogues de Carmélites, composed by Poulenc, is one of the most successful operas of the later decades of the 20th century and the final performance in the Met’s Live in HD Series for 2018-19. It is also a rare case of a modern work that is equally esteemed by audiences and experts.

The opera focuses on a young member of an order of Carmelite nuns, the aristocratic Blanche de la Force, who must overcome a pathological timidity to answer her life’s calling. Carmelite nuns live in cloistered monasteries and follow a completely contemplative life.

The score reflects key aspects of its composer’s personality: Poulenc was an urbane Parisian with a profound mystical dimension, and the opera addresses both the characters’ internal lives and their external realities.

The opera takes place between 1789 and 1794 in Paris and in the town of Compiègne in northeastern France, the site of the Carmelite nuns’ convent. Its historical basis is the martyrdom of a group of 16 Carmelite nuns and lay sisters from Compiègne, who chose to offer themselves as victims for the restoration of peace to France during the French Revolution.

Conductor Yannick Nézet-Séguin leads this classic John Dexter production of Francis Poulenc’s devastating story of faith and martyrdom. Mezzo-soprano Isabel Leonard sings the touching role of Blanche and soprano Karita Mattila, a legend in her own time, returns to the Met as the Prioress.