For the Love of Comics (and History) 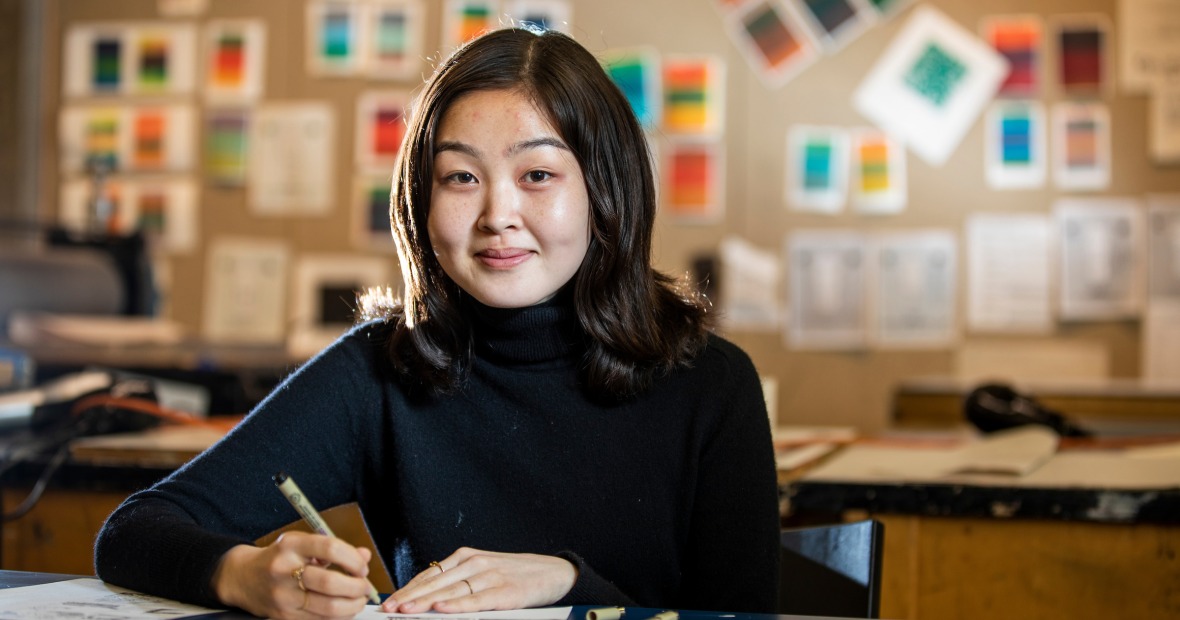 How do you translate a 35-page research paper into a comic?

Sam Nakahira ’19, a history major from California, wanted to find out.

Enriching Her Education Through Deep Research

For her Mellon Mays Fellowship, Nakahira researched Japanese American farmers and food retailers in California. She focused on the 1970s to the present because she discovered that most research had been done on the period before World War II.

Her work included 3 case studies. “One of them was Bill Fujimoto, a Berkeley food retailer,” Nakahira says. “He was the first person to source Alice Waters, who is a chef at Chez Panisse. People credit her for sparking California cuisine during the 1970s and, through that, impacting local farm-to-table movements.”

After writing her research paper, Nakahira tried creating an outline of it for her comic. The outline naturally followed the paper’s structure. While stating your thesis in the beginning is typical for a scholarly essay, Nakahira didn’t think readers would stick with a comic if she revealed the takeaway too early.

“In my comic, I realized I couldn't state my argument explicitly, so that was something I struggled with,” she says.

She decided to focus the comic on a single case study — Bill Fujimoto’s — rather than try to accommodate all three studies. “I thought it would be difficult to condense all the information, and I might lose the attention of the readers by putting so much information in the book.” 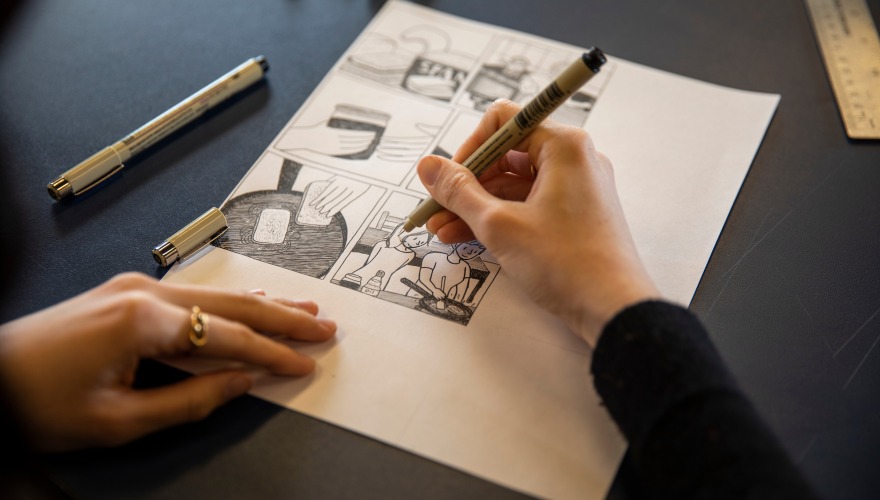 She had to think about how to engage readers in her story, keep their attention, and make them want to learn more. A tall order.

Although Nakahira found her topic interesting, she wasn’t sure her readers would. So she considered using herself as character.

In the comic, Nakahira asks herself and the reader questions about Japanese culture and its influence on Bill Fujimoto. She doesn’t explicitly answer the questions, instead guiding the reader to see her point, “but not forcing it over them,” she says.

Incorporating Japanese culture in her comic, especially the Japanese work ethic, also helped Nakahira see herself differently. “I gained more pride in my heritage and background,” she says. She thinks sharing her own quest for learning adds resonance for her readers and makes them more invested.

“I think that direction was really helpful in creating this story,” Nakahira says. “It was suggested by my adviser, [Assistant] Professor Jeremy Chen.” Chen is a member of the studio art faculty and specializes in printmaking, drawing, and sculpture.

Nakahira asked Chen to mentor her, and they worked together throughout the 2018–19 school year (a 2-credit independent study in the fall and a Mentored Advanced Project in the spring).

“During the fall semester, we worked on creating this story, which took a long time and a lot of drafts,” Nakahira says. She and Chen met each week, and he offered feedback.

Next she drew thumbnail sketches. “These were very sloppy to figure out the word and image combinations,” she says. Pencil drawings followed.

During the spring semester, Nakahira experimented with different art techniques, such as watercolor and washes to add color.

“We eventually agreed on just doing ink, because that was what I was more used to doing.” She thinks it may have taken the whole semester to get used to using watercolors and washes. “It was good practice for making me think about value differentiation, where to add color, more emphasis,” she adds.

Pursuing Her Own Ideas

Nakahira intends to continue making comics, perhaps one day translating her research as a history professor into comics. Her next step is attending an MFA program at the Center for Cartoon Studies in Vermont.