As the COVID-19 pandemic continues worldwide, a majority of Americans say they feel it is unsafe to send children, preschool through college age, back to school this fall, according to the newest edition of the Grinnell College National Poll. The poll, a partnership between Grinnell College and nationally renowned polling firm Selzer & Company released on September 2, 2020, shows a sharp partisan divide has developed over the perceived risk of in-person education. 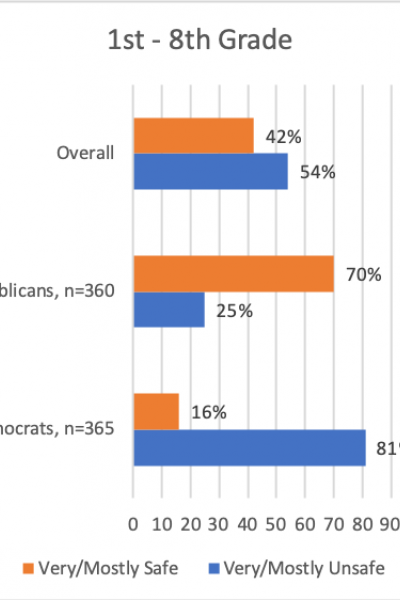 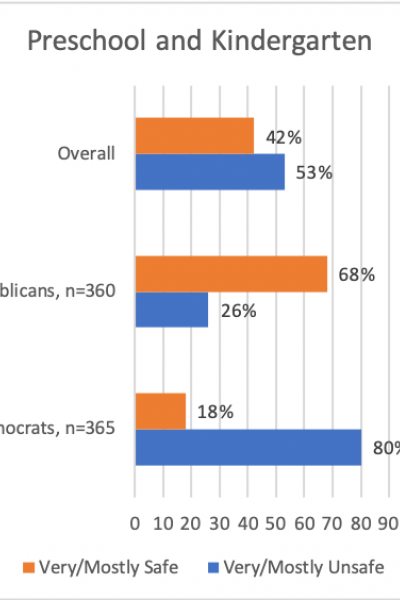 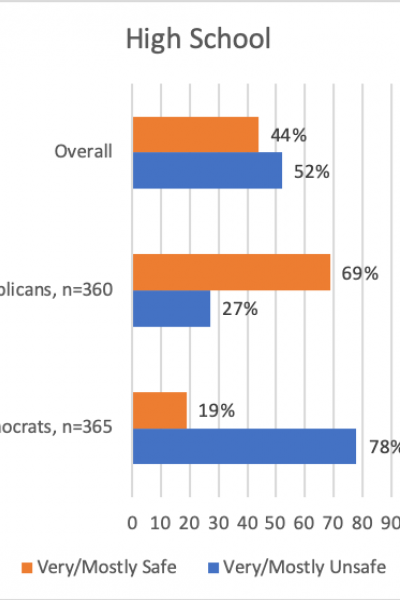 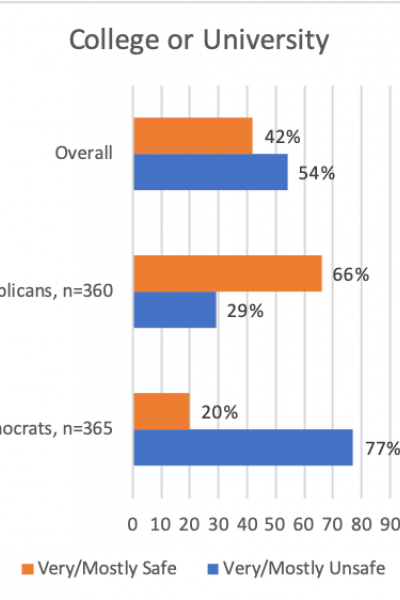 “We checked four different grade levels, and in every case a small majority felt that things were more unsafe than safe,” said J. Ann Selzer of Selzer & Company. “But when you dive in, you see this wide partisan divide – 2 out of 3 Republicans see schools as mostly safe, whereas nearly 3 of 4 Democrats are saying they find schools mostly unsafe.”

“Schools have long been thought of as local institutions. The federal government weighing into broader questions of whether schools can or should open has deeply politicized schooling,” said Associate Professor and Department Chair of Education at Grinnell College Cori Jakubiak. “To the extent that people mistrust the federal government’s handling of the coronavirus, they also mistrust its recommendations on schools.”

A majority of Americans (52%) say that President Trump is not doing enough to contain the virus. 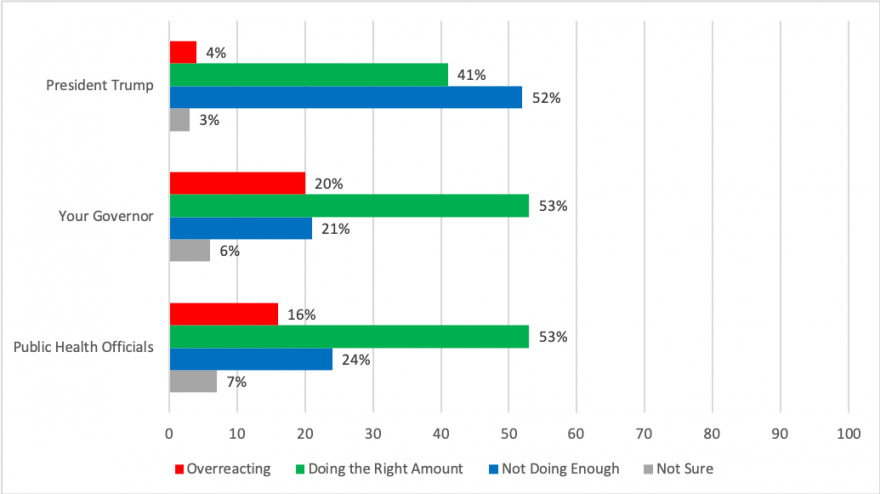 “Not only is President Trump seen as not doing enough in response to the COVID-19 situation by a majority, his job approval for handling the coronavirus has fallen by 11 points since April,” said Associate Professor of Political Science at Grinnell College and Grinnell College National Poll Director Peter Hanson. “The march of the virus through American communities has taken a toll on Americans’ confidence that the president can manage this crisis."

Impacts of COVID-19 Felt Differently Depending on Demographics

The poll illustrates that the pandemic’s impact varies depending on age, gender, and racial background. Younger Americans are feeling the economic effects more acutely, with 34% of those under the age of 35 saying they have been laid off or furloughed or expect to be. Only 15% of those 55 and over say the same.

Supervising online education for children in the home has largely fallen to women, with 38% responding that this has already happened, or they expect it to happen soon, compared with 26% of men saying the same.

“These data confirm that online schooling is increasing gender disparities at home,” Jakubiak said. “Women are already more likely than men to take on the bulk of domestic childcare, cooking, and cleaning; now, they are also disproportionately supervising online schooling. It suggests that mothers, not fathers, still bear the brunt of assuring their children's educational success.”

Fifty-three percent of Americans think the U.S. economy is worse than it was when President Trump took office at the beginning of 2017. This negative view represents an increase from 42% in March of 2020 and 33% in October of 2019. However, a majority, 54%, expect the overall strength of the economy to be better than it is now in the next 12 months.

“What we have been experiencing in the country clearly translates into pessimism about how the economy will do going forward,” said Assistant Professor of Economics at Grinnell College, Tammy McGavock. “Only 45% of women and 43% of people of color think that the economy will be stronger in 12 months. On the other hand, 67% of white men believe the economy will be better soon. It’s not certain how these numbers will translate into votes in the November elections, but President Trump’s approval rating is highest among white men too.”