Motion-Capture for the Liberal Arts — and Beyond 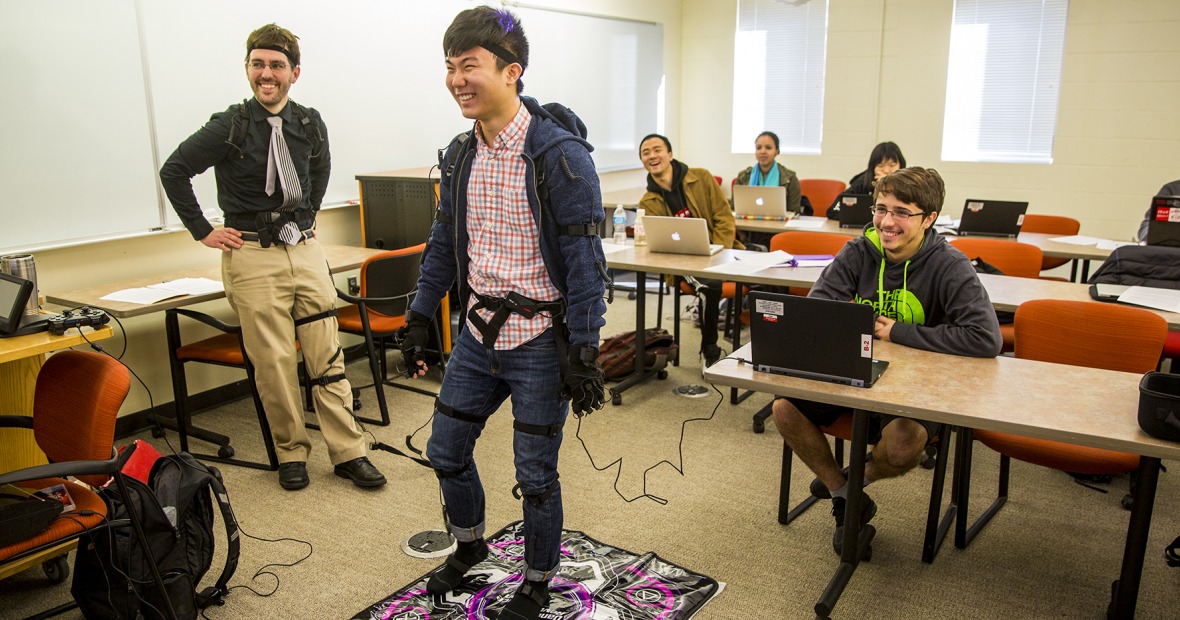 For students enrolled in Motion Capture of Human Movement, a new seminar taught by Damian Kelty-Stephen, assistant professor of psychology, there is no such thing as a typical class. 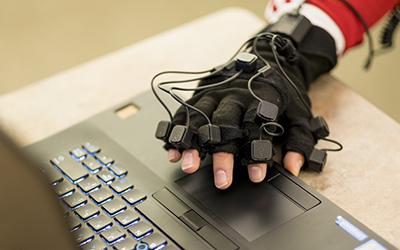 One day, students might play virtual reality video games while wearing Perception Neuron motion-capture suits, purchased with support from the Innovation Fund. The next, they might huddle around computers, working with lab partners to analyze biomechanics by writing code. Or perhaps, they are writing reports that explain their experimental findings to the general public.

Although the course involves coding and basic engineering skills, it was designed to appeal to a broad range of students with varying levels of technical expertise. And while motion-capture may be the topic, the heart of the class is the process of developing, testing, and applying what they learn.

Because the course relies on new technologies, students devote considerable time to the frustrating, rewarding process of learning through exploration. And Kelty-Stephen isn’t afraid to let them stumble along the way — both figuratively and literally.

“Motion capture is a developing technology, which is both exciting and messy,” he says. “I’m pretty up front with students about how if things don’t go exactly as planned, that’s good news to me.”

When two students came to his office to discuss their struggles with the motion-capture suits, Kelty-Stephen helped them see an opportunity to experiment. “They felt like they were breaking the machine, but what they did actually helped discover that the suits can function flexibly in a variety of configurations,” he says. “There’s a real benefit to giving a few people a tool and exploring what it can do.”

After learning how to operate the suits, students captured biomechanical data while engaged in a variety of activities, like ping pong, basketball, and virtual reality video games — to name a few. Across several trials, they measured performance (e.g., points scored) while doing the task in a variety of ways. For instance, one experiment tested how walking with eyes open or closed affected the biomechanics of legs swinging across steps — a process that we rely on to be so regular that many of us fortunate enough to be sighted and bipedal generally pay it no attention.

For their final project, students investigated applied research questions of their own. Working in pairs, they found unsafe or inaccessible spaces on campus, like steep ramps and hidden curbs. Using the suits, they collected data while traversing the area under a variety of conditions (e.g., with crutches versus without). After analyzing their findings, students wrote brief empirical reports that they plan to present to Grinnell’s office of Accessibility and Disability Services.

Learning to Code, and Other Life Skills 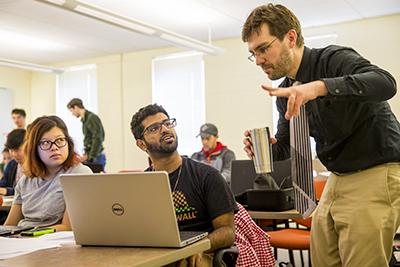 To analyze the motion-capture data, students learned basic coding in R, an open-source programming language that is commonly used for statistical computing. By testing for significant differences in factors like acceleration, velocity, and limb coordination, they were able to quantify how differences in motor function affect task performance.

Most students had never learned to code before enrolling in Kelty-Stephen’s class. “As somebody who came in with no background knowledge, that aspect of the class was a little intimidating,” says Joseph MacDonald ’18, a psychology major. “But while learning to code can definitely be a challenging and frustrating process, it ended up being one of my favorite parts of the course.”

Halfway through the semester, MacDonald decided to create his own website for a startup summer camp. “I started learning how to code in HTML, and I was able to transfer a lot of the knowledge that I learned from R,” he says. “Not only did the class improve my technical skills, it also gave me confidence that I could go out and apply what I learned.”

To Kelty-Stephen, those skills of patience and confidence are more valuable than mechanical or coding expertise. “People can really get insecure and frustrated when they don’t understand why something isn’t working,” he says. “It’s a very humbling experience to have your clear thoughts and introspections get the rough filter of a machine that doesn’t know how to anticipate and expect all that you want.

“But when you stare this stuff down, you build confidence in your ability to calmly break down problems into smaller pieces,” he continues. “That transports well beyond any button-pressing that we do. It’s a deep skill about working with adversity.”

Motion-capture science isn’t just an intellectual exercise. This emerging technology is increasingly making impacts in a wide range of fields, from entertainment to healthcare.

“Even the insurance companies are using motion capture to figure out how at risk people are for different accidents,” Kelty-Stephen says. “I want to make students feel how useful and public this science can be.”

“Academics in general, and scientists in particular, struggle to communicate their findings to the public,” says Kelty-Stephen. “If you want your work to reach a wider audience, you have to make it welcoming to people outside of your specific field. And sometimes that means stepping away from the esoteric language.”

MacDonald agrees. “At first, it was really challenging to write weekly reports about abstract topics that I wasn’t even sure I fully understood,” he says.

“But being forced to break the science down and explain it in plain language did two important things: it improved my own understanding, and it also gave me the tools to explain what I was learning to other people. All in all, it was a really worthwhile process.”