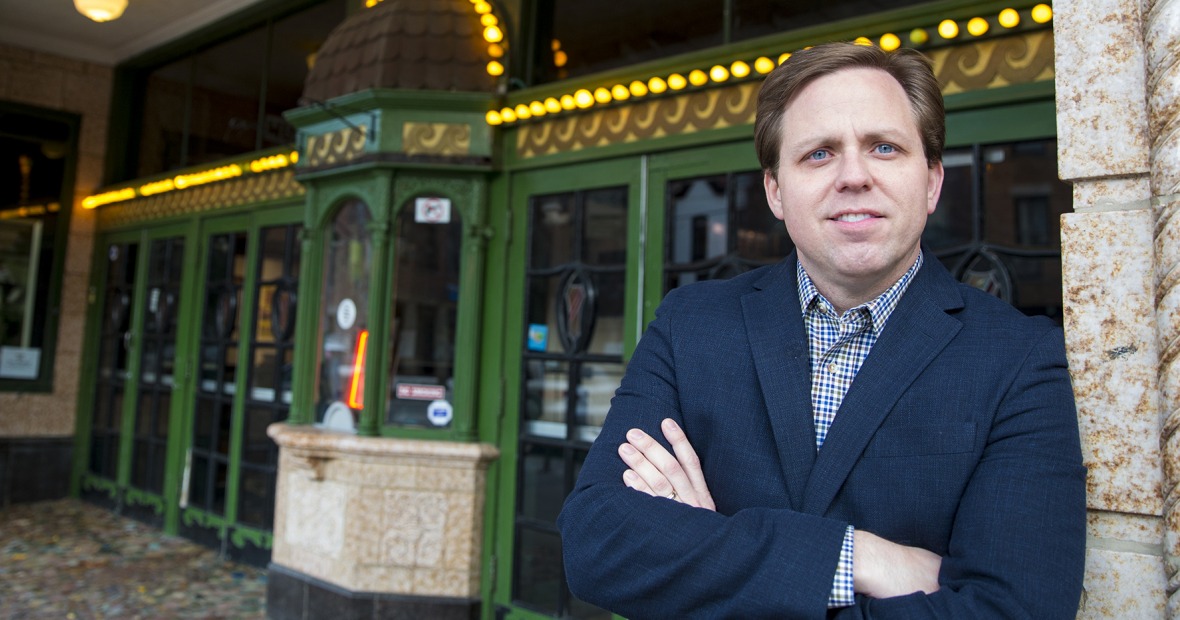 “I never had just one thing that I was pursuing. I wanted to keep exploring and keep doing what I was naturally interested in doing. Every opportunity I’ve had just combined all those passions.”

These words of wisdom reveal the key to Adam Kempenaar ’97’s success. In a world where many limit themselves to the pursuit of just one interest, Kempenaar has proved that it is truly possible to have it all.

As one of the founders and hosts of the popular movie review podcast Filmspotting, Kempenaar understands what it’s like to revive a dream dusty from lack of use. Although he was busy with a family and a full-time career, Kempenaar and his friend, Sam Hallgren, decided to resuscitate their old love of discussing movies by starting a podcast in which they would review and critique films in 30-minute segments.

Within just months of launching the show in 2005, Filmspotting’s audience had climbed from 1,000 listeners to over 10,000. Now, 10 years and 550 episodes later, Filmspotting has continued to thrill and excite both its viewers and its hosts.

The success of Filmspotting led to a monthly radio show on WBEZ Chicago Public Radio, echoing Kempenaar’s fascination with radio during his time at Grinnell, where he ran two radio shows on KDIC campus radio.

Filmspotting attracted the attention of the head of the film program at a continuing education school. Before Kempenaar knew it, yet another dream was coming to fruition — a chance to teach film classes at the University of Chicago’s Graham School.

“At Grinnell, I was an English major and I always wanted to teach. I realized that I wasn’t cut out to be an English professor, but that didn’t mean I couldn’t teach in some capacity. This was something I really wanted to do and it seemed like a dream opportunity.”

Added to the lengthy list of Kempenaar’s occupations is his full-time career as senior director of new media and creative services for the Chicago Blackhawks. “I had a friend at Grinnell who would always come to our dorm room and play hockey video games. All the time it was hockey, hockey, hockey,” says Kempenaar. “And now he sees pictures of me on Facebook holding the Stanley Cup! It’s crazy that, 20 years later, here I am doing that for a living.”

Kempenaar has achieved what many college graduates have come to view as a foolish ideal — the aspiration to live all your passions, and make a living while doing it. By choosing to follow all the threads that tugged at his curiosity, Kempenaar has woven a web of interconnected triumphs, fueled by his persistent desire to always keep learning. By not fixating on a single goal, he has been able to expand his ability to wear many hats.

“Whether it’s podcasting or whether it’s the Blackhawks, I have always been prepared to do what I want to do simply because I’ve followed whatever I’ve been interested in,” Kempenaar says.

“I’m really lucky that I get to mix all my passions. I love sports, I love film, I love teaching, and I do all of them!”