A New Approach to Learning Physics 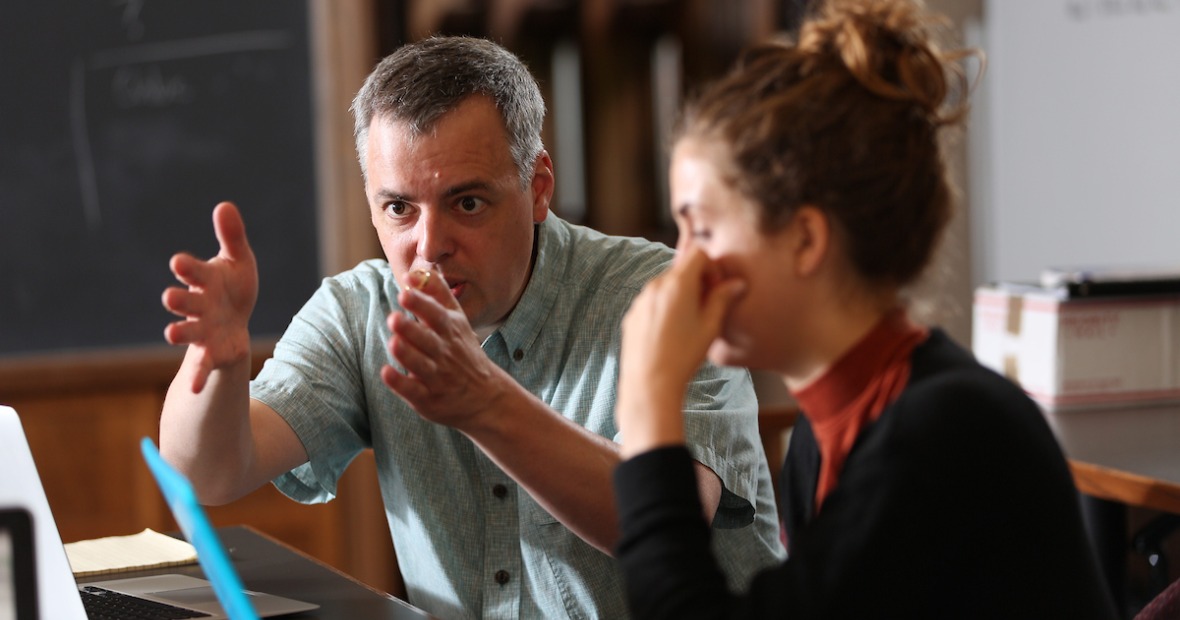 How to Learn Physics (EDU/PHY 115) functions under the guiding principle of Einstein’s quote, “The whole of science is nothing more than a refinement of everyday thinking.” As the course begins, students identify an intriguing physical phenomenon to explore further. From there, they use everyday reasoning to make conjectures about what could be happening in the phenomenon and to test those conjectures.

“I want students to become more aware of their own learning in a science class. I provide the framework for thinking about their learning process and ask them to reflect on that process,” says Associate Professor Paul Hutchison. “Many students come into it with the view that science classes are about terms or formulas and are surprised to learn science as a process of genuine sense-making rather than memorizing ideas that sometimes don’t make sense to them.”

While traditional physics courses begin with ideas and then teach students how to apply those ideas to phenomena, How to Learn Physics flips the order by beginning with an occurrence and using ideas to make sense of it. In this way, students are more likely to understand the utility of the ideas, which are not just facts to be memorized, but rather ways of understanding a phenomenon.

The course description states that it is designed for students “who might be interested in physics but are a little mystified or intimidated by it.” The course’s intent is to give students the opportunity to discover science for themselves rather than to simply memorize what others have done.

“To build on the quote from Einstein — he was commenting on the doing of science, and I see relevance in that quotation to the learning of science. Learning science in a classroom is similar in important ways to what professional scientists do as they construct new knowledge,” says Hutchison. “That is the same process occurring in my class. Ultimately, the learner must do the intellectual work of discovery on their own, but I can guide students to understanding the process itself.”

Learn more about studying Physics and Education at Grinnell.